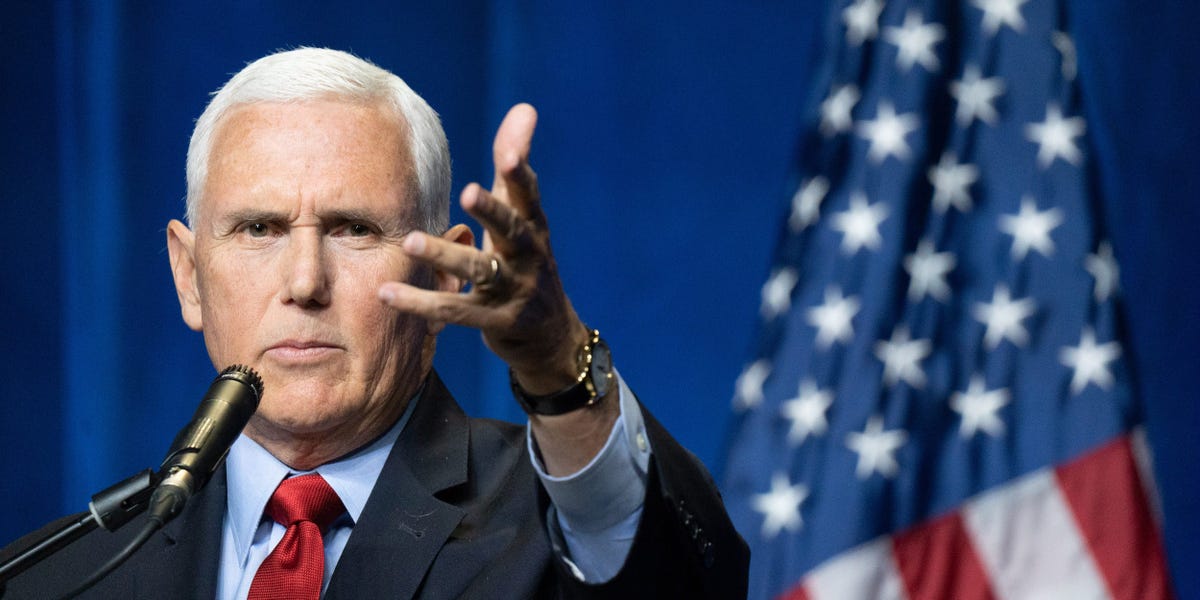 Former Vice President Mike Pence said that he looked to founding father James Madison and the Bible when he decided to defy former President Donald Trump and certify the results of the 2020 election.

Pence was speaking at an event for young conservatives at the University of Iowa on Nov. 1. During a question-and-answer segment after his speech, an audience member named “Jared” requested that Pence identify who in the White House counseled him to “buck President Trump’s plan and certify the votes.” Jared also suggested that Pence changed his mind and decided to certify the votes because he didn’t want to damage his future chances of running for office.

In response, Pence said that on Jan. 6 he looked to James Madison —the fourth president of the US, who is known as the “father of the Constitution” — a response that drew applause from the audience. Pence also denied that he was advised that it would hurt his chances of running for president in future elections if he followed Trump’s plan to overturn the election results.

Pence then cited a verse from the Bible, referencing the oath of office he took to defend the Constitution.

“Psalm 15 says he keeps his oath even when it hurts,” Pence said.

Pence added that he had written a letter to Congress expressing his concerns about what he said were voting irregularities in several states.

“I continue to share those concerns, and I support efforts in states to improve voter integrity as has been done in places like Georgia and Arizona and elsewhere,” Pence said, despite there being no evidence of widespread voter fraud in last year’s election.

“I understand the disappointment in the election. You might remember I was on the ballot,” Pence added. “But you’ve got to be willing to do your duty. And the time may come that some of you are in that position, or one like it. And I just have a feeling based on the shining faces I’m seeing around here you’re going to be men and women who do your duty in that time as well.”

Many Trump supporters turned on Pence when he broke with Trump and presided over the certification of the 2020 vote count, even erecting makeshift gallows and chanting “hang Mike Pence” during the Capitol riot. The former president also tweeted that Pence did not have “the courage to do what should have been done” while a pro-Trump mob was sieging the Capitol building.

This June, Pence said that he and Trump may never “see eye to eye” on the events of Jan. 6.