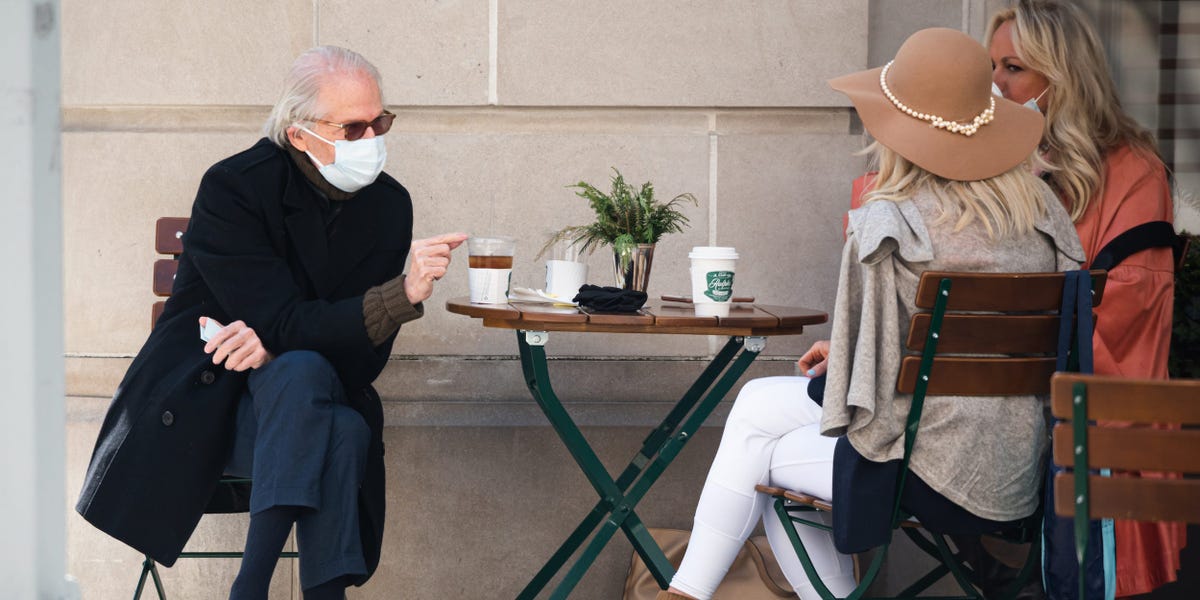 New York City millionaires are about to fall under the highest tax rate in the country.

Gov. Andrew Cuomo and state legislative leaders are coming close to agreeing on a 2022 budget proposal that would create an extra $4.3 billion a year by raising income and corporate taxes, The New York Times’ Luis Ferré-Sadurní and Jesse McKinley reported. The proposal calls for two new personal income tax brackets set to expire by the end of 2027, per exclusive details given to the Times.

These tax rates hit especially hard for New York City’s highest earners. The city already has a top income tax rate of 3.88%. If the budget proposal is approved, they would be shelling out between 13.5% and 14.8% in both state and city taxes, per the Times. That exceeds the country’s current marginal income tax rate high: 13.3% for top earners in California.

Cuomo said in January he planned on raising taxes if the White House didn’t help the state recover from its $15 billion deficit, Insider’s Grace Dean reported. It’s the highest deficit in New York’s history, she wrote. The state’s biggest deficit prior to this was $10 billion, which Cuomo said was “very very hard” to manage.

In an address, Cuomo attributed New York’s deficit to the state being “assaulted by the federal government” over recent years as well as to the cost of COVID-19, which caused the state’s revenues to fall by $5.1 billion.

As the epicenter of the US’ first wave of COVID-19, New York City was slammed with small business closures and saw many of its top-earning residents move to take advantage of taxes in other states. Urbanism expert Richard Florida told Insider the flight of the wealthy caused a lot of financial pain for superstar cities like New York.

Cuomo called for the federal government to provide New York with emergency pandemic relief. He said that if Washington only gave the state $6 billion in a “worst-case scenario,” he would hike taxes to cover the difference.

“We have a plan in place, a strength that we have not had before and I believe our future is bright, but Washington must act fairly if we are to emerge on the other side of this crisis,” he said.

While Democrats considered raising more than $7 billion in new revenue for the state, the Times reported, such discussions fell to the side when President Joe Biden’s $1.9 trillion stimulus package was approved, which included $12.9 billion in direct aid for New York state. It also included $5.6 billion for New York City, which Insider’s Juliana Kaplan reported may have saved catastrophic cuts to the city budget.

Cuomo has resisted raising taxes for years out of fear it would drive businesses and the wealthy to other states. If all of the wealthiest New Yorkers fled the city, they could take more than $133 billion with them. That’s how much the top 1% of New Yorkers earned in income in 2018, a report from Bloomberg found.

The Times attributed Cuomo’s change of mind to the economic fallout of the pandemic, a growing progressive influence in the legislature, and the governor’s own “waning influence.”

The budget proposal is due to be finalized as Biden reportedly gets even more serious about taxing the wealthy. He’s said that Americans making over $400,000 will see a “small to significant” tax increase and high-earning Americans could see their top income-tax rate increase to 39%.

If both Biden and Cuomo’s tax proposals are enacted, that means the richest New York City dwellers could be paying out more than half of their earnings in taxes.