A frigid blast of winter weather across the U.S. plunged Texas into an unusually icy emergency Monday that knocked out power to almost 4 million people and shut down airports and icy roads. David J. Phillip/AP hide caption 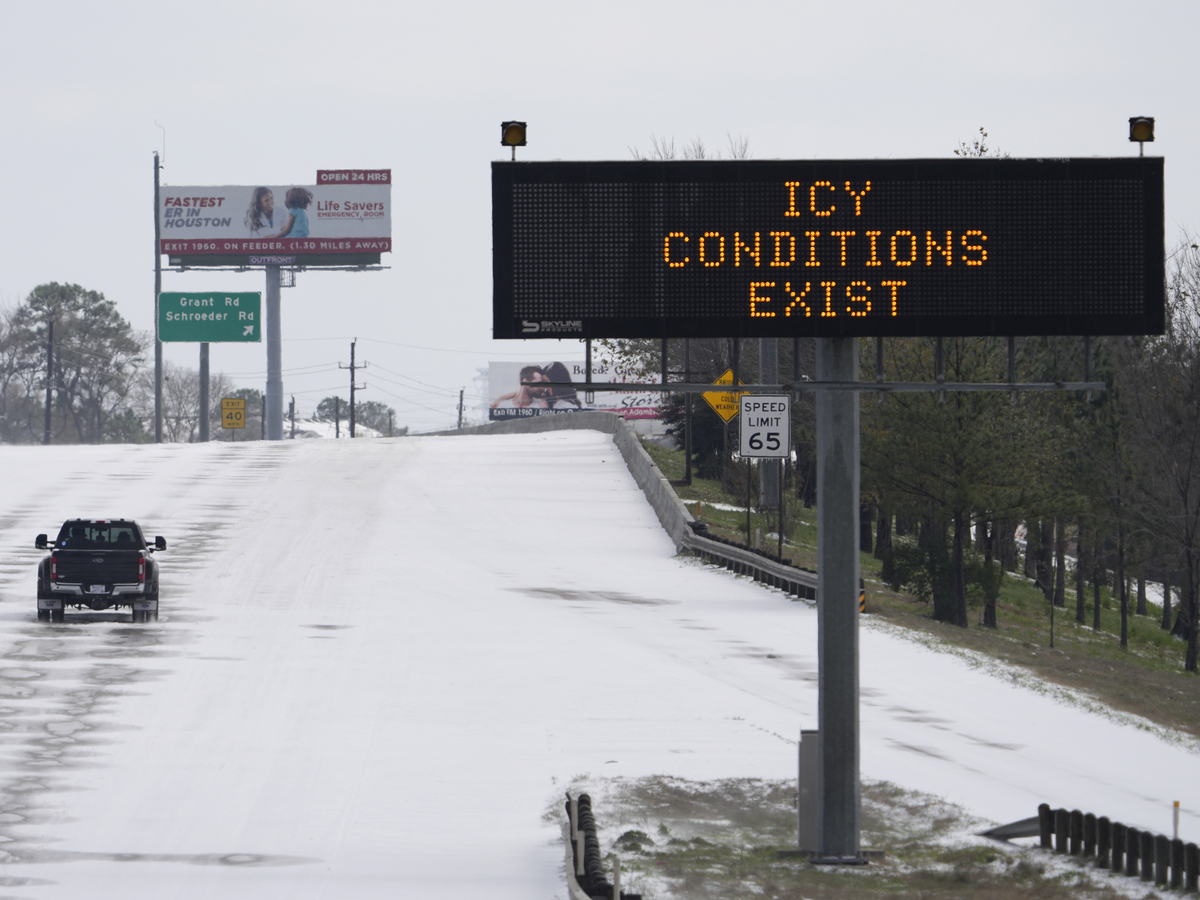 A frigid blast of winter weather across the U.S. plunged Texas into an unusually icy emergency Monday that knocked out power to almost 4 million people and shut down airports and icy roads.

A winter storm that brought bitter cold, snow, and ice and left millions without power in Texas and northern Mexico will extend its grip through Tuesday.

The National Weather Service reports extremely cold temperatures ranging from -5 to 3 degrees is predicted through at least noon on Tuesday for all of North and Central Texas.

As the state deals with piercing cold, roughly 3.9 million Texans are without power as of early Tuesday morning after the power grid failed.

Texas Gov. Greg Abbott announced late Monday that the Texas National Guard was being deployed to help get people to heating centers. He said state agencies are sending additional resources and personnel to help local officials clear roadways and to assist essential workers.

“The state has also deployed resources to assist Texans without power and to help essential workers continue to carry out their jobs,” Abbott said in a statement. “In the meantime, I encourage all Texans to continue to stay off the roads, and conserve energy as state agencies work with private providers to restore power as quickly as possible.”

Abbott issued a disaster declaration for all 254 counties Friday. The White House granted Abbott’s request for a Federal Emergency Declaration for Texas in response to the severe winter weather.

Attempts to keep the heat and lights on at the onset of the severe weather failed. Rolling blackouts scheduled early Monday to conserve Texas’s energy supply turned into extended blackouts that are now expected to last well into Tuesday, and possibly longer, energy company officials said.

The Electric Reliability Council of Texas said the grid lost some 34,000 megawatts of power. Energy sources powering the grid were knocked offline, most of which were powered by natural gas, coal or nuclear energy, according to Houston Public Radio.

The state grid was already facing some shortages because of frozen wind turbines and limited gas supply.

In North Texas, energy provider Oncor said power outages in the region, previously expected to last just 45 minutes, will be “significantly extended” and told customers to be prepared to be without power for awhile.

ERCOT said it restored power to some 500,000 households Monday afternoon.

The power supply outages in Texas affected millions of people across the border in northern Mexico, where the Associated Press reported almost 5 million customers were left in the dark.

Residents in Juárez and some other areas in the state of Chihuahua were affected, according to KVIA News in Ciudad Juarez.

Roughly 65% had their power restored by midday on Monday, according to the Federal Electricity Commission.

Dallas County Judge Clay Jenkins declared an emergency in the county because of the record cold and said he fears people may die from it.

“There is a danger of people freezing if this gets worse and the grid doesn’t do what it needs to and they don’t get their power back on,” he said.

In Dallas-Fort Worth, residents reported power outages lasting a least a few hours, according to KERA News in Texas.

Jenkins asked non-essential businesses to stay closed until 10 a.m. Tuesday to help the region conserve power. He asked every business and homeowner to set thermostats no higher than 68 degrees.

In Fort Worth, northside residents are being asked to boil their water because of the power outage at the Eagle Mountain Water Plant, KERA News reported. The water plant lost power in a blackout Monday.

Air travel in and out of Texas has also been impacted.

Dallas-Fort Worth International Airport said they are experiencing flight delays and cancellations that are expected through Tuesday.

All arrival and departure flights at Austin-Bergstrom International Airport Tuesday are canceled for the second day, the airport said.
Source Link