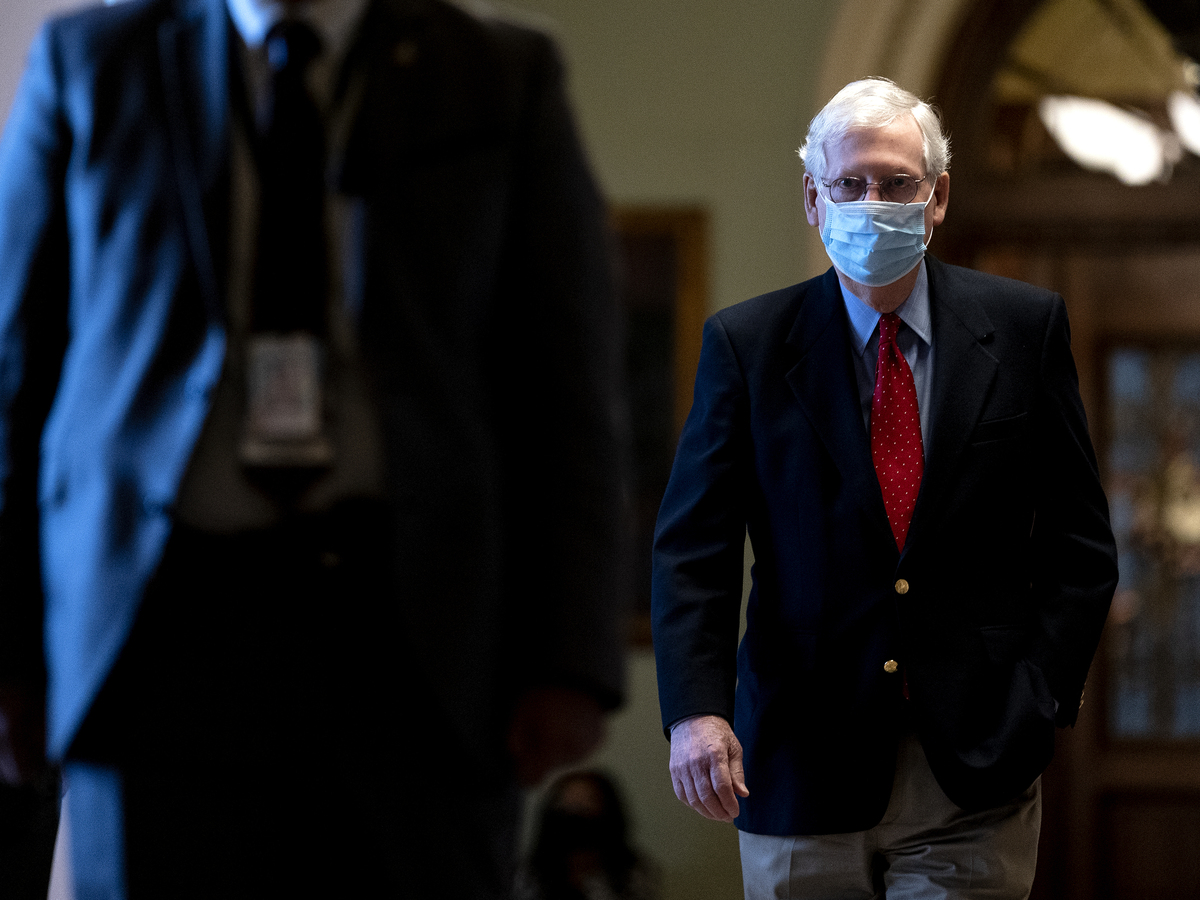 Senate Minority Leader Mitch McConnell dropped his demand that Democrats maintain the Senate filibuster — ending an early stalemate in the Senate that prevented party leaders from negotiating a power-sharing agreement.

Late Monday, McConnell said he was ready to move forward after two Democrats signaled they would not vote to end the legislative filibuster, assuring him that it would stay in place. The position of the two moderate Democrats — Sens. Joe Manchin and Kyrsten Sinema — also ensured that Majority Leader Chuck Schumer lacked the votes to end the filibuster, a key demand from his party’s left.

McConnell had demanded that the filibuster rule remain in exchange for his cooperation on reallocating power in the Senate, which is evenly divided for the first time in two decades. The Democrats control the chamber since Vice President Harris would break any tie.

For now, Democrats and Republicans will operate on a power-sharing deal that follows the model used in 2001 — the last time the Senate had a 50-50 split. That means the party with the vice presidency and tiebreaking powers has control of the floor agenda.

Still, both sides spun the development as a victory.

Justin Goodman, a spokesman for Schumer, said: “We’re glad Sen. McConnell threw in the towel and gave up on his ridiculous demand. We look forward to organizing the Senate under Democratic control and start getting big, bold things done for the American people.”

McConnell’s change of heart followed assurances from Manchin, D-W.Va., and Sinema, D-Ariz., that they would not vote to end the filibuster.

“They agree with President Biden’s and my view that no Senate majority should destroy the right of future minorities of both parties to help shape legislation,” McConnell said.

Now, McConnell and Schumer can negotiate an organizing resolution, which will lay out the terms of the power-sharing agreement.

Without such a deal, the Senate would have been essentially paralyzed with Senate Democrats unable to take full control of the chamber, despite being in the majority.

Democrats would have maintained control of the floor and the legislative agenda, but leadership of key committees would have been retained by Republicans. Committee assignments for newly sworn-in members could not have moved forward and key legislative priorities for the new Biden administration, including a $1.9 trillion coronavirus relief package, would be stonewalled.

Still, the deal is likely to be tested. Senate Republicans could use the filibuster to stymie President Biden’s legislative agenda, increasing pressure on Schumer to end the legislative maneuver.
Source Link