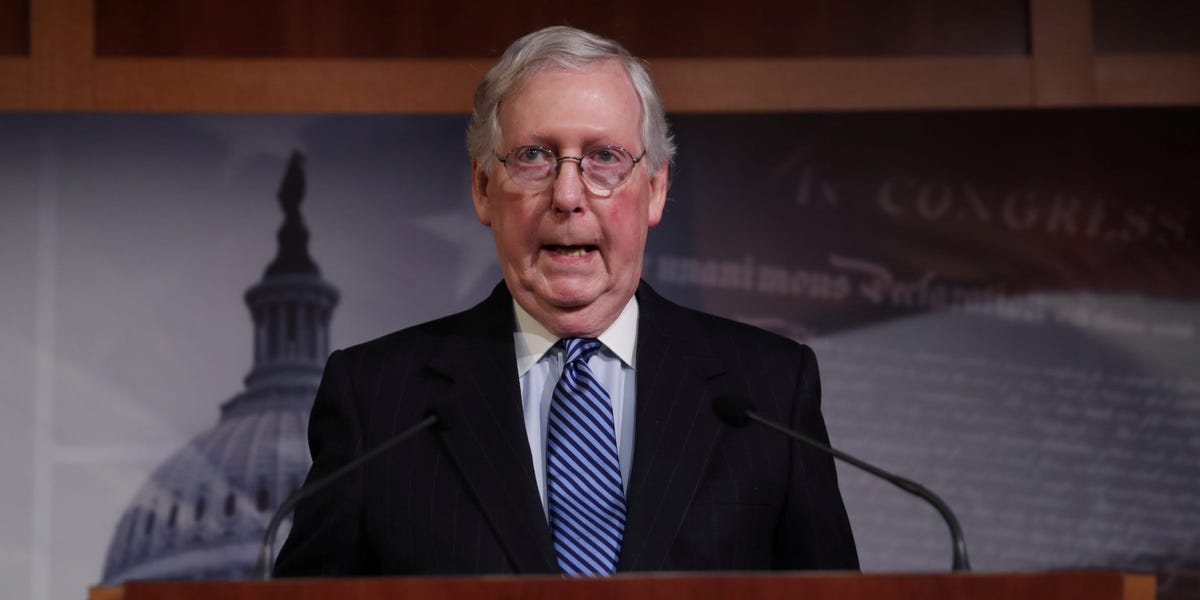 Senate Minority Leader Mitch McConnell’s alma mater the University of Louisville sharply criticized comments the senator made at the school this week about the history of slavery in the United States.

During an event on Monday, McConnell was asked about his views on the 1619 Project, which The New York Times Magazine published in 2019, the 400th anniversary of the beginning of slavery in the United States. The project’s website says it “aims to reframe the country’s history by placing the consequences of slavery and the contributions of black Americans at the very center of our national narrative.”

The Republican leader had said in a letter last week to Education Secretary Miguel Cardona that the project strives to “reorient” US history programs “away from their intended purposes toward a politicized and divisive agenda.” He urged the project’s removal from school curricula.

McConnell reiterated his stance on Monday. “There are a lot of exotic notions about what are the most important points in American history,” he said. “I simply disagree with the notion that The New York Times laid out there that the year 1619 was one of those years.”

“As I am sure most of you are aware, the recent statements made by Sen. Mitch McConnell during a press conference in Louisville this week are quite troubling for American descendants of slaves, our allies and those who support us,” V. Faye Jones, the school’s interim senior associate vice president for diversity and equity, wrote in a university-wide email, according to WDRB.

“To imply that slavery is not an important part of United States history not only fails to provide a true representation of the facts, but also denies the heritage, culture, resilience and survival of Black people in America,” Jones continued.

Jones added that she, the university’s president, and the provost “reject the idea that the year 1619 is not a critical moment in the history of this country.”

McConnell had said on Monday that “dates like 1776, the Declaration of Independence, 1787, the Constitution, 1861 to 1865, the Civil War, are sort of the basic tenets of American history.”

“That issue that we all are concerned about — racial discrimination — it was our original sin. We’ve been working for 200 and some odd years to get past it. We’re still working on it,” McConnell said. “And I just simply don’t think that’s part of the core underpinning of what American civic education ought to be about.”

McConnell’s office did not immediately return Insider’s request for comment.

Nikole Hannah-Jones, the author of the 1619 Project, also pushed back on McConnell’s comments.

“No one can argue that 1619 was not a foundational date in American history,” Hannah-Jones said on MSNBC this week. “He’s just saying the truth is too difficult for, apparently, our nation to bear, and that we’re far too fragile to be able to withstand the scrutiny of the truth.”

The criticism comes as the Biden administration has emphasized tackling racial inequality and discrimination in the country.