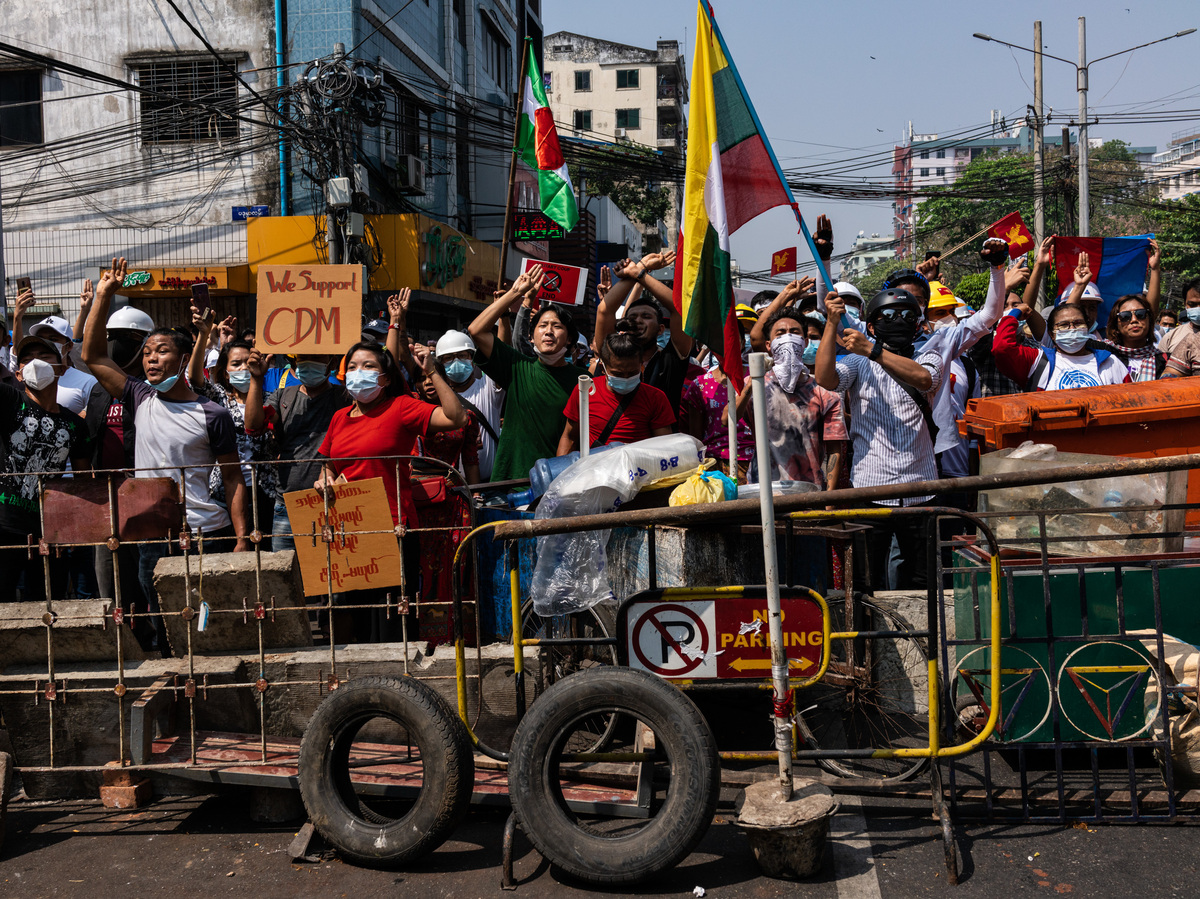 The day after Myanmar’s ambassador to the United Nations made a remarkable speech before the United Nations General Assembly denouncing the country’s recent military coup, state television in Myanmar is reporting that he has been removed from his post.

The speech and subsequent firing come as protesters face another weekend of crackdowns and violence in their demonstrations against the armed takeover.

Defying the military in his remarks Friday, Ambassador Kyaw Moe Tun denounced the coup as “not acceptable in this modern world,” and pleaded for international intervention to use “any means necessary” to bring an end to the upheaval.

“We still need the strongest possible action from the international community to immediately end the military coup, to stop oppressing the innocent people, to return the state power to the people, and to restore the democracy,” Kyaw Moe Tun said. He later held up three fingers in an anti-authoritarian salute that has been adopted by protesters in Myanmar. 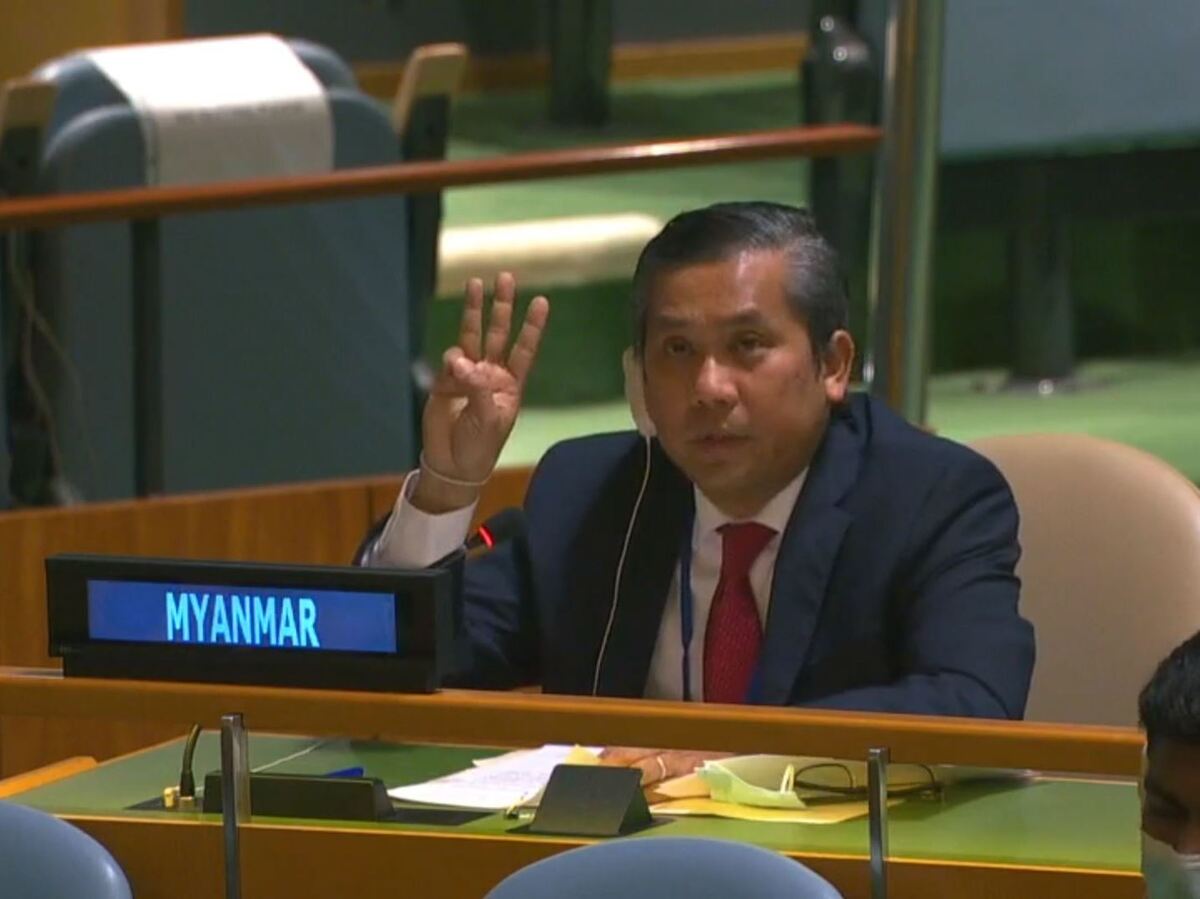 The ambassador’s speech drew applause from his colleagues and praise worldwide. The U.N. Special Rapporteur on Myanmar, Tom Andrews, called it a “remarkable act of courage.” On Twitter, the former U.S. ambassador to the U.N., Samantha Power, said, “It is impossible to overstate the risks that Myanmar UN ambassador Kyaw Moe Tun just took in the UN General Assembly.”

State television announced Saturday that Kyaw Moe Tun had been fired, saying he “betrayed the country.”

Advocates say the speech buoyed pro-democracy demonstrators in Myanmar, where daily protests have for weeks demanded the return of the civilian government led by Aung San Suu Kyi, who was arrested at the start of the coup.

“When we heard this, everyone was very happy, everyone saying that tonight we are going to sleep very happily and encouraged,” said Kyaw Win, the executive director of advocacy group Burma Human Rights Network, in an interview with NPR’s Weekend Edition Saturday.

The military has begun cracking down on the protests with greater intensity. Last weekend, military forces opened fire on protesters in Mandalay, killing two and wounding dozens of others.

Photographs and videos posted to social media showed a chaotic scene at protests Saturday in Yangon, the country’s largest city, where protesters stood behind makeshift barricades wearing helmets and shields as police made mass arrests and fired rubber bullets on protesters. Multiple media outlets reported a woman shot with live ammunition on Saturday in the city of Monywa, though reports conflicted about whether she had died.

The military’s escalation of force against pro-democracy protesters has drawn international condemnation, including from U.S. Secretary of State Antony Blinken, who warned on Twitter earlier this week that “the United States will continue to take firm action against those who perpetrate violence against the people of Burma as they demand the restoration of their democratically elected government.”

“These are peaceful protesters, civilians. And they are standing up against a ruthless, brutal army,” said Kyaw Win of Burma Human Rights Network. “So you can see that without any international intervention or protection, this uprising is going to end very badly.”
Source Link