A member of the National Guard patrols outside of the U.S. Capitol on Monday. Sarah Silbiger/Getty Images hide caption 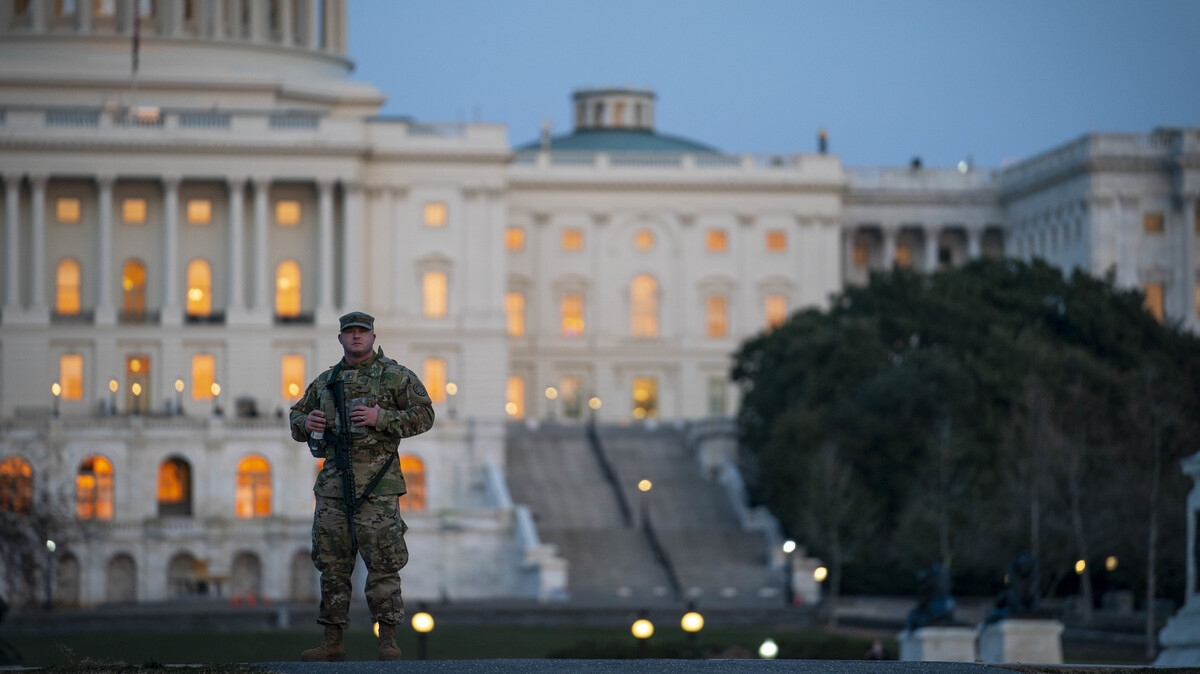 A member of the National Guard patrols outside of the U.S. Capitol on Monday.

The Pentagon has approved a request to continue National Guard support at the U.S. Capitol through May 23, 2021. About 2,300 troops will remain at the Capitol, which is about half the number currently deployed, the Department of Defense said Tuesday evening.

The National Guard personnel were expected to leave the Capitol on March 12 after remaining there since the deadly Jan. 6 insurrection attempt. But U.S. Capitol Police last week requested a 60-day extension following intelligence that showed a possible security threat from an identified militia group.

That threat led the House of Representatives to cancel its March 4 session, though no attack occurred.

The U.S. Capitol Police said in a statement it is “extremely grateful” for the Defense Department’s partnership in protecting Congress.

The National Guard has been sharply criticized for its handling of the Jan. 6 riots and, in particular, a delayed response that left troops standing by for hours before being authorized to intervene.

The D.C. National Guard’s commanding general testified last week that the Department of Defense took more than three hours to approve a “frantic request” for support from USCP.

A review of the attack led by retired Lt. Gen. Russel Honoré recommended that Congress overhaul its security system, suggesting the addition of hundreds of additional police officers and the creation of a rapid response force that could be mobilized quickly for emergencies.

The 13-page report also suggested the installation of a new mobile fencing system at the Capitol and the formation of a new federal agency that would coordinate law enforcement in the Washington, D.C. area.

The Department of Defense said in a statement Tuesday that it would work with USCP to “incrementally reduce the National Guard footprint as conditions allow” during the extended period.

“We thank the National Guard for its support throughout this mission, as well as for its significant efforts across the nation in combatting the COVID-19 pandemic,” the statement said.
Source Link