Neera Tanden testified during a Senate Committee on the Budget hearing on Capitol Hill on Feb. 10. Andrew Harnik/Pool/AFP via Getty Images hide caption 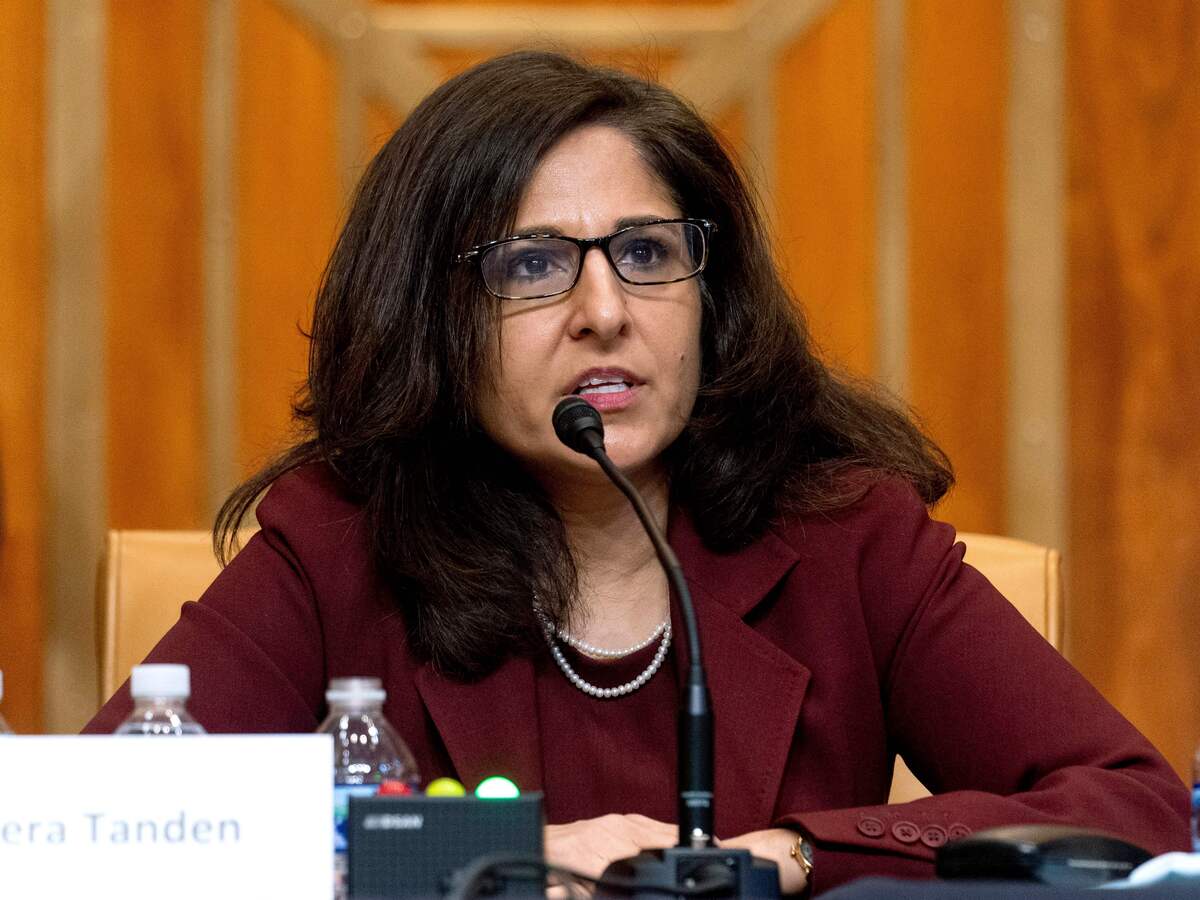 Neera Tanden testified during a Senate Committee on the Budget hearing on Capitol Hill on Feb. 10.

Neera Tanden, President Biden’s controversial nominee to head the Office of Management and Budget, has withdrawn her nomination. Biden said in a statement Tuesday he had accepted her request.

“I have the utmost respect for her record of accomplishment, her experience and her counsel, and I look forward to having her serve in a role in my Administration,” Biden said. “She will bring valuable perspective and insight to our work.”

It had become increasingly clear that Tanden’s nomination was in trouble after multiple key senators said they wouldn’t support her, citing her tweets criticizing some members of Congress. Sen. Joe Manchin, D-W.V., was the most significant opponent. Without his support, Tanden needed to find a Republican to support her in the equally divided Senate.

Tanden, in her withdrawal letter to the president, wrote that she was grateful for the White House’s support but did not want controversy surrounding her nomination to become a “distraction” from his administration’s work.

“I appreciate how hard you and your team at the White House has worked to win my confirmation,” she wrote. “Unfortunately, it now seems clear that there is no path forward to gain confirmation, and I do not want continued consideration of my nomination to be a distraction from your other priorities.”

Tanden had served as head of the Center for American Progress, an economic think tank, when she issued her tweets, among them calling Senate minority leader Mitch McConnell, R-Ky., “Voldemort,” the Harry Potter villain; labeling Sen. Susan Collins, R-Maine, as “the worst;” and saying that “Vampires have more heart than Ted Cruz,” the Republican senator from Texas. She was also critical of Sen. Bernie Sanders, I-Vt., and some of his supporters.

Collins was among the Republican senators who said she would not support Tanden’s nomination, saying Tanden “has neither the experience nor the temperament to lead this critical agency.”

When questioned during her confirmation hearing, Tanden said that she regretted her language and took responsibility for it. The White House publicly stood by the nomination despite the criticism.

The OMB is in charge of the budget-drafting process in the White House, as well as having a large role in the issuance of new regulations.

Tanden’s defenders noted that Manchin and Collins voted to confirm Trump nominee Richard Grenell as ambassador to Germany, despite his tweets critical of some lawmakers, and many Republicans defended or chose to look the other way when the former president tweeted harsh criticisms of lawmakers from both parties.
Source Link