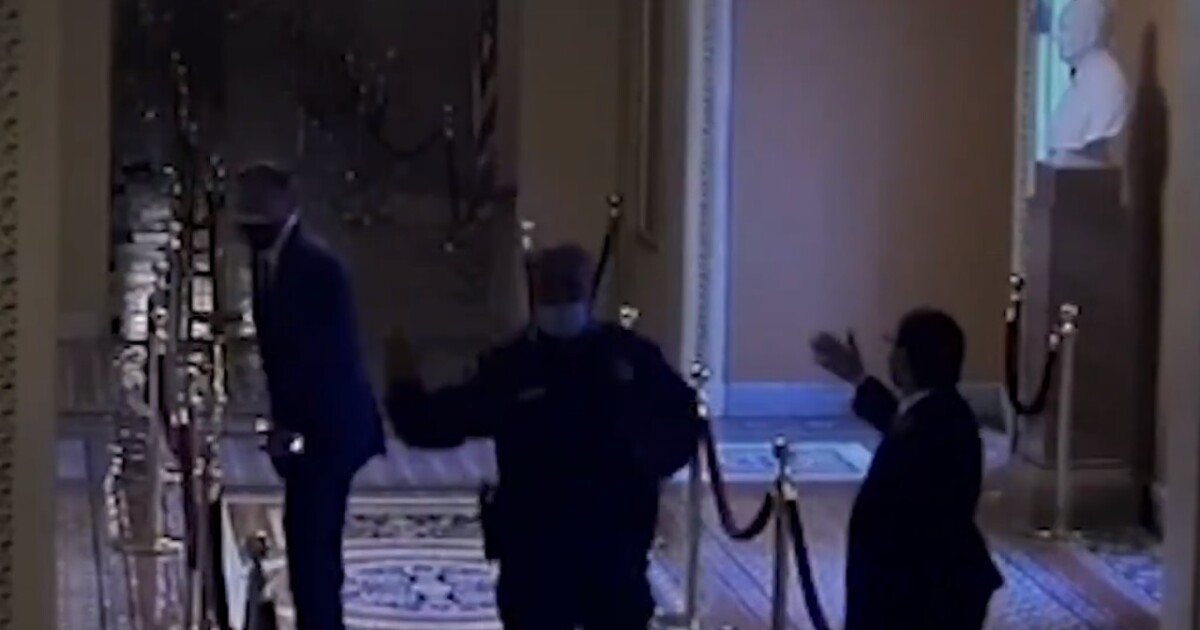 WASHINGTON — New video shown Wednesday during the impeachment trial of former President Donald Trump shows a police officer excitedly warning Utah Sen. Mitt Romney of an oncoming group of rioters after they broke into the U.S. Capitol on Jan. 6.

READ: Democrats use Trump’s own words against him in arguing he incited Capitol riot

The footage was presented by Democrats as an example of how close the violent mob had gotten to lawmakers after the crowd breached security.

In the video, officer Eugene Goodman is seen running down the building’s halls and waving his arms at Romney who was walking in the opposite direction. After being warned, Romney turns and runs the other way.

“It was heartbreaking and overwhelming to witness the violence our law enforcement officers faced on January 6,” said Romney in a statement. “I am personally deeply grateful to Officer Eugene Goodman for his bravery, and I am thankful for all of the officers and agents whose heroic actions prevented a tragic situation from becoming even more horrific.”

The rioters broke into the U.S. Capitol in hopes of stopping the confirmation of the Electoral College ballot vote. Hundreds of people have since been arrested and charged for their participation in the insurrection.

According to the Salt Lake Tribune, Romney told reporters that he did not realize the mob was as close as they were and didn’t know Goodman was the officer who had warned him about the rioters.

Goodman earned praise after heroically leading protestors away from the Senate chambers after they had forced their way into the building.

FOX 13 has reached out to Sen. Romney for comment about the video.