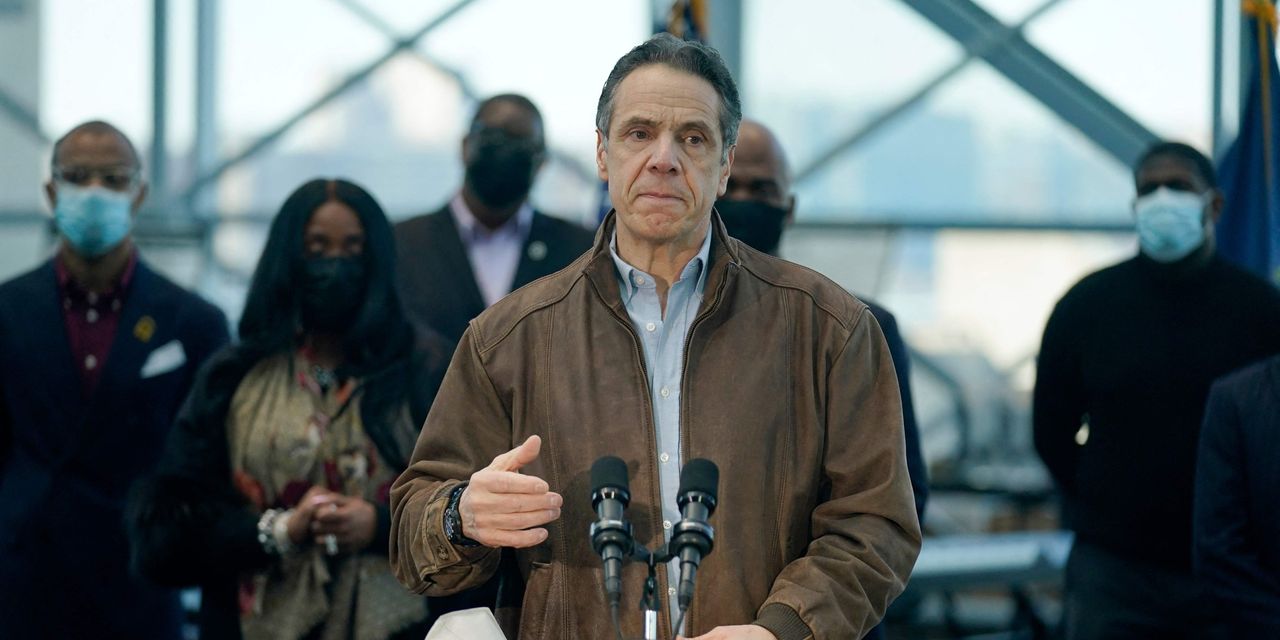 The Democratic governor said at a press briefing that the investigations into the accusations should go forward and New Yorkers and politicians should withhold judgment.

“There are often many motivations for making an allegation,” Mr. Cuomo said. “And that is why you need to know the facts before you make a decision.”

“I’m going to focus on my job because we have real challenges,” he added.

Three former female aides to the governor and one current aide in Mr. Cuomo’s Executive Chamber have accused him of inappropriate behavior in the workplace.

“I did not do what has been alleged,” Mr. Cuomo said Friday.

On Friday, House Judiciary Committee Chairman Jerrold Nadler (D., N.Y.) called on the Democratic governor to resign, saying the “repeated accusations” as well as the “manner in which he has responded to them have made it impossible for him to continue to govern at this point.”

“Gov. Cuomo has lost the confidence of the people of New York. Gov. Cuomo must resign,” Mr. Nadler said on Twitter.

“These allegations have all been consistent and highly detailed, and there are also credible media reports substantiating their accounts,” Ms. Ocasio-Cortez and Mr. Bowman said in a joint statement. The lawmakers also cited concerns over changes Cuomo administration officials made to reports on the number of Covid-19 deaths in the state’s nursing homes.

“Gov. Cuomo can no longer effectively lead in the face of so many challenges,” Mr. Bowman and Ms. Ocasio-Cortez said.

Mr. Cuomo said it was irresponsible for people to reach conclusions before facts are known. “Politicians who don’t know a single fact but who form a conclusion,” Mr. Cuomo said, “are in my opinion reckless and dangerous.”

The moves by members of the state’s congressional delegation come after leaders of the Democrat-dominated New York State Assembly said on Thursday that they would open an impeachment investigation into the third-term governor.

Mr. Cuomo said on Friday that the investigation, being led by the Assembly’s judiciary committee, should take its course. The governor said he hoped it would be completed quickly.

U.S. Rep. Kathleen Rice, a Democrat from Nassau County, was the first Democrat in the state’s congressional delegation to say Mr. Cuomo should step down. She did so on March 1.

“Asking every female elected in our state when a person should resign or not resign really isn’t the conversation we should be having,” Ms. Gillibrand said in a Tuesday interview with Yahoo Finance. “And I have to say, it’s exceedingly frustrating because so many men who are also in public leadership aren’t asked these questions day to day.”

“The president believes that every woman who has come forward—there have now been six, I believe, who have come forward—deserves to have her voice heard, should be treated with respect and should be able to tell her story,” she said, adding that the president supports the investigation into the governor.