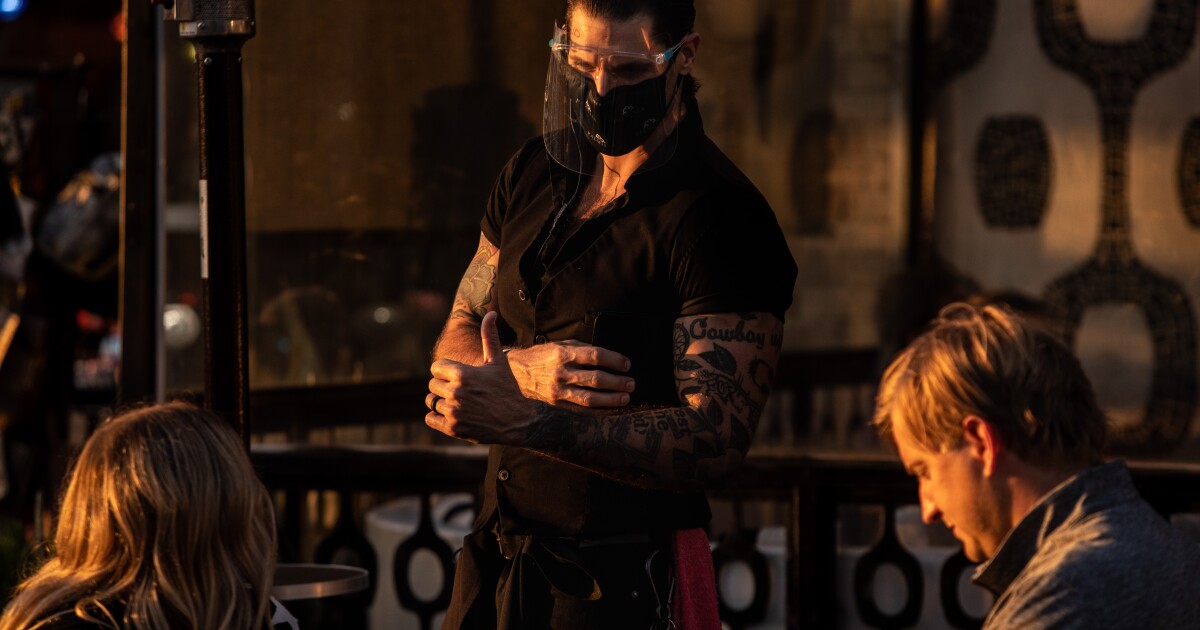 Gov. Gavin Newsom is expected on Monday to lift regional coronavirus stay-at-home orders across California, a change that could allow restaurants and gyms in many counties to reopen outdoor dining and services.

All counties will return to the colored tier system that assigns local risk levels based on case numbers and rates of positive test results for COVID-19 infections, according to sources briefed on the plan by the governor’s office.

Most counties will go into the “widespread” risk tier, which permits hair salons to offer limited services indoors but restricts many other nonessential indoor business operations. The change is expected to take effect immediately after Newsom’s announcement on Monday.

It’s far from clear whether the decision will lead to easing of stay-at-home rules in Los Angeles County, which has become a national epicenter of the coronavirus with hospitals overwhelmed by patients. In less than one month, more than 5,000 people have died of COVID-19 in the county alone.

Still, the outdoor dining ban has been highly controversial, with some elected officials and the restaurant industry fighting in court and out to overturn it. Officials in some other Southern California counties have been even more critical of the state-imposed rules and had urged Newsom to give them more local control.

The governor announced the regional stay-at-home orders on Dec. 3 in an effort to reduce the strain on hospitals as case numbers surged. While state data show hospital systems in Southern California and the San Joaquin Valley remain strained, the Newsom administration told officials Sunday that models project ICU capacity in those areas will exceed 15% — a threshold for lifting the regional shutdowns — over the next four weeks.

State officials never released the full details of how the four-week ICU calculations were being made. And while services were allowed to reopen in the Sacramento region on Dec. 13, daily reports of available intensive care beds never approached the 15% threshold deemed necessary to cancel the restrictions. ICU capacity in the Northern California region, which is not under the stay-at-home order, has continued to remain above the state’s shutdown benchmarks.

The Bay Area, which reported 23.4% capacity, had remained under the stay-at-home order due to a four-week projection of a decrease in hospital bed availability. Southern California showed no ICU capacity and the San Joaquin Valley region reported 1.3%, according to state data as of Saturday.

John Myers and Paloma Esquivel contributed to this report.