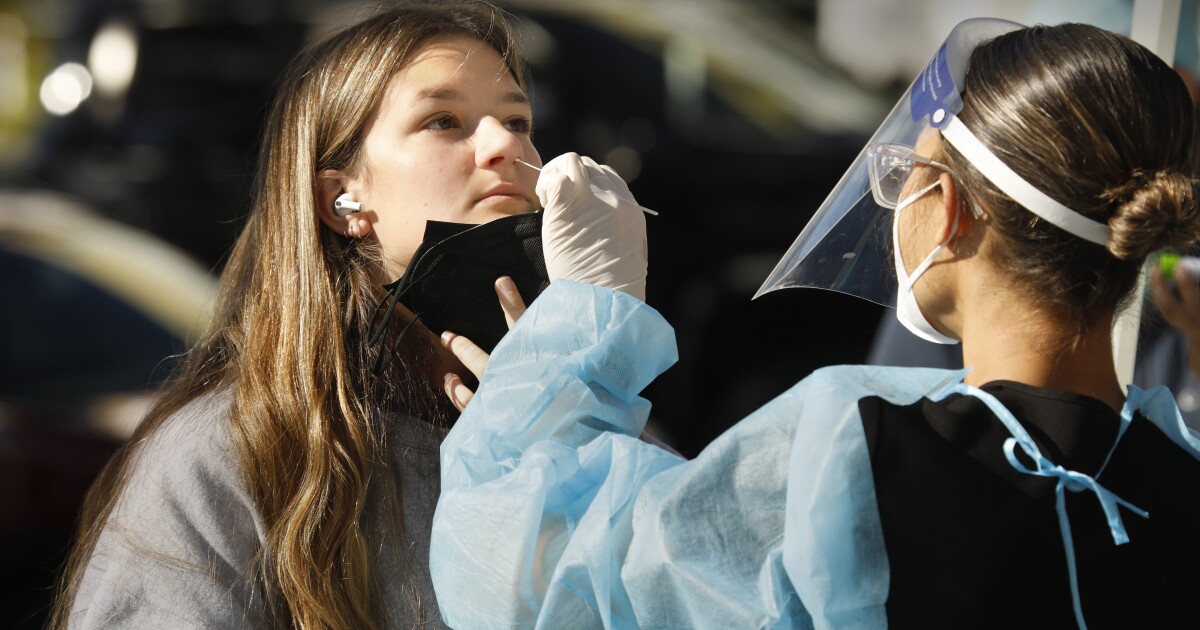 SACRAMENTO — California would spend $2.7 billion on new efforts to respond to the surge in COVID-19 cases, including additional testing capacity and assistance to hospitals, under a budget proposal Gov. Gavin Newsom will send to state lawmakers next week.

Newsom will also ask legislators to help craft new COVID sick pay rules for Californians, modeled after the policy that expired last fall, requiring businesses with 26 or more workers to offer up to two weeks of supplemental paid sick leave for employees to care for themselves or a family member.

Advisors to Newsom said Saturday the governor will ask the Legislature to take quick action on authorizing the first $1.4 billion of the new pandemic response package when he sends his annual state spending plan to the Legislature on Monday. Most of the early funding would go to expand testing programs, with the remaining portion spent on virus response efforts inside California prisons.

State officials hope that quick action on the funding for new testing — $418 million now out of an effort that will total $1.2 billion — will help expand hours of operation and capacity at existing testing locations, as well as speed up the distribution of rapid test kits to local health departments and schools. The Newsom administration has struggled in recent days to make good on the governor’s promise to ensure test kits would be in the hands of California families before their children returned to schools from winter break, an effort funded out of money appropriated last year by lawmakers.

On Friday, Newsom deployed members of the California National Guard to testing sites across the state, with an additional deployment scheduled next week. Guard members will assist with patient check-in and crowd control duties, as well as serving as clinical staff until permanent hires are made.

State public health officials said more than 2,700 people were admitted to California hospitals Friday for COVID, bringing the total to more than 10,000. The strain on the state’s hospitals from COVID patients, officials said, is nearing the challenges experienced last winter, before vaccines were widely available.

California has averaged more than 65,000 new cases a day over the past week, according to data compiled by The Times.

The new state budget plan proposes $583 million to increase vaccination rates and, according to a summary provided by the Newsom administration, “combat misinformation” through partnerships with media outlets focused on the state’s communities of color. An additional $110 million would be spent on testing and vaccination of migrants who cross the Mexico border into California, as well as funds to expand contact tracing programs across the state.

Newsom’s budget will earmark a sizable portion of the new coronavirus funds to boost efforts at California’s prisons, where an additional 1,275 cases have been reported in the last 14 days. The state’s mandate that prison employees get vaccinated was blocked by a federal appeals court in November.