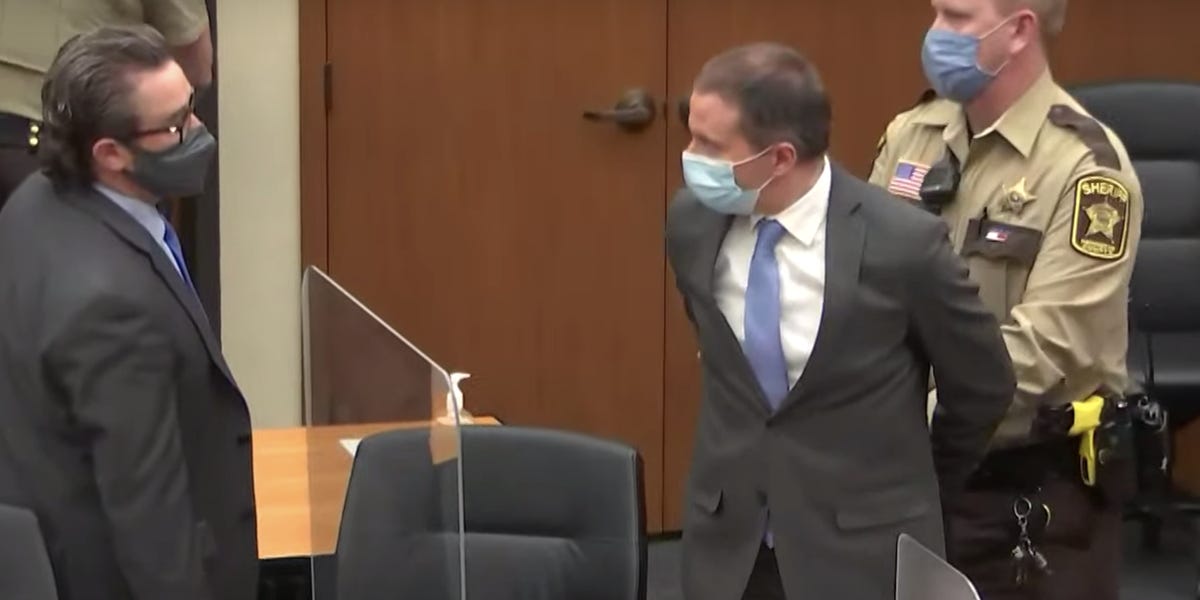 More than half of supporters of former President Donald Trump agreed with the guilty verdict for former Minneapolis Police officer Derek Chauvin, who was convicted in the murder of George Floyd, according to a new CBS News/YouGov poll.

In the poll, 49 percent of respondents who backed Trump in 2020 disagreed with the guilty verdict, while a slim majority of Trump voters — 51 percent — agreed with the jury’s decision.

Among voters who backed President Joe Biden in 2020, 94 percent supported the guilty verdict, compared to six percent who disagreed with the conviction.

Among all Republicans, 54 percent agreed with the decision, while 46 percent felt that the guilty verdict was wrong.

Democratic respondents overwhelmingly backed the guilty verdict — 90 percent felt that the conviction was the right decision, while 10 percent disagreed with the jury’s decision.

Seventy-five percent of Independent respondents agreed with the verdict, while 25 percent disagreed.

Among all respondents, 75 percent indicated that the jury made the right decision in convicting Chauvin, while 25 percent disagreed with the decision.

Chauvin, who was found guilty of murder and manslaughter following Floyd’s death, faces up to 40 years in prison.

Read more: This millennial GOP congressman voted to impeach Trump. Now he’s trying to save his party from going off a cliff.

The case reignited the state of policing in America and led to racial reckoning among numerous elements of American society, from the US government and corporate boardrooms to public schools and local municipalities.

The Black Lives Matter movement, which has been a major force for civil rights in recent years, became even more prominent in the public discourse.

Biden, who has offered his spiritual support to the Floyd family, received a favorability rating of 60 percent regarding his handling of issues related to Floyd’s murder.

The CBS News polling was conducted by YouGov with 2,527 respondents who were interviewed from April 21 through April 24.