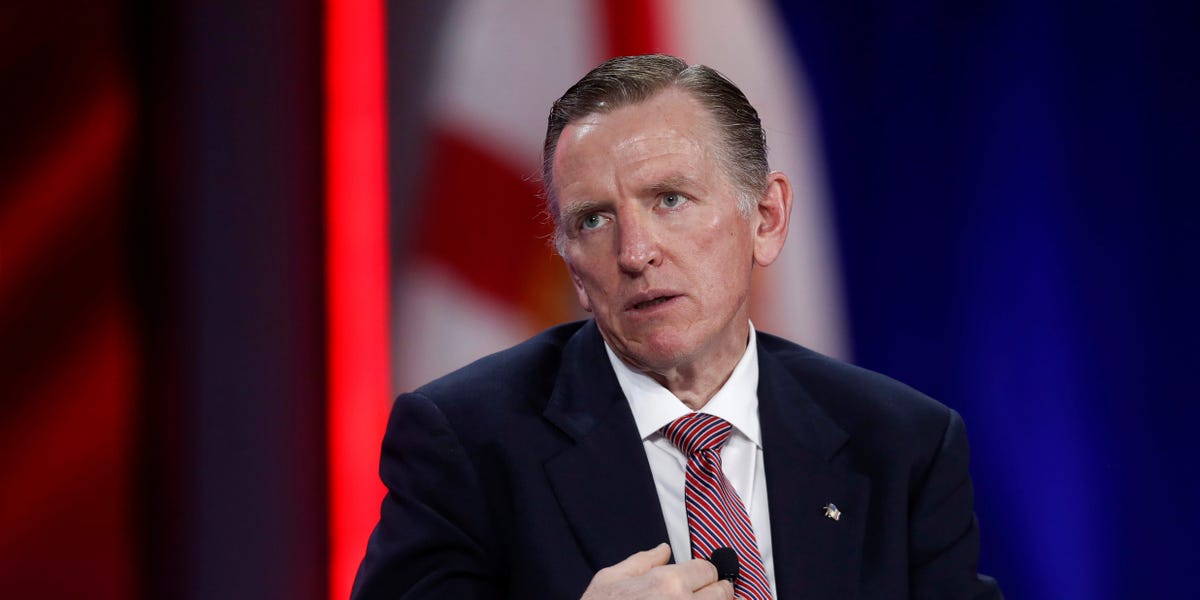 Arizona Republican Rep. Paul Gosar has responded to being censured by the House by posting a #gosarlife meme of himself and re-tweeting the same violent anime edit that left him stripped of his committee positions.

Congress voted on Wednesday on a resolution introduced by House Democrats to censure Gosar for an edited anime video that depicted him killing Rep. Alexandria Ocasio-Cortez. The video prompted Ocasio-Cortez to call Gosar a “creepy member I work with who fundraises for Neo-Nazi groups” who shared a “fantasy video” of himself killing her.

Democratic reps, including Cori Bush and Adam Schiff, have rebuked Gosar for posting the video. Meanwhile, GOP Rep. Liz Cheney commented that the Republican leadership has “lost their moral compass” over their silence on Gosar’s video.

Gosar later released a statement saying the video was a symbolic portrayal of the fight in Congress over immigration. He also told GOP colleagues this week that he does not “believe in violence against any member.”

However, on Wednesday, Gosar refused to apologize for posting the video on the House floor, comparing his censure to Alexander Hamilton’s. Hours after the censure, Gosar re-tweeted the AOC video.

Gosar then made a post on social media platform Gettr on Wednesday night, re-posting an edited image of himself complete with a heavy gold chain and shades superimposed onto his face. The image featured the words “GOSAR LIFE” — a reinvention of the #thuglife meme often used to highlight “gangster” or explicit behavior from teens.

Gosar captioned the image with the phrase “can’t keep me down,” and also made a video statement on the platform.

“I just got back from the floor with the Democrats, who have censured me for challenging their America Last agenda. They should know I won’t be bullied, even if they challenge me and try to take away my America First agenda,” Gosar said in his video statement. “It’s great to be on a service that’s not going to be censored. And if you like cartoons, I love that. I’m looking forward to having a great discussion with you soon.”

Separately, Gosar re-tweeted the same video that got him censured just hours after lawmakers voted to censure him and strip him of his committee positions.