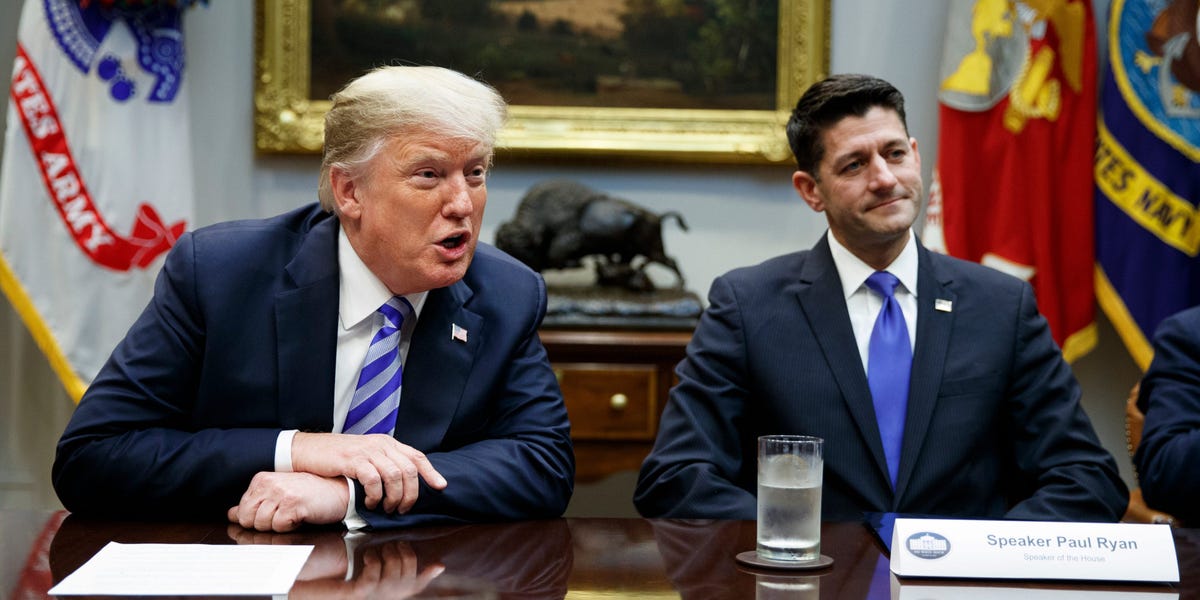 Former House Speaker Paul Ryan reiterated this week that it’s “clear” former President Donald Trump lost the 2020 election while GOP leaders in Wisconsin, a state he represented in Congress for 20 years, pursue an investigation and audit of the results.

“It was not rigged. It was not stolen. Donald Trump lost the election. Joe Biden won the election. It’s really clear,” Ryan told Wisconsin-based ABC affiliate WISN 12 in an interview that was published on Tuesday.

Nearly 10 months after the presidential race, Wisconsin’s Assembly Speaker Robin Vos is still overseeing an audit and investigation of the 2020 election led by former Wisconsin Supreme Court Justice Michael Gabelman, who has traveled both to the site of a GOP-backed election review in Arizona and to election conspiracist and MyPillow CEO Mike Lindell’s cyber symposium.

The election investigation could cost Wisconsin taxpayers to the tune of $680,000.

“He exhausted his cases. He exhausted the court challenges. None of them went his way, so he legitimately lost,” Ryan further told WISN 12 of Trump’s election loss. “Is there mischief, organized shenanigans in elections? Sure. Is there fraud? Yes. Was it organized to the extent that it would have swung the Electoral College and the presidential election? Absolutely not.”

The effort to audit Wisconsin’s election results won’t be a full recount and ballot examination like the one the Arizona state Senate greenlit for the firm Cyber Ninjas in Maricopa County, according to Vos. Arizona’s audit has been widely criticized for sloppy practices and partisanship.

Read more: ‘Hillbilly Elegy’ author JD Vance is running for Senate as a savior of the Rust Belt. Insiders and experts say otherwise.

Vos has described his initiative as a “forensic” and “cyberforensic” audit, which aren’t types of audits defined or carried out by professional election officials. Investigators “can refer things to a prosecutor. It doesn’t mean a hand recount, or that computers will be used,” he said, according to the Kenosha News.

“If we need to have subpoenas, I have no problem at all issuing those. If Justice Gableman asks for them, I will issue them without hesitation.” Vos told the Milwaukee Journal Sentinel of the investigation.

The Journal Sentinel reported that while the full scope of the Wisconsin audit is so far unclear, it’s likely to include examinations of absentee voting in nursing homes and compliance with the state’s voter ID requirement for absentee ballots, with the goal of informing future legislation.

Biden won Wisconsin by over 20,000 votes in 2020, a victory affirmed by two machine recounts the Trump campaign requested — and paid $3 million for — in heavily Democratic Dane and Milwaukee counties.

Last week, Vos traveled on a private plane with Trump himself to one of the former president’s rallies in Alabama, saying on Twitter that he “provided him details about our robust efforts to restore full integrity & trust in elections.”

“He wants to make sure at the end of the day that what happened in Wisconsin was honest and above board,” Vos told the Journal Sentinel.

Ryan, for his part, sees folly in state and local GOP officials continuing to cater to Trump’s whims and election falsehoods.

“I think it’s a big mistake for the Republican Party to be a party about a person or personality,”Ryan told WISN 12. “And I think we’ll just keep losing if we wrap ourselves around one person. We have not lost this much this fast in a long, long time.”