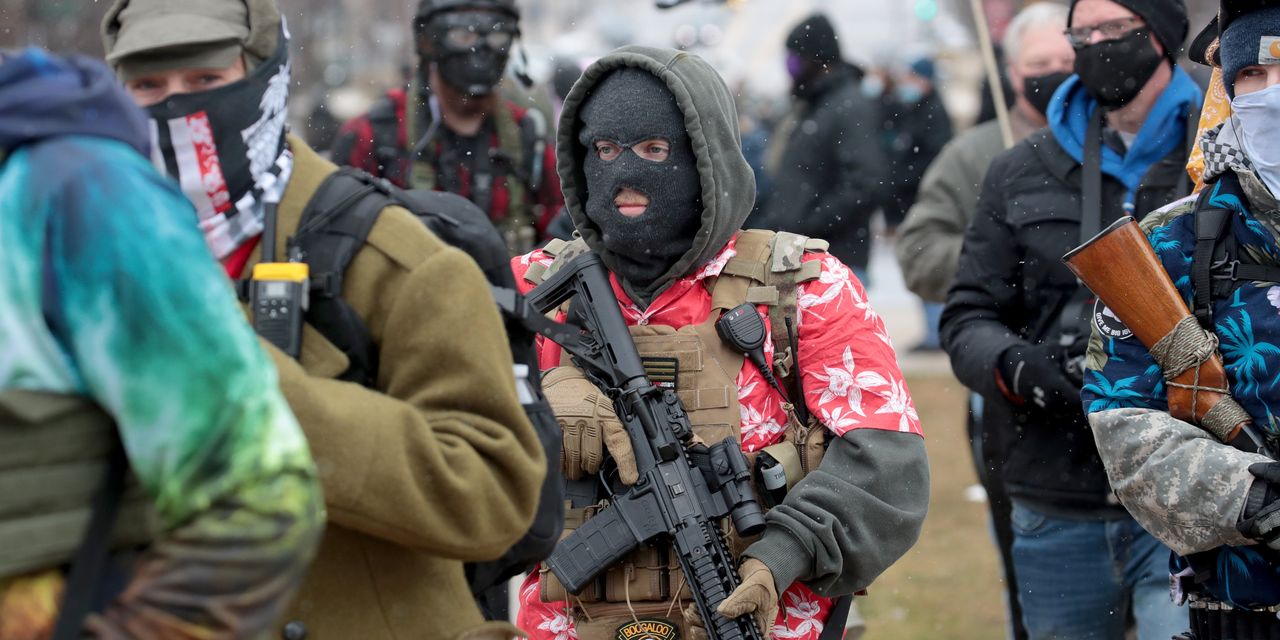 State and law enforcement officials across the country had bolstered security in their capitals in anticipation of possibly violent demonstrations after supporters of President Trump stormed the Capitol in Washington, D.C., on Jan. 6. Over the weekend, additional law enforcement personnel and members of the National Guard were stationed in state capitals and government buildings were fenced off.

The Federal Bureau of Investigation warned in an internal memo last week of the possibility of armed protests at all 50 state capitals and in Washington, D.C., noting that protests could happen in the days leading up to and on Wednesday, the day of the presidential inauguration.

Sunday’s protests were sparsely attended and peaceful. The largest gatherings, including ones in Ohio and Michigan, numbered in the dozens, with some pro-Trump demonstrators carrying long rifles in areas where permitted.

Armed demonstrators protested outside of the Michigan state Capitol building on Sunday in Lansing. States bulked up their security around their Capitol buildings in anticipation of violent clashes.