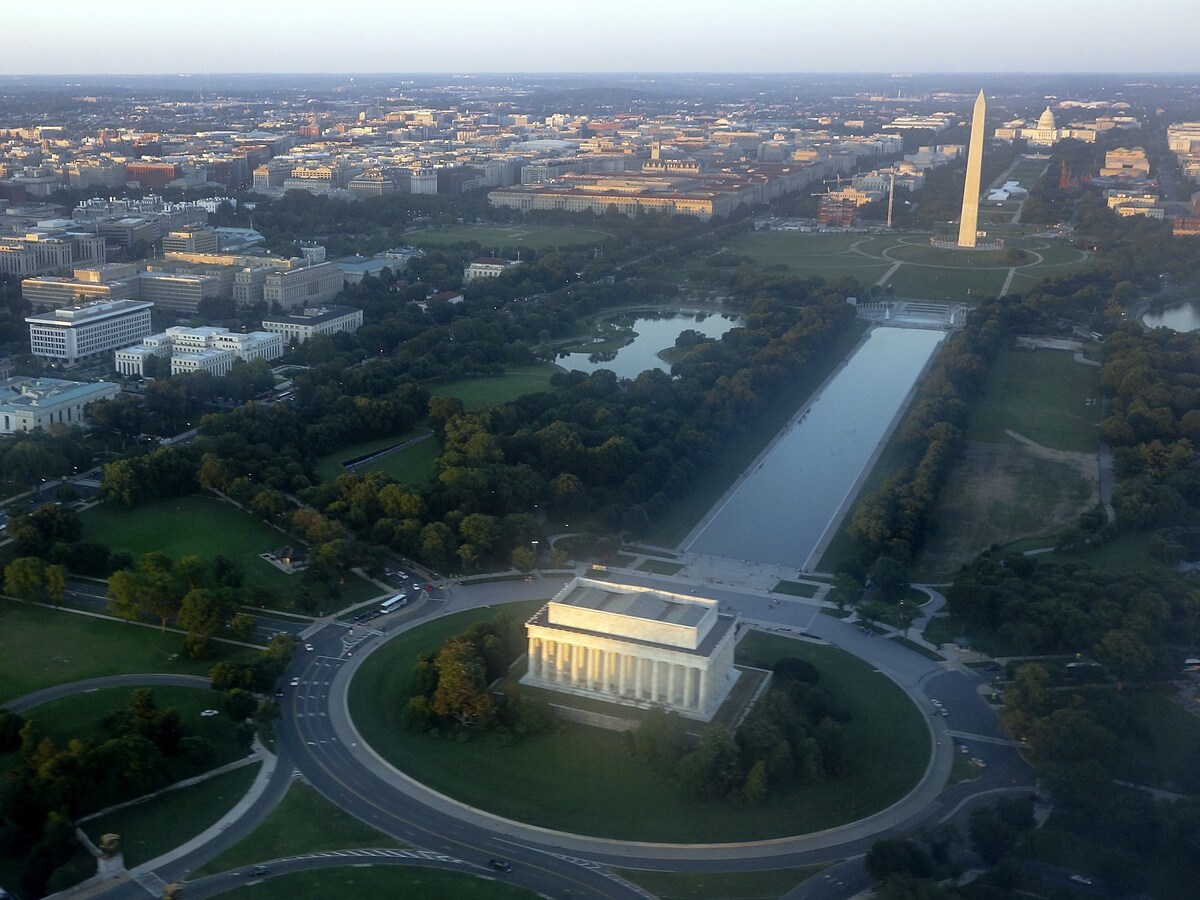 The skyline of Washington, D.C., including the Lincoln Memorial, Washington Monument, U.S. Capitol and National Mall, seen on June 15, 2014.

Arbiters of good taste often disagree. That is certainly true of architecture.

While the specifics are not yet clear, Biden’s executive order instructs the director of the Office of Management and Budget and any related departments and agencies to “promptly consider taking steps to rescind any orders, rules, regulations, guidelines, or policies, or portions thereof” that would’ve implemented Trump’s actions. Biden also calls for the abolishment of any “personnel positions, committees, task forces, or other entities established” to fulfill Trump’s actions “as appropriate and consistent with applicable law.”

One entity that might be affected is the U.S. Commission of Fine Arts, an independent federal agency established in 1910 that advises lawmakers “on matters of design and aesthetics.” In 2018, Trump appointed one of modern architecture’s biggest critics to chair the CFA: Justin Shubow, president of the National Civic Art Society (NCAS). The organization was the driving force behind Trump’s executive order. It also led a six-year campaign against Frank Gehry’s Eisenhower memorial, which forced the architect to make some changes to his original design.

In a statement to NPR, Shubow defends Trump’s call to restore traditional architecture to federal buildings. He writes, “our federal architecture has been dismal for decades, and has been designed in modernist styles that do not represent what ordinary Americans actually want.”

Shubow points to an NCAS survey by the Harris Poll. It found that “72% of American adults prefer classical and traditional design for federal buildings. There were wide majorities for tradition across all demographic groups, including political party affiliation,” he says.

Shortly before he left office, President Trump appointed four new members to the seven member CFA including Steven W. Spandle of New Jersey, who designed the tennis pavilion on the White House grounds completed in 2020, and Perry Guillot of New York, who recently completed renovations of the Rose Garden and the Children’s Gardens at the White House. All seven members of the commission are white men. Commission members serve four-year, unpaid terms.

Writing in the Washington Post recently, architecture critic Philip Kennicott called for Biden to “move quickly to remove the current members.” He writes, “They should be replaced with a diverse body of professionals, including women and people of color, who bring a wide and spirited range of aesthetic viewpoints to the commission’s monthly meetings.”

Shubow tells NPR, “We intend to work with the Biden administration to implement change that will build a truly democratic architecture.” He notes that “historically our advice is always heeded.”
Source Link