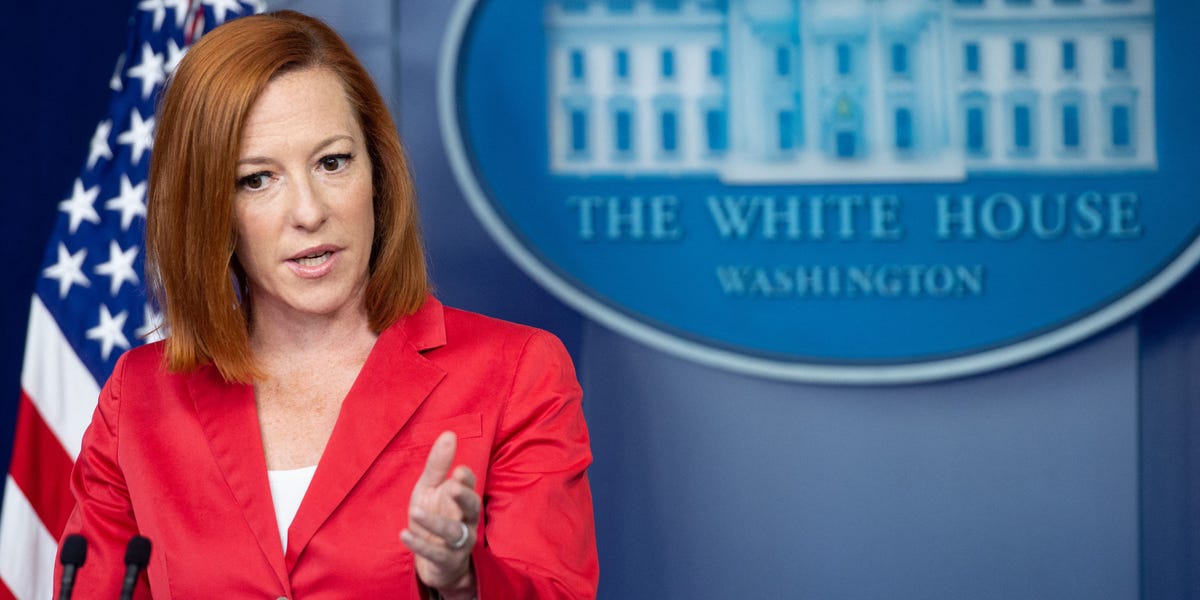 White House press secretary Jen Psaki on Wednesday called out GOP Gov. Ron DeSantis of Florida for his handling of COVID-19 in the Sunshine State, saying that he “does not seem to want to participate” in the fight against the virus.

During a press briefing, Psaki was questioned about a recent New York Post opinion article titled “Team Biden’s war on DeSantis is all about kneecapping a successful GOP governor,” which credited DeSantis for rejecting COVID-driven lockdowns and restrictive measures taken in other states during the pandemic last year.

The press secretary was firm in the administration’s view of DeSantis, who just weeks ago was working closely with the president in the recovery efforts of the Surfside condo collapse in South Florida.

“Our war is not on DeSantis — it’s on the virus, which we’re trying to kneecap, and he does not seem to want to participate in that effort to kneecap the virus, hence our concern,” she said.

DeSantis, a former congressman and potential 2024 GOP presidential candidate, has pursued COVID-19 policies that have endeared him to conservatives, opening up the Florida economy earlier than many other states last year, reopening schools when many districts around the country opted for full remote learning, and rejecting any sort of  lockdown that could possibly come from the Democratic-led Biden administration.

Read more: How Jen Psaki can cash in on her White House experience

In recent weeks, DeSantis has clashed with the Biden White House.

Earlier this month, Biden called out Florida and Texas for not doing enough to combat the elevated wave of infections caused by the highly contagious Delta variant of the coronavirus.

When asked about DeSantis and Gov. Greg Abbott of Texas that day, the president said that “their decisions are not good for their constituents.”

DeSantis blasted Biden’s comments, accusing the president of trying to “single out Florida over COVID.”

Just this week, DeSantis pledged to withhold the salaries of school board members who flouted his ban on mask mandates, with a Broward County school official even telling the governor to “bring it” over his threat.

In a Tuesday interview on “CBS This Morning,” former US Surgeon General Jerome Adams, who served under former President Donald Trump, criticized the push to ban school mask mandates.