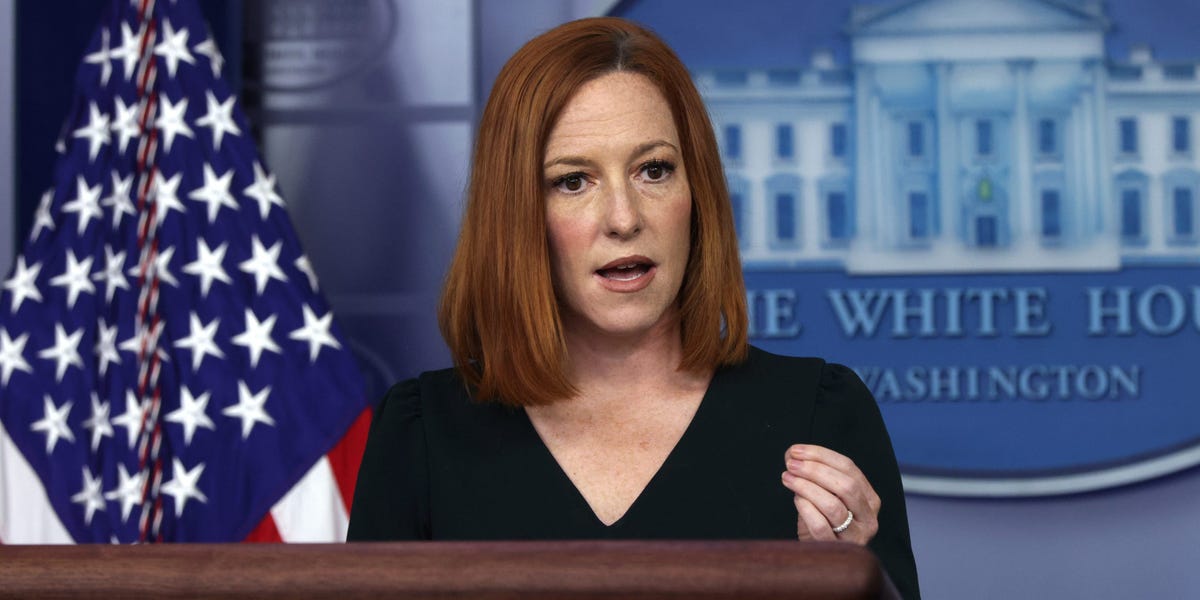 The White House on Thursday downplayed the prospect of a fourth stimulus payment, saying President Joe Biden had already unveiled what he believes is his best possible economic-recovery plan.

“He’s happy to hear from a range of ideas on what would be most effective and what’s most important to the economy moving forward,” said Jen Psaki, the White House press secretary.

She went on: “But he’s also proposed what he thinks is going to be the most effective for the short term for putting people back to work, to getting through this pivotal period of time, and also to making us more competitive over the long term.”

Biden is pushing a two-part, $4 trillion spending initiative to upgrade physical infrastructure like roads and bridges and start federal programs, aimed at families, in childcare, education, and healthcare.

The White House’s negotiations with Senate Republicans on an infrastructure package are in their fourth week. But neither side has proposed another round of direct payments, and Republicans have argued that generous federal aid is keeping unemployed Americans on the sidelines.

Early last month, Psaki said Biden was open to backing another round of direct payments but described it as a costly measure. “We’ll see what members of Congress propose, but those are not free,” she said.

Stimulus checks were a key part of the $1.9 trillion relief package that Congress and Biden approved in March without Republican support. The Treasury Department and the IRS issued direct payments of up to $1,400 to most American taxpayers and their dependents.

That measure carried a $422 billion price tag, representing more than one-fifth of the overall law. Two waves of relief checks totaling $1,200 and $600 were distributed last year in rounds of federal assistance with GOP backing.

A steady drop in unemployment claims and continued job growth is likely to cut Democratic support for a fourth round of payments. At least 28 Democratic lawmakers have expressed support for recurring payments, Insider’s Ayelet Sheffey reported, though they haven’t pitched a specific amount or frequency.

Research is emerging about the impact of the latest two rounds of direct payments: the $1,400 checks in March and the $600 checks in December. A new analysis from researchers at the University of Michigan found that those checks coincided with sharp decreases in rates of food insufficiency, financial instability, and anxiety and depression.

The stimulus law also revamped the child tax credit, turning it into an advance payment and beefing up the amounts for a year. Those government checks are set to start going out to most American families on July 15, and many Democrats want to keep it permanently.