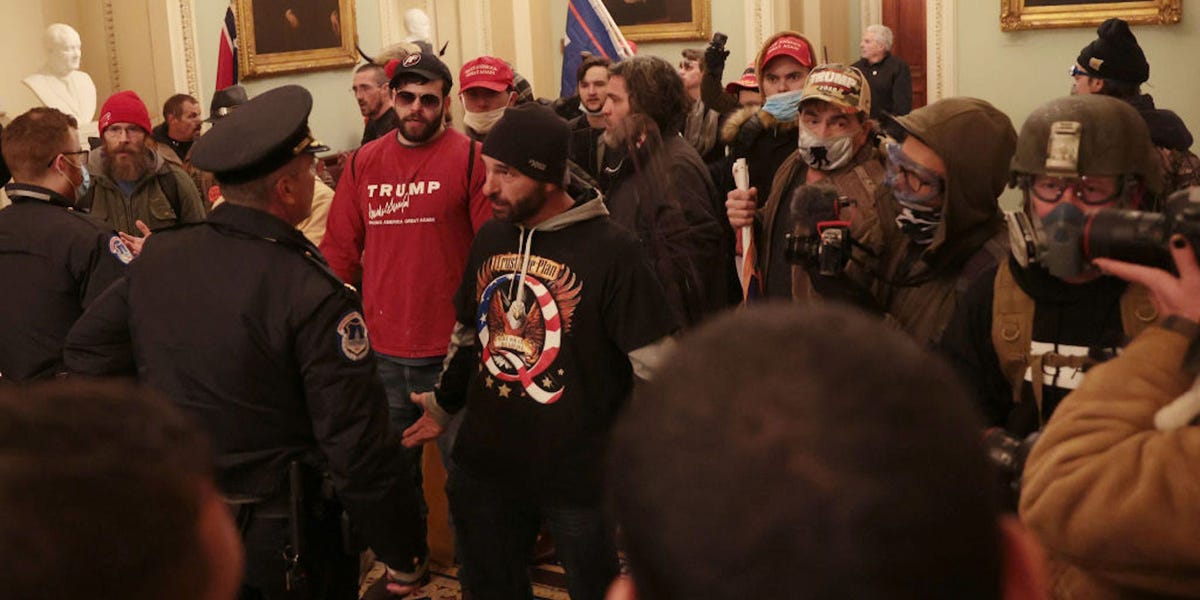 Republican Sen. Ben Sasse of Nebraska has warned that the QAnon conspiracy theory movement is destroying the GOP in a blistering op-ed for The Atlantic.

In the article, Sasse describes how devotees of the movement played a prominent role in the Capitol’s January 6 riots.

“The violence that Americans witnessed—and that might recur in the coming days—is not a protest gone awry or the work of “a few bad apples.” It is the blossoming of a rotten seed that took root in the Republican Party some time ago and has been nourished by treachery, poor political judgment, and cowardice,” writes Sasse.

He praises Capitol Police officer Eugene Goodman for luring a mob led by a man wearing a QAnon shirt away from a chamber where senators and Vice President Mike Pence were present during the unrest.

“We can dedicate ourselves to defending the Constitution and perpetuating our best American institutions and traditions, or we can be a party of conspiracy theories, cable-news fantasies, and the ruin that comes with them,” he continues. “We can be the party of Eisenhower, or the party of the conspiracist Alex Jones. We can applaud Officer Goodman or side with the mob he outwitted. We cannot do both.”

The QAnon conspiracy theory movement arose on messaging boards 4Chan and 8Chan in 2017 and has gone on to be embraced by a swath of the Republican grassroots, praised by President Donald Trump and seen an adherent, Rep. Marjorie Taylor Greene, elected to Congress.

The movement believes groundlessly that Democrats and Hollywood stars run child abuse networks, which Trump is working to dismantle. Adherents who stormed the Capitol believed that they were triggering The Storm, an event in which they believe that Trump will mass execute his political foes.

In the essay, Sasse describes Greene as a “cuckoo for Cocoa Puffs.” He ascribes the growing strength of movements founded on conspiracy theories to factors including America’s “junk food” media diet, the collapse of faith in institutions, and a pervasive loss of meaning.

He writes of a growing fissure in the GOP between Republicans who have backed impeaching Trump for instigating the riots and those who have refused to do so.

Sasse is one of a small group of GOP senators who have openly opposed Trump’s election fraud conspiracy theories that sparked the riots and has left open the possibility of convicting Trump in his second impeachment trial.

Sasse said that many party colleagues privately said they were afraid of backing Trump’s impeachment because they “believed a vote to impeach the president would put their lives, or the lives of their families, at risk,” from hardline Trump supporters.

Sasse calls for the party to show courage in emphatically rejecting the conspiracy theories embraced by swaths of the US right and for efforts to rebuild the party.

“Until last week, many party leaders and consultants thought they could preach the Constitution while winking at QAnon. They can’t. The GOP must reject conspiracy theories or be consumed by them. Now is the time to decide what this party is about,” writes Sasse.