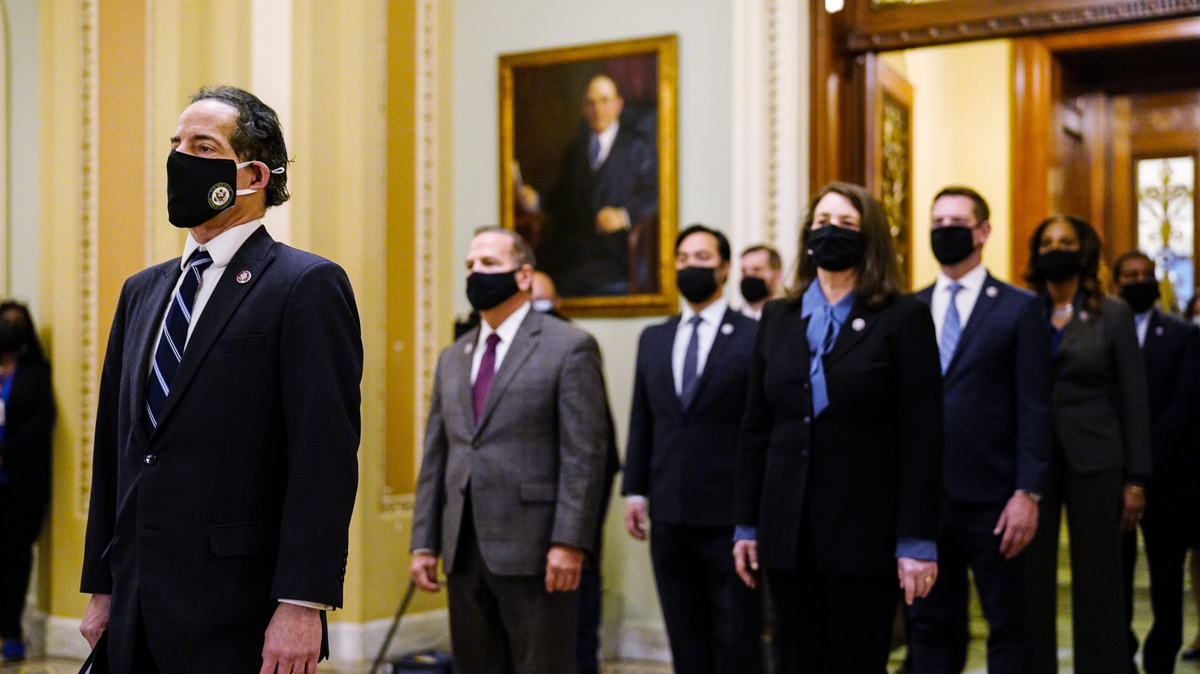 The House impeachment managers who will argue in front of the Senate that former President Donald Trump should be convicted of inciting an insurrection at the Capitol have filed a brief that outlines their evidence.

“The Nation will indeed remember January 6, 2021 — and President Trump’s singular responsibility for that tragedy. It is impossible to imagine the events of January 6 occurring without President Trump creating a powder keg, striking a match, and then seeking personal advantage from the ensuing havoc,” the brief states.

The House managers — all Democrats — concluded that instead of accepting the November election results and conceding that now-President Biden won, Trump “summoned a mob to Washington, exhorted them into a frenzy, and aimed them like a loaded cannon down Pennsylvania Avenue.”

The managers also detail in their brief that the Constitution allows for taking action against a private citizen for conduct during their term. Last week, all but five Republican senators voted in favor of a motion saying Trump’s trial, now that he’s out of office, is unconstitutional.

The 80-page document was required as part of the Senate resolution laying out deadlines for both the managers and Trump’s defense team. The trial, with senators as jurors, is set to begin next week.

Read the full document below: