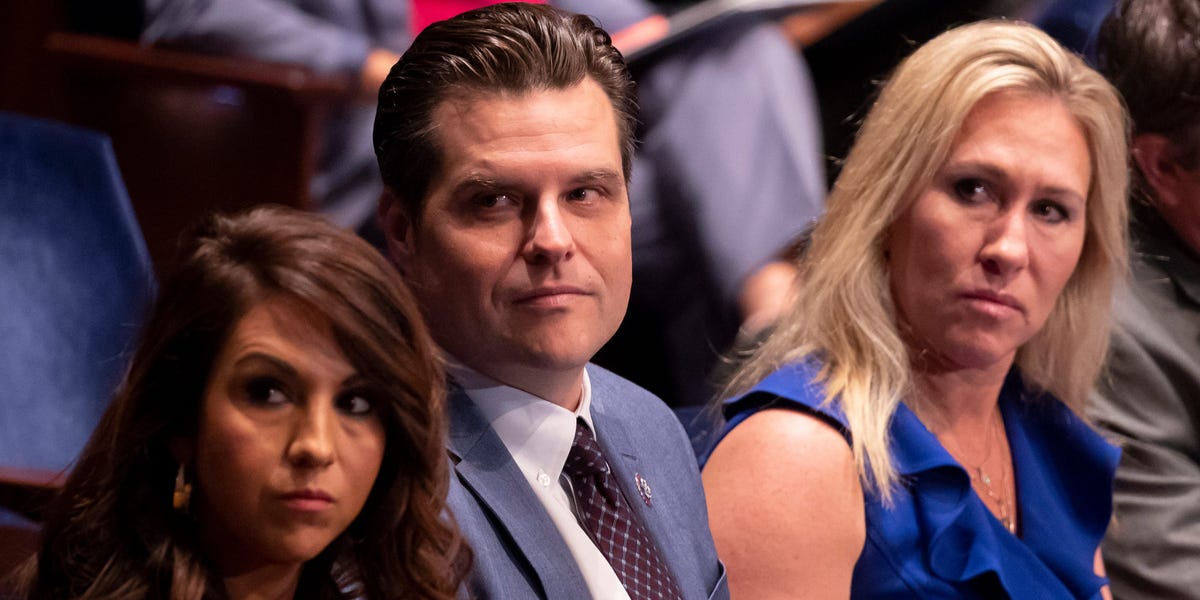 Thirteen House Republicans broke ranks Friday and voted with House Democrats, passing the bipartisan infrastructure bill and drawing the ire of some of their colleagues.

Leading up to the vote, House Minority Leader Kevin McCarthy trashed the bill as “reckless, irresponsible spending” and urged his party not to vote for it.

Rep. Marjorie Taylor Greene of Georgia warned that any Republican who votes for the bill will “feel the anger of the GOP voter,” while Rep. Madison Cawthorn of North Carolina said: “Vote for this infrastructure bill and I will primary the hell out of you.”

And yet when the House voted on the bill, which easily passed in the Senate months ago, 13 Republicans voted in favor. The bill includes funding for roads, bridges, and public transit, as well as electric vehicles, clean energy, and high-speed broadband .

Biden hailed the bill’s passage as a “once-in-a-generation investment” that will “create millions of jobs, modernize our infrastructure” and “turn the climate crisis into an opportunity.”

But some Republicans who didn’t support the bill focused on their colleagues who did.

Greene labeled them “traitors” and tweeted out a list of their names along with their office numbers.

Others went for a potentially more insulting label: Democrats.

“There’s a lot of Democrats who call themselves Republicans in the US House,” Cawthorn tweeted Saturday.

Rep. Lauren Boebert of Colorado said in a tweet “these fraudulent RINOs” should be penalized “for advertising themselves as Republicans but governing as Democrats.”

Rep. Chip Roy of Texas retweeted Rep. Warren Davidson of Ohio, who said it was “painful” to watch his Republican colleagues deliver the votes to Biden and House Speaker Nancy Pelosi.

Rep. Adam Kinzinger, one of the Republicans who voted for the bill, responded to Greene in a tweet, mocking her for referring to the infrastructure bill as communist: “Infrastructure=communism is a new one. Eisenhower’s interstate system should be torn up or else the commies will be able to conveniently drive!”

Rep. John Katko, another Republican who voted for the bill, released a statement on Twitter regarding his vote, calling it a “historic day” and praising the bill as “comprehensive infrastructure reform.”