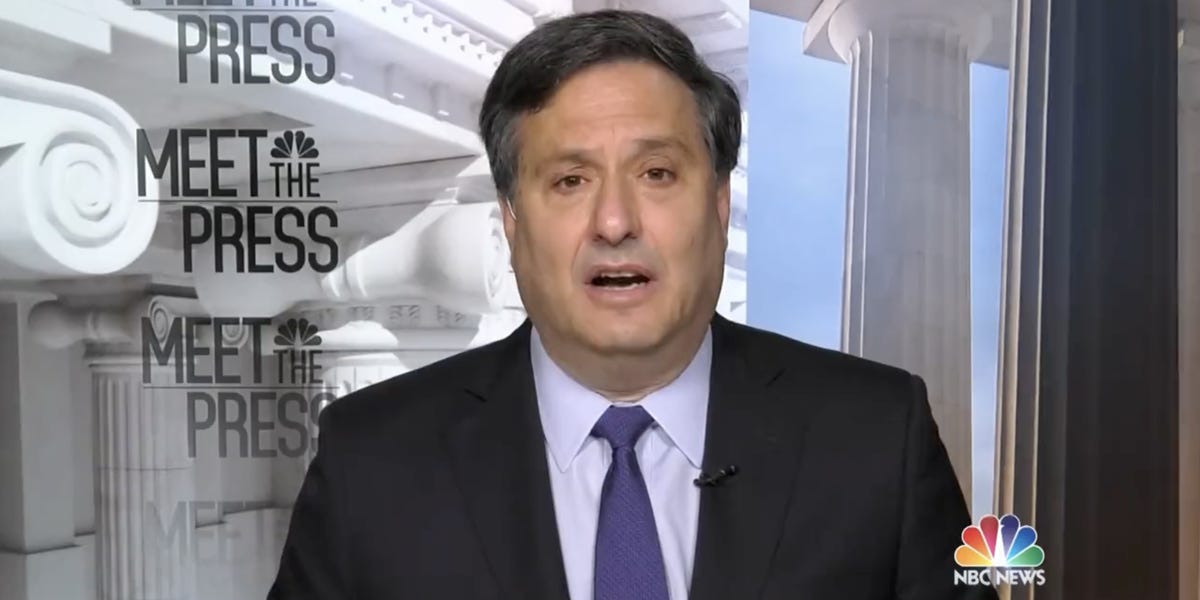 White House Chief of Staff Ronald Klain on Sunday said he expected that President Joe Biden’s federal COVID-19 vaccine mandate for businesses would ultimately be upheld after it was temporarily blocked by a federal appeals court.

“I think what it means, for the time being, is that the effectiveness of that vaccine requirement is frozen,” Klain said Sunday during an appearance on NBC News’ “Meet the Press” when asked about the stay.

As Insider reported Saturday, the three judge panel temporarily blocked the mandate, which would require businesses with at least 100 employees to require COVID-19 vaccinations or weekly testing.

The New Orleans-based US Court of Appeals for the Fifth Circuit said there were potentially “grave statutory and constitutional” issues at play with the requirement, which is scheduled to go into effect on January 4. As Insider previously reported, most states have sued the Biden administration to stop it.

In the lawsuits, states argue that the federal government doesn’t have the constitutional authority to put a vaccine mandate in place and that the Occupational Safety and Health Administration (OSHA) lacks the authority to enforce it, Insider’s Kevin Shalvey reported.

But Klain said Sunday he believed the mandate would be litigated before January 3, meaning the mandate set to take place the following day could still take effect as scheduled.

“These vaccine requirements have been litigated up and down the courts all over the country,” he added, pointing to court decisions upholding similar vaccine mandates on the state level.

“The Supreme Court has turned back several times already various efforts to enjoin other vaccine requirements,” he said.

Klain said he was “quite confident” the validity of the requirement would be upheld by the end of the legal process. The White House has maintained that requiring vaccinations is key to turning the corner on the nearly two year long coronavirus pandemic.

“It’s common sense, Chuck,” he said. “If OSHA can tell people to wear a hard hat on the job, to be careful around chemicals, it could put in place these simple measures to keep our workers safe.”