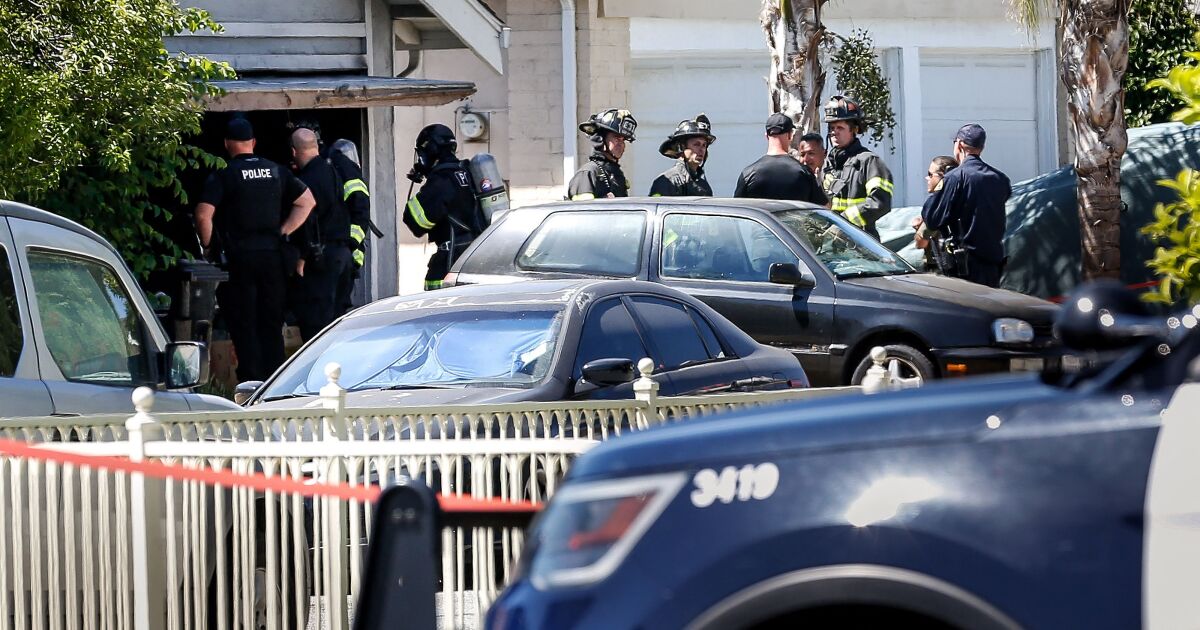 As the city of San Jose plans a vigil for the nine victims of a mass shooting, troubling new details have emerged about the moments leading up to their deaths.

The violence, which has been described as a workplace dispute, left the city reeling as the community mourned the victims and demanded answers about what happened.

New reports have revealed that the shooter may have targeted the victims, who ranged in age from 29 to 63. They were found in two separate buildings at the Valley Transit Authority on Wednesday.

“It appears to us at this point that he said to one of the people there: ‘I’m not going to shoot you,’” Santa Clara Sheriff Laurie Smith told the Associated Press on Thursday. “And then he shot other people. So I imagine there was some kind of thought on who he wanted to shoot.”

One witness told KGO-TV that the shooter “had a specific agenda.”

“He was targeting certain people, he walked by other people,” said Kirk Bertolet, who has worked for the VTA for 12 years and was on duty at the time of the shooting Wednesday. “He let other people live as he gunned down other people.”

Smith also told the “Today” show that the gunman, Samuel Cassidy, 57, was “very deliberate, very fast” during the shooting rampage.

Cassidy had been employed at the VTA for at least eight years.

He was found with two semiautomatic handguns and 11 loaded magazines, Smith said. She later told the AP that he fired 39 shots.

Cassidy’s ex-wife, Cecilia Nelms, said he had talked about killing people at work more than a decade ago.

“I never believed him, and it never happened. Until now,” she told the Associated Press after the attack.

Authorities were investigating the timing of the attack. The first 911 calls about the shooting came in at 6:34 a.m. Wednesday. Three minutes later, a fire was reported at Cassidy’s home on Angmar Court, eight miles away.

Smith said officials are operating under the assumption that he acted alone and “set some kind of device to go off [to set fire to his house] at a certain time, probably to coincide with his shooting,” although she noted that thinking may change as the investigation continues.

Deputy Russell Davis with the Santa Clara County Sheriff’s Office said Thursday that investigators were working on getting a search warrant for Cassidy’s house, which was heavily damaged by the fire.

“We’re going to use everything we can and grab all the evidence we can,” he said.

Bomb-sniffing dogs at the rail yard also located bomb-making materials in what is presumed to be Cassidy’s locker, including detonator cords and “the precursors to an explosive,” according to Smith.

During a news briefing Thursday, board members and officials with the VTA expressed shock and sadness.

“Words are not enough to justify the pain we are going through,” said VTA light rail transportation Supt. Naunihal Singh. “I’m angry. I’m sad. I’m lost for words. At the same time trying to find reasons why.”

Singh also said it showed the character of his co-workers that they tried to save others during the attack. The family of one victim, Taptejdeep Singh, said he helped fellow workers hide before being shot.

San Jose City Councilman Raul Peralez spoke as both a VTA board member and a friend of one of the victims, Michael Rudometkin.

San Jose Mayor Sam Liccardo said on Twitter that a vigil for the victims will be held at 6 p.m. Thursday at City Hall Plaza.

“This is a moment for us to come together and grieve,” he said.

Cassidy was known to neighbors as a “very strange, very quiet” guy in his working-class neighborhood, said Ramon Crescini, 64, a retired general contractor who lives several doors down.

He was divorced more than a decade ago. Nelms, his ex-wife, told the Mercury News that he had a mercurial temper and often complained that co-workers and family members had easier lives than he did.

In April 2009, Cassidy was granted a restraining order he sought against a 45-year-old former girlfriend, whom The Times is not naming as she is the victim of an alleged sexual assault.

In an interview with KRON-TV early Thursday, Smith said Cassidy took his own life when deputies confronted him. Officials on Wednesday said they did not exchange gunfire with him.

“He’s a coward. He took a cowardly act,” Smith said.

At a news briefing Wednesday, Gov. Gavin Newsom said there is a “sameness and a numbness to these incidents” after meeting with family members of the victims. He asked when the violence will stop.

“What the hell’s going on in the United States of America?” Newsom asked. “What the hell’s wrong with us? … When are we going to put down our arms, literally and figuratively?”

“What in the world could possibly prompt someone to take this kind of action, we don’t know at this point,” she said.