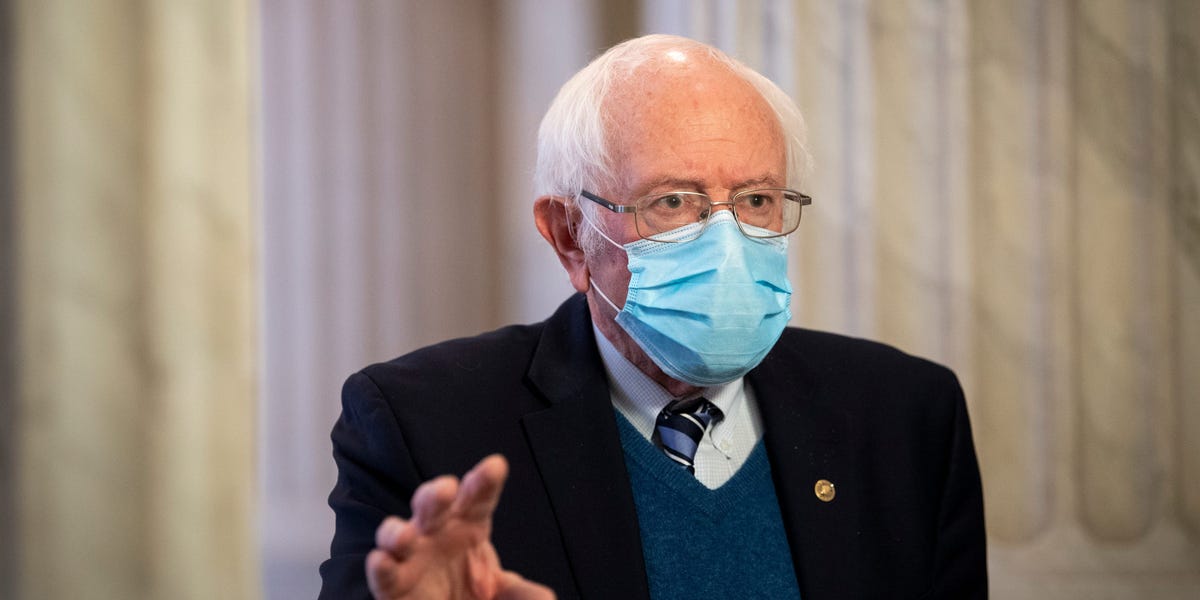 Sen. Bernie Sanders on Sunday said that Democrats must act quickly in passing a COVID-19 relief package now that President Joe Biden has assumed office and Democrats narrowly control both the House and Senate.

“Well, I don’t know what the word compromise means,” Sanders, , an Independent from Vermont, told CNN’s Dana Bash during an appearance on “State of the Union” when asked about finding a common ground with Republicans on relief. “I know that working families are living today in more economic desperation since the great depression. If Republicans are willing to work with us to address that crisis: Welcome — let’s do it.”

But Sanders said Democrats shouldn’t wait for Republican support to pass relief, telling Bash that Democrats should use a process called reconciliation to more quickly get relief in the hands of Americans. As both Bash and Sanders pointed out, the process requires just a simple majority vote to pass legislation, as it does not permit the use of filibuster that requires 60 votes to overturn. Reconciliation was first used in 1980 and is typically reserved for budget and spending legislation, as Politico noted.

Read more: More than 200 coronavirus vaccines are still in development as the initial vaccine rollout ramps up. Here’s how experts anticipate 2021 playing out.

Without reconciliation, Republicans could use the filibuster to prevent Democrats from passing legislation despite their majority in the House, Senate, and occupancy of the White House. Democrats and Republicans have an even split in the Senate, but Vice President Kamala Harris, a Democrat, functions as the president of the Senate and will cast a vote in case of any tie, giving Democrats narrow control of the chamber.

“But what we cannot do is wait weeks and weeks and months and months to go forward,” Sanders said Sunday. “We have got to act now. That is what the American people want.”

The tactic was used by Republicans during the Trump administration when the GOP unsuccessfully attempted to overturn portions of the Affordable Care Act. It was also used by the GOP to pass tax bills, as Sanders noted. While Bash noted Sanders had criticized his Republican colleagues for their use of the tactic, he defended his prior criticism in the interview Sunday, saying the “devil is in the details.”

“We’re going to use reconciliation … to pass legislation desperately needed by working families in this country right now,” he said.

Sanders added he was proposing two reconciliation bills, the first of which would prioritize direct relief to Americans and efforts to end the COVID-19 pandemic. The second, he said, would contain efforts to rebuild the struggling economy.

Sanders told Bash on Sunday that Senate Democrats could simultaneously focus on the impeachment trial of former President Donald Trump and addressing the pandemic.

“We gotta do everything,” he said. “You don’t have the time to sit around weeks on impeachment and not get vaccines in the arms of people. You don’t have time to worry about vaccines and not the fact that children in America are going hungry.

“We gotta break through this old approach that the Senate takes years and years to do anything,” he added. “We’ve got a crisis right now. We can chew bubblegum and walk at the same time.”