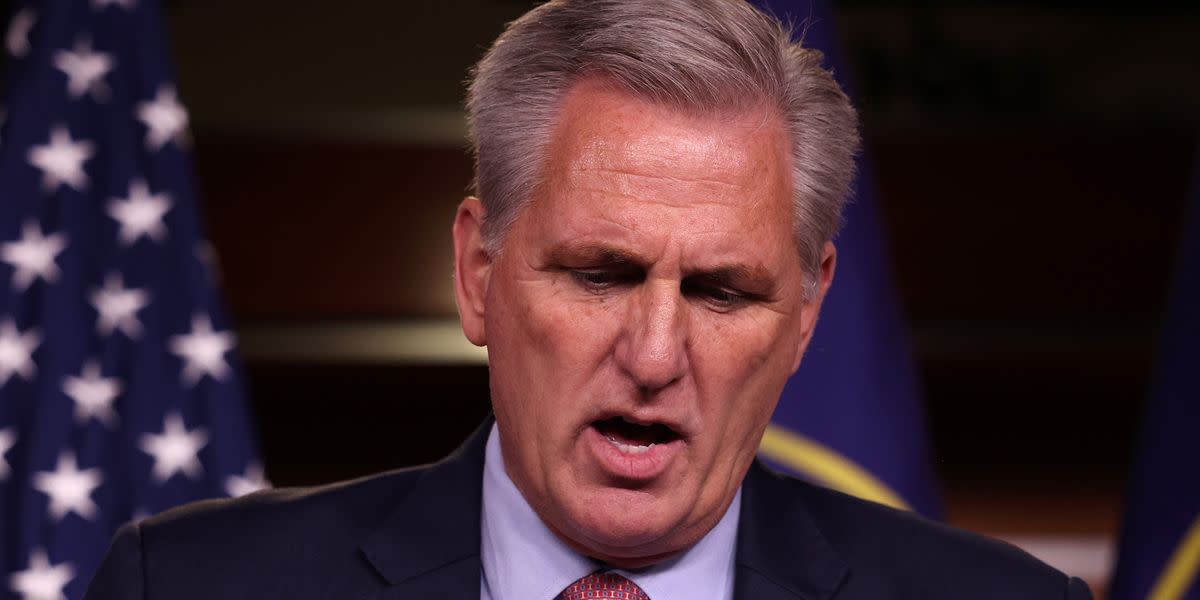 A House select committee investigating the Jan. 6 attack on the U.S. Capitol asked the 35 companies to preserve records of those who may have been involved in the riot and/or the rally that preceded it.

“If companies still choose to violate federal law, a Republican majority will not forget and will stand with Americans to hold them fully accountable under the law,” McCarthy said.

It’s not clear what, if any, law he was referring to. But to some, it was obvious McCarthy and other Republicans were nervous about what those records might reveal.

“He’s scared,” Rep. Adam Schiff (D-Calif.), who serves on the select committee, said on MSNBC on Tuesday night. “And I think his boss is scared.”

The “boss,” in this case, refers to Donald Trump ― or as Schiff called the former president, McCarthy’s “master in Mar-a-Lago.”

“They don’t want the country to know exactly what they were involved in,” Schiff said.

On social media, the sentiment was much the same:

This article originally appeared on HuffPost and has been updated.