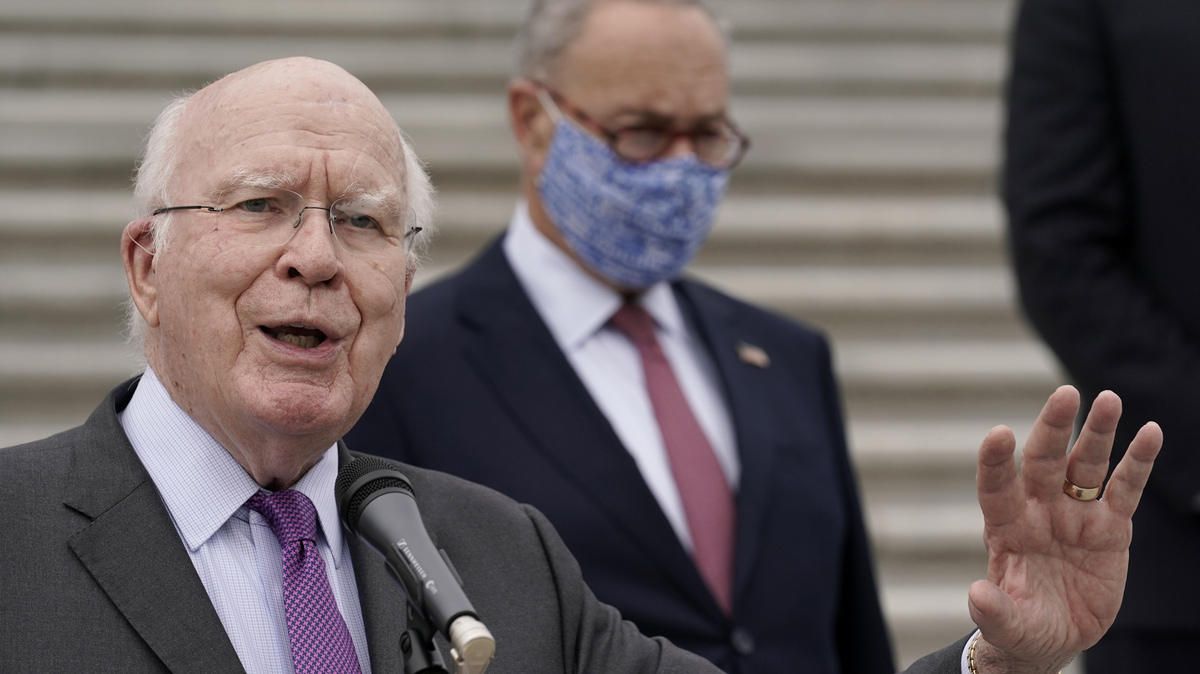 When asked if he was concerned about remaining impartial, Leahy told reporters: “I have presided over hundreds of hours in my time in the Senate. I don’t think anybody has ever suggested I was anything but impartial in those hundreds of hours.”

Leahy added: “I’m not presenting the evidence. I am making sure that procedures are followed. I don’t think there’s any senator who over the 40-plus years I’ve been here that would say that I am anything but impartial in voting on procedure.”

Chief Justice John Roberts presided over Trump’s first impeachment trial, but now that Trump is a former president, Roberts is not constitutionally obligated to preside.

The Constitution says, “When the President of the United States is tried, the Chief Justice shall preside.” And Roberts did that when Trump was tried last year. This time, however, the chief justice let it be known he did not want to preside now that Trump is no longer president. On Monday, a Supreme Court spokeswoman said Roberts would have no comment.

It is unclear whether Senate leaders ever consulted Roberts. More likely, Roberts, who has tried mightily to keep the Supreme Court out of politics, headed them off at the pass and made his views clear.

In modern times, impeachment trial votes in the Senate — most often to remove federal judges — have been presided over not by the vice president either, but by the president pro tempore of the Senate.

The Senate, of course, could have asked Vice President Harris to preside, but that would have presented all the bad optics the Founders wanted to avoid.

Senate Democrats would likely have preferred to have Roberts be the apolitical referee of the proceedings, but even his largely ceremonial role in the first Trump impeachment drew complaints from the left on social media — something he almost certainly didn’t care for.

So, Democrats are stuck now with an impeachment trial that likely will not succeed. And some Senate Democrats are exploring alternative ways to keep Trump permanently from holding office.

The best option would appear to be Section 3 of the 14th Amendment, enacted in the Civil War’s aftermath, which allows Congress to bar any officer, civil or military, from holding future office if he is found to have “engaged in insurrection or rebellion” against the Constitution of the United States.

The Constitution does not specify how many votes it would take for such a bar on holding future office. Senate rules say it will take 60 votes, as opposed to 67 needed for conviction on impeachment action.

House impeachment managers were to deliver the article of impeachment to the Senate on Monday evening, and the trial is scheduled to begin the week of Feb. 8.

On Jan. 13, Trump became the only president in U.S. history to be impeached twice by the House of Representatives. House Democrats brought one article of impeachment — “incitement of insurrection” — related to remarks he made to a loyal crowd Jan. 6 that resulted in a deadly riot at the Capitol.

Trump, the first one-term president since George H.W. Bush in the 1990s, lost the November election to President Biden but has repeatedly and baselessly challenged the results, citing little or false evidence.
Source Link