Retired Army Gen. Lloyd Austin, the Biden administration’s choice to be secretary of defense, will likely face questions at his confirmation hearing on Tuesday about the stepped-up military presence following the insurrection at the Capitol on Jan. 6. Susan Walsh/AP hide caption 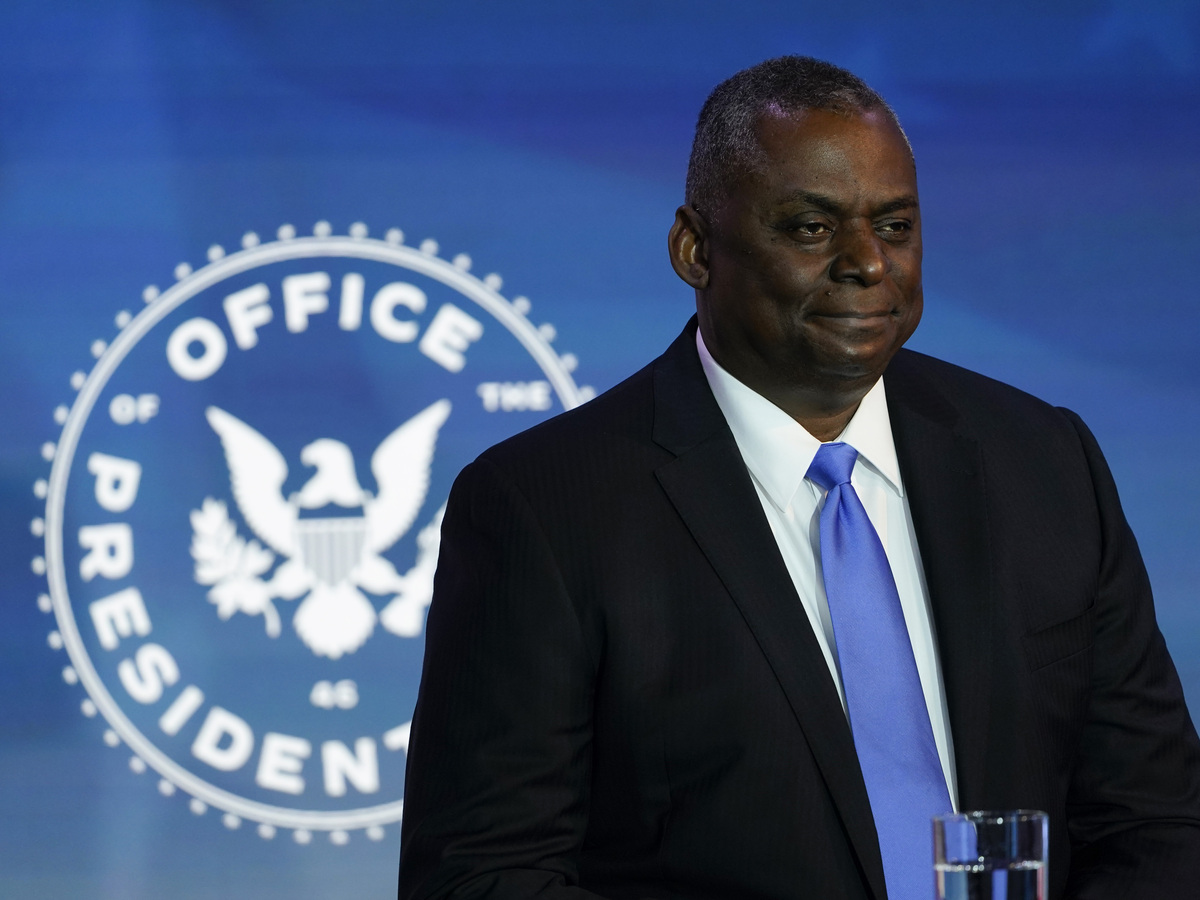 Retired Army Gen. Lloyd Austin, the Biden administration’s choice to be secretary of defense, will likely face questions at his confirmation hearing on Tuesday about the stepped-up military presence following the insurrection at the Capitol on Jan. 6.

The day before Joe Biden is sworn in as the 46th president of the United States, five of his Cabinet nominees will answer questions from Senate panels handling their confirmations. The busy committee calendar is ramping up at the same time an impeachment trial is expected to start, posing a split-screen challenge for the Senate, which is still reeling from an attack less than two weeks ago.

The process of vetting the top officials in the new administration comes as the Senate is still in a period of transition. Democrats are due to take the majority after winning a pair of runoff elections in Georgia earlier this month.

Since Raphael Warnock and Jon Ossoff, the newly elected Democrats from Georgia, have not been sworn in yet, Republicans currently have the majority in the Senate, and GOP chairs will preside over the five confirmation hearings on Tuesday. Warnock and Ossoff’s elections are expected to be certified soon so they can officially begin their Senate work. In addition, Alex Padilla, appointed by California Gov. Gavin Newsom to take the seat of Vice President-elect Kamala Harris, could be sworn in as early as this week. But the organization of the 50-50 Senate could take some time to sort out. Harris will serve as the tie-breaking vote since the vice president also serves as president of the Senate.

(See who has been named to the Biden administration so far).

Unlike previous administrations, President-elect Biden will not have top national security Cabinet officials confirmed as he takes office. But his transition team said the incoming president plans to appoint acting agency heads from career civil service ranks as the Senate considers and votes on his nominees to lead the departments.

House Speaker Nancy Pelosi, D-Calif., is expected to transmit the article of impeachment that the House approved last week soon. But until she does, the timeline for a trial and the rules that would govern how long it would last or whether witnesses will be called are still unclear. Biden has made it clear he believes the Senate can balance both the trial, confirmation votes and consideration of his $1.9 trillion coronavirus relief package.

Minnesota Democratic Sen. Amy Klobuchar downplayed the multitasking challenge in an interview on CNN on Monday, “We can do three things at once in the Senate. Moms are juggling their toddlers on their knees and their laptops on their desks right now.”

The fallout from the violent attack by pro-Trump extremists on the U.S. Capitol on Jan. 6 is still reverberating among lawmakers as more arrests continue to reveal details about the siege and motivations of those involved. Some of the committees involved in confirmations are likely to also take up reviews of their own.

The first five hearings on Tuesday include nominees who are already signaling sharp departures from the policies enacted under President Trump. They also showcase the diversity that Biden has vowed to be a hallmark of his Cabinet, and more broadly of his approach to his presidency.

Up to 25,000 National Guard troops have been activated to help patrol Washington, D.C., due to concerns over increased domestic terrorism threats around Wednesday’s inauguration. Questions about the military’s role are likely to come up at retired four-star Gen. Lloyd Austin‘s confirmation hearing before the Senate Armed Services committee. Austin would be the first African American defense secretary if confirmed by the Senate. He will need a waiver approved by both the House and Senate to take the position because he has not been out of uniform for the required seven years.

Austin will likely face questions about the plans for U.S. troops in Afghanistan, after President Trump reduced the military footprint there. He will also be peppered with questions about his views on the posture for the military with regard to threats from Iran, Russia and China.

The insurrection at the Capitol will likely be a central topic at the Senate Homeland Security and Governmental Affairs Committee’s hearing with Alejandro Mayorkas, the incoming administration’s nominee to be secretary of homeland security. The department has had a lot of turnover at the top under President Trump and faced controversy over implementing controversial immigration policies. Mayorkas, a Cuban American, would become the first Latino at the top of the agency.

Ron Klain, the incoming White House chief of staff, has already indicated that the administration will take executive action on its first day in power to roll back the travel ban instituted by the Trump administration restricting immigration from some Muslim countries.

Antony Blinken, Biden’s nominee to be the next secretary of state, is a familiar face to many on Capitol Hill. He served as deputy secretary of state in the Obama administration and was a longtime top aide to Biden. He will appear before the Senate Foreign Relations Committee on Tuesday. Texas GOP Rep. Mike McCaul, the top Republican on the House Foreign Affairs Committee, urged Senate Republicans on the panel to “dig deep into the many foreign policy areas where we have heard very little from the incoming administration.”

Klain also said the administration will move immediately to rejoin the Paris climate accords, a topic that could come up on Tuesday. But after President Trump’s “America First” mantra, Blinken has vowed to restore America’s credibility on the global stage. He will also face questions about how he will approach strained relationships with key allies and handle rising threats from Iran, North Korea, Russia and China.

The Senate Intelligence Committee will hear from Avril Haines, Biden’s pick to serve as director of national intelligence, on Tuesday. If confirmed, Haines would be the first woman to hold the post. Many Democratic lawmakers over the past four years have complained about the politicization of intelligence and the lack of briefings for members around key events. Many warned that the U.S. needs to be more vigilant about the threats from Russia and China.

The hack of several federal agencies in December, which many believe was orchestrated by Russia’s intelligence arm, is one issue that Congress is still investigating, and lawmakers will want details on how the Biden administration plans to respond.

Former Federal Reserve Chair Janet Yellen, Biden’s nominee to lead the Treasury Department, will answer questions before the Senate Finance Committee. She would make history as the first female Treasury secretary if confirmed. Since she was nominated, she appears to have some bipartisan support because many are already familiar with her reputation over her tenure in government.

Last week, Biden rolled out a massive $1.9 trillion COVID-19 proposal to help juice the struggling economy. The plan includes $1,400 direct payments to many Americans, but one key Democrat — West Virginia Sen. Joe Manchin — is already saying he thinks any additional checks need to be targeted. The move to add a proposal to increase the federal minimum wage to $15 per hour is already a non-starter for many in the GOP and could also be problematic for some centrist Democrats. Both of those issues, as well as additional support for small businesses, are likely to come up during the hearing.

It’s unclear how quickly votes on these five nominees will move to the full Senate if they receive committee approval. But as Democrats take control of the chamber, they are expected to move swiftly and have the votes to install Cabinet nominees absent any new vetting issues.
Source Link