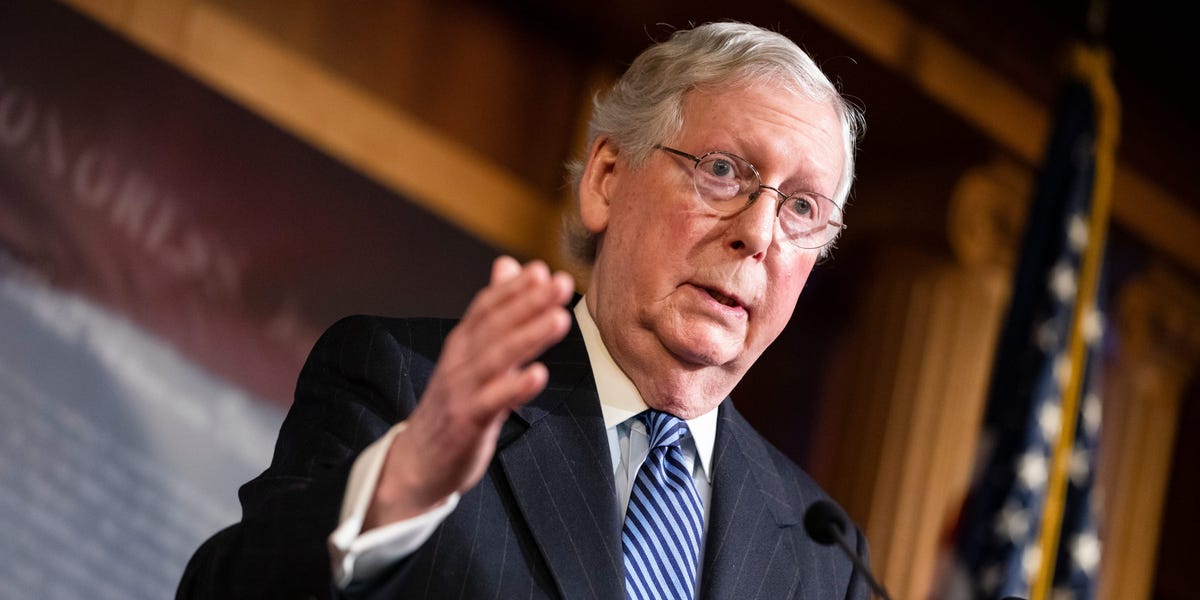 Senate Minority Leader Mitch McConnell’s deal with Democrats to extend the debt ceiling isn’t going down well with his fellow Republicans as the US gets closer to a debt default within two weeks.

The Senate GOP struggled on Thursday to get on the same page on a measure to renew the US’s ability to pay its bills. McConnell and Senate Majority Leader Chuck Schumer of New York struck a deal to extend the debt limit through December, lifting the threat of default for two months. That would mean Congress will have to address that, along with government funding, in late fall.

Republican Sens. Ted Cruz of Texas and Rand Paul of Kentucky blocked a procedural maneuver that would have allowed Democrats to extend the ceiling with 51 votes alone. Their opposition undercuts the GOP’s effort to paint Democrats as the party that is refusing to raise the debt ceiling — now Democrats will need 60 votes, which will require bringing some Republicans to their side.

Sen. John Thune of South Dakota, the party’s chief vote counter, told reporters it would be “a painful birthing process” for Republicans to shore up 10 votes to help Senate Democrats break the filibuster’s 60-vote threshold. But he expressed confidence enough members could be prodded.

It wasn’t immediately clear whether 10 Republican senators would ultimately cast votes helping Democrats extend the debt limit. The initial vote would only be a procedural one, and it’s not final passage.

“If I pulled out my card right now and we started writing down names, we’d come up with 7 pretty quickly,” Sen. Kevin Cramer of North Dakota said in an interview. “Then we’d struggle to get the 8th and we’d be damn hard-pressed to predict the 9th and 10th.”

Cramer said he would oppose the debt ceiling extension. Sens. Lisa Murkowski of Alaska and Richard Shelby of Alabama both told Insider they would back the first vote.

“I think we need to move the goalposts a little bit and try to keep things alive,” Shelby told Insider. “That’s what we’re doing, we’re punting.”

Other Republicans said they hadn’t made up their minds, like Sen. Mitt Romney of Utah.