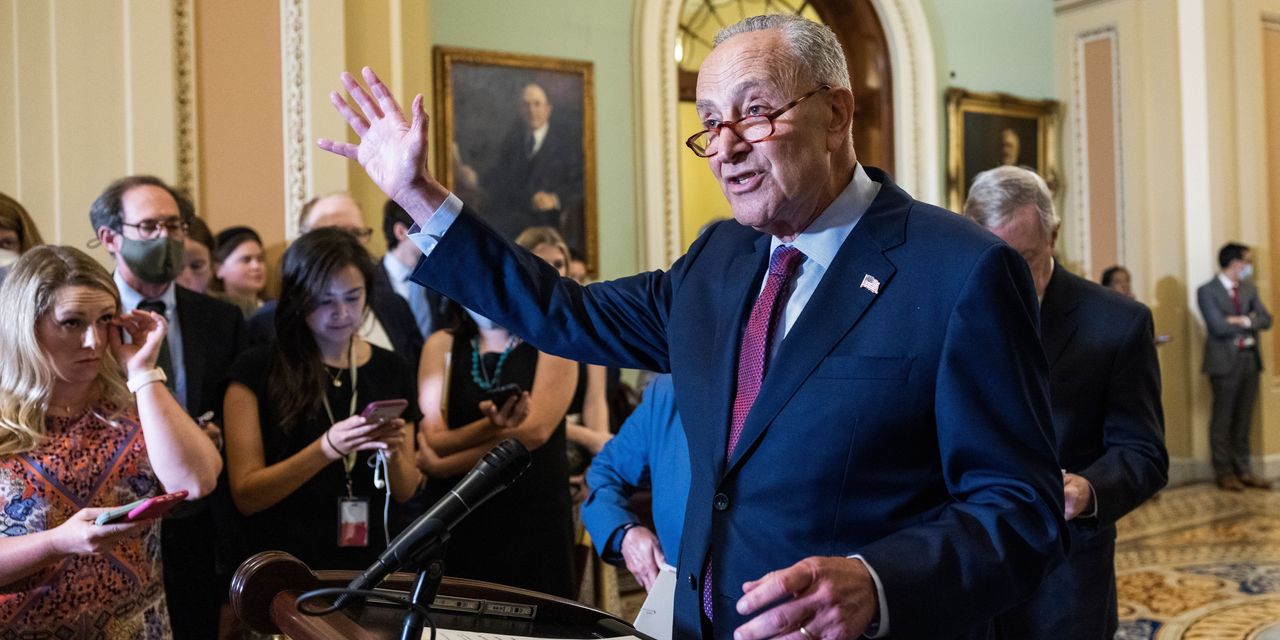 WASHINGTON—Lawmakers pushed to finalize an infrastructure agreement Sunday, but said they were still struggling to resolve a dispute over how much to increase public transit funding, a snag that could delay their goal of advancing the bill in a Senate vote early this week.

GOP senators had blocked efforts by Democrats to begin consideration of the roughly $1 trillion infrastructure bill on Wednesday, saying too much of the package remained unresolved. Lawmakers in a bipartisan group crafting the legislation said late last week that they hoped to finish in time to reverse that outcome in a second vote in the next few days.

Sen. Rob Portman (R., Ohio), the lead GOP negotiator of the bipartisan group, said Sunday on ABC that negotiators were “about 90% of the way there” in reaching an agreement, but were still battling over how much money to direct to public transit. Democrats have pushed to include a larger share of transit funding.

“We have one issue outstanding and we’re not getting much response from the Democrats on it. It’s about mass transit. Our transit number is very generous,” Mr. Portman said. Democrats have said that the GOP transit proposals were insufficient.

“They have not been serious about transit dollars,” Senate Banking Committee Chairman Sherrod Brown (D., Ohio), who oversees transit funding, said late last week. “We’ve offered to split the difference, and they don’t seem to want to do that.”