Del. Stacey Plaskett, one of the House managers in former President Donald Trump’s Senate trial, defends the decision not to call witnesses. “As all Americans believed at that moment, the evidence was overwhelming,” she says. Win McNamee/Getty Images hide caption 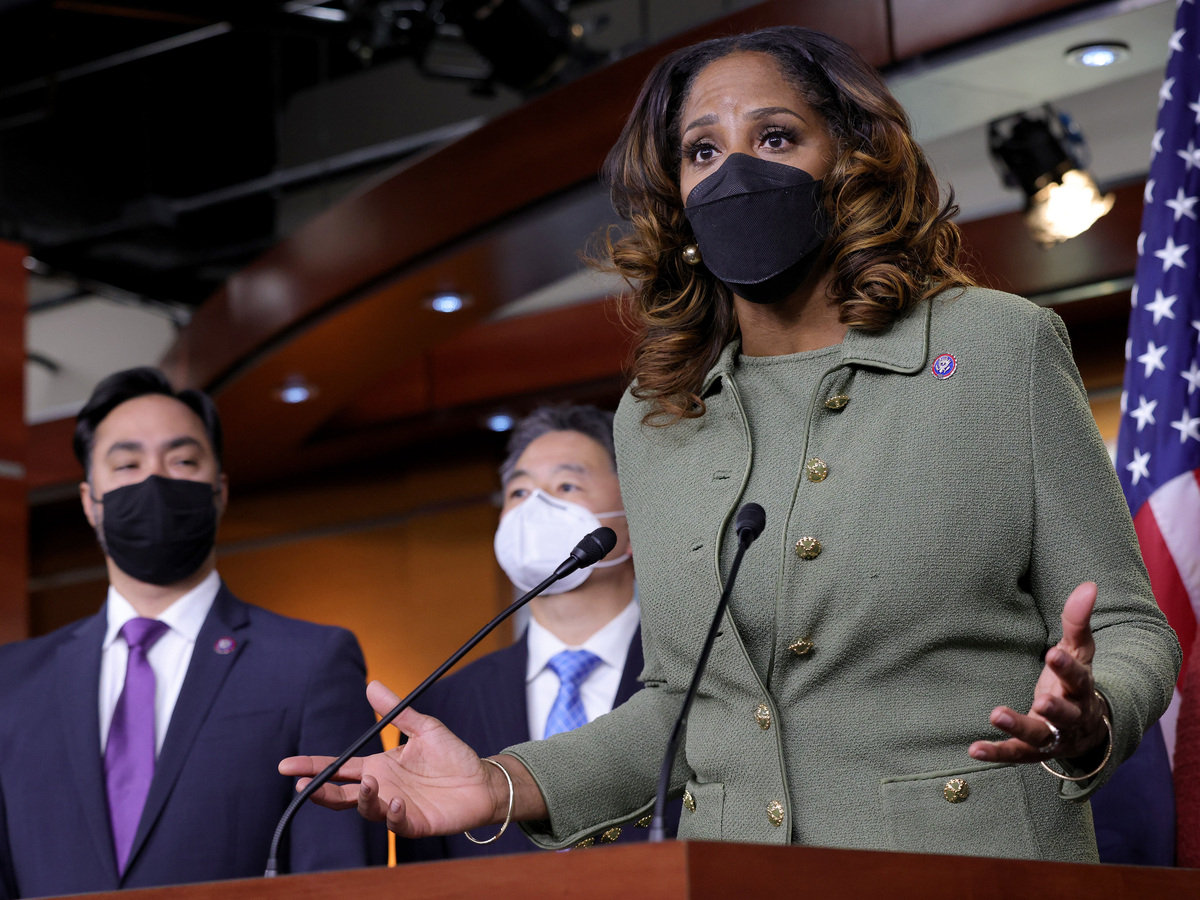 Del. Stacey Plaskett, one of the House managers in former President Donald Trump’s Senate trial, defends the decision not to call witnesses. “As all Americans believed at that moment, the evidence was overwhelming,” she says.

Just before voting Saturday to acquit former President Donald Trump in his second impeachment trial, the Senate seemed to reverse course with a decision not to call witnesses.

Del. Stacey Plaskett, a Democrat from the U.S. Virgin Islands who was one of the House impeachment managers, is defending the agreement between House managers and Trump’s attorneys not to call witnesses after all.

“We had no need to call any witnesses at the end of the trial because, as all Americans believed at that moment, the evidence was overwhelming,” she said in an interview Sunday with NPR’s Weekend Edition.

The Senate voted 57-43, including seven Republicans, to hold Trump guilty on an impeachment charge of inciting an insurrection. But that was short of the two-thirds, or 67 votes, needed to convict.

“I know that people have a lot of angst and they can’t believe that the Senate did what they did. But what we needed were senators, more senators with spines, not more witnesses,” Plaskett said.

She said the House managers wanted to enter into the record the statement of Rep. Jaime Herrera Beutler, R-Wash., about a conversation Beutler had with House Minority Leader Kevin McCarthy, R-Calif., regarding a call he had with Trump on Jan. 6.

After an agreement was reached to read Herrera Beutler’s statement in the record, Plaskett says, there was no need to call her as a witness.

“Individuals do not come to the Senate floor, raise their hand and testify. Individuals are depositioned, videotaped, and that tape is then played before the Senate,” Plaskett said.

“We wanted the testimony and the statement of our colleague Jaime Herrera Beutler, who is a tremendous patriot to put herself out there. And we were able to get that,” she said.

Plaskett denied that she and other House managers were pressured by Senate Democrats not to call witnesses.

“No. We made a decision,” Plaskett said. “And again, it was not a reverse course. We got in what we wanted, which was the statement of Jaime Herrera Beutler. And that completed even more so our case. The evidence was overwhelming when we closed and all Americans believe that we had closed our case.”

Asked about Senate Minority Leader Mitch McConnell’s scathing statement Saturday that Trump “is practically and morally responsible for provoking” the Capitol insurrection, Plaskett said that it showed “we proved our case and it’s obvious from his statement that [McConnell] believed what we said.”

Plaskett said Trump “will be forever tarnished” by the impeachment.

“I think it leaves him for all history — our children and my grandchildren will see in history that this was the most despicable despot attempting to become a fascist ruler over a country that was founded in democracy,” she said.
Source Link