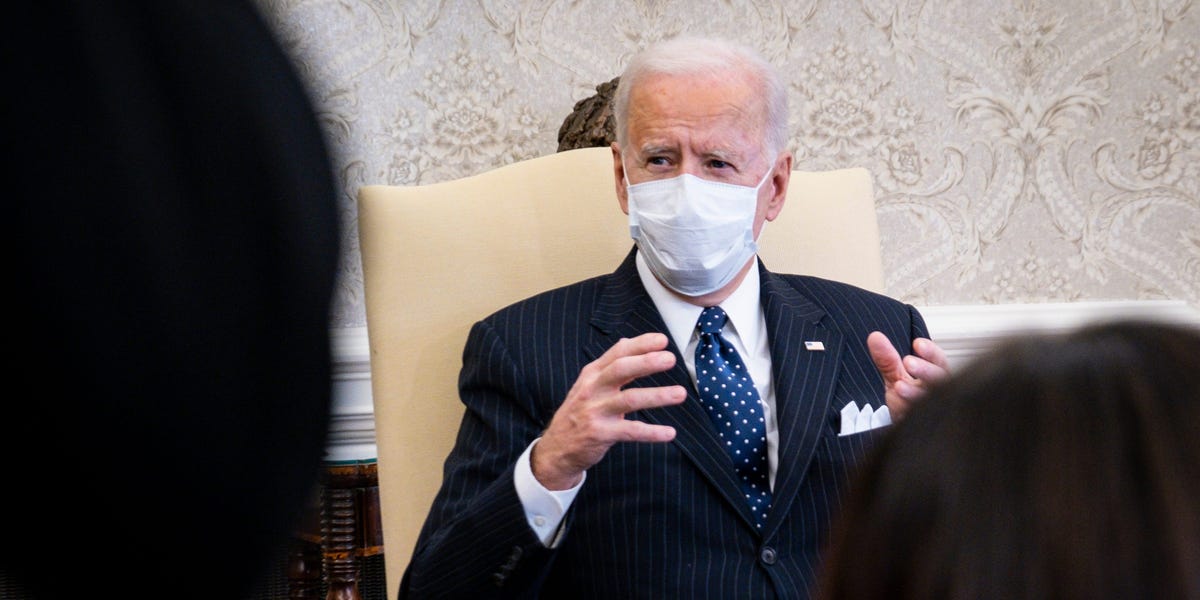 President Joe Biden threw his support on Tuesday behind initial legislation from House Democrats that would maintain the $75,000 a year income threshold for stimulus checks after proposals to lower it sparked opposition from many Democrats.

Biden met with several business leaders in the Oval Office to discuss his $1.9 trillion emergency spending package and continue gathering support for it. Early polls indicated it was popular with a strong majority of Americans who participated in the survey.

The gathering included top business executives such as JPMorgan Chase CEO Jamie Dimon; Doug McMillion, the CEO of Walmart; Sonia Syngal, the CEO of Gap; and Tom Donohue of the US Chamber of Commerce. Vice President Kamala Harris and Treasury Secretary Janet Yellen also attended it.

The president kicked off the meeting by indicating that the White House was exchanging papers with Senate Republicans and attempting to determine areas of common ground between them. Then he took questions on the impeachment trial of former President Donald Trump and stimulus-check eligibility as talks started in earnest.

He responded with a simple “yes” when asked by reporters about keeping the stimulus-check thresholds at existing levels. White House press secretary Jen Psaki also indicated on Tuesday the White House supported the move.

The comments came as House Democrats rejected efforts to tighten the income thresholds for a fresh wave of stimulus checks. Some centrist Democrats floated a plan to tighten the thresholds, but it sparked outcry from lawmakers like Sen. Bernie Sanders and the freshman Democratic senators from Georgia who campaigned on sending $2,000 checks.

House Democrats unveiled initial legislation on Monday evening that would send $1,400 checks to people making up to $75,000 a year and couples earning up to $150,000. Those are the same parameters the president laid out last month in his rescue package.

But the payments would be capped at a lower threshold for higher earners to restrict who can get a direct payment. The House Democratic plan would phase them out for singles earning over $100,000 and couples making above $200,000.

Biden’s plan includes $1,400 stimulus checks, $400 federal unemployment benefits through September, a bigger child tax credit, and assistance to state and local governments. The House Democratic version of the plan would cut out a month of enhanced unemployment insurance.

Committees will spend the next two weeks marking up the legislation, so additional changes are still possible before the final bill reaches the House floor. Democrats are using the reconciliation process, a maneuver allowing legislation to clear the Senate with a simple majority of 51 votes instead of the 60 generally required to ward off a filibuster.

A group of 10 Senate Republicans led by Sen. Susan Collins of Maine put forward a $618 billion measure earlier this month. Democrats panned it because they said it would provide meager federal assistance. Still, the group sent a letter to the White House on Thursday saying it was “committed to working in a bipartisan fashion.”

When he was asked about the state of bipartisan relief talks on Tuesday, Sen. Bill Cassidy of Louisiana, one of the Republicans in the group, told Insider “we’re exchanging letters.” He did not specify beyond that, and his office did not immediately respond to a request for comment.

Biden recently expressed a stronger willingness to abandon talks with Republicans with the hopes of securing quicker passage of his plan. But he suggested on Tuesday that discussions with them continue.

“I’ve met for a long time with my Republican colleagues. I’ve been exchanging correspondence with them and telephone calls, as well, to see if there’s any way we can follow up beyond where we are,” Biden said. “I think we’re in a position to think big and move big.”

Republicans are staunchly opposed to the relief package, saying it’s a huge amount of untargeted spending. Rep. Kevin Brady, the ranking Republican of the tax-writing House Ways and Means Committee, criticized the Democratic efforts to bypass Republicans on pandemic relief.

“Our focus should be on crushing the virus and rebuilding our economy,” Brady said in a statement. “Unfortunately, the bill placed before us at this late hour don’t fit that effort, and Democrats are insisting on pushing forward on an almost $2 trillion bill without bipartisan compromise.”

Republicans have also used the process to circumvent Democrats. In 2017, Brady chaired the committee that helped push a GOP tax law through without any Democratic support.

A new analysis from the left-leaning Institute of Taxation and Economic Policy indicated the stimulus checks, paired with the expanded child tax credits and earned income tax credits, would amount to an 33% increase in yearly income for the poorest 20% of Americans — or an extra $3,590 for the year.