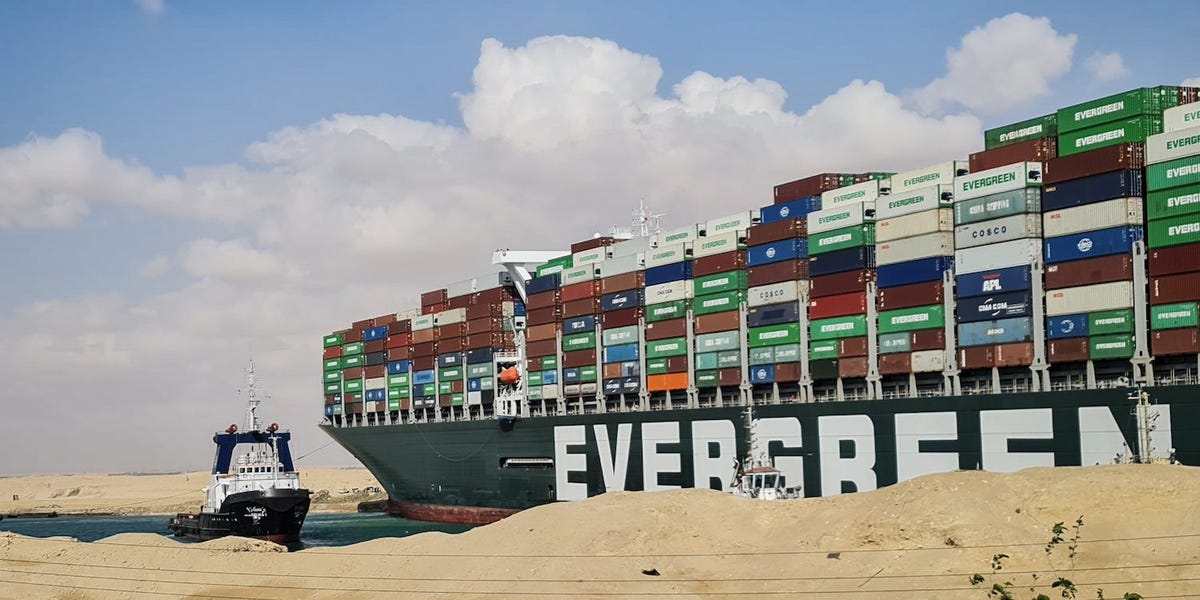 Egypt’s first female ship’s captain was blamed for the Suez Canal blockage despite having been hundreds of miles away from the incident, she told BBC News.

Marwa Elselehdar said that she saw online rumors accusing her of being responsible for the Ever Given container ship becoming beached, the media outlet reported.

At the time of the jam, Elselehdar was working as a first mate on the Aida IV. This vessel was in Alexandria — more than 200 miles away from the site of the collision.

An investigation is underway to explain the Ever Given’s grounding, but it is clear that the 29-year-old was not to blame.

Read more: The 4 biggest losers of the Suez Canal fiasco — and 4 surprising winners

Rumors circulating online about Elselehdar’s supposed culpability were made worse by the sharing of screenshots of fake news headlines, BBC News reported.

Several social media accounts also impersonated her and spread false claims putting the blame on her, the media outlet said.

“I felt that I might be targeted maybe because I’m a successful female in this field or because I’m Egyptian, but I’m not sure,” Elselehdar told the BBC.

The young woman described how she was “shocked” when she first saw the baseless accusations on her phone.

The rumors concerned her. “I tried so hard to negate what was in the article because it was affecting my reputation and all the efforts I exerted to be where I am now,” she said in the BBC interview.

Elselehdar is one of the few women in the heavily male-dominated shipping industry.

In 2016, she became the youngest and first female Egyptian captain to cross the Suez Canal. A year later, she was honored by Egypt’s president during Egypt’s Women’s Day celebrations, the BBC said.

She hopes that her career, despite this unfortunate setback, inspires other women to break into the industry.

“My message to females who want to be in the maritime field is fight for what you love and not let any negativity affect you,” she told the BBC.