Eight years after carving the heart out of a landmark voting rights law, the Supreme Court heard arguments in a case that could put new limits on efforts to combat racial discrimination in voting. Matt York/AP hide caption 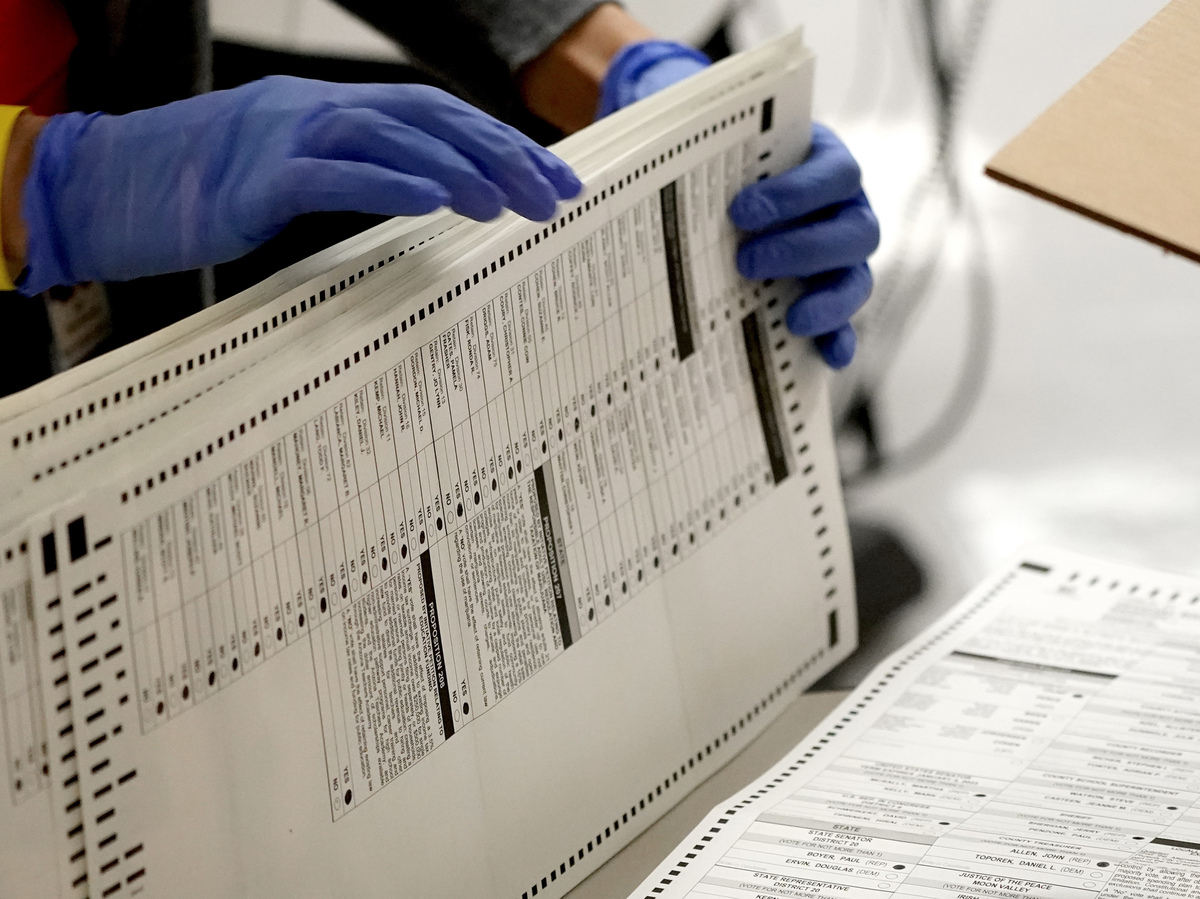 Eight years after carving the heart out of a landmark voting rights law, the Supreme Court heard arguments in a case that could put new limits on efforts to combat racial discrimination in voting.

The U.S. Supreme Court seemed ready on Tuesday to uphold Arizona’s restrictive voting laws, setting the stage for what happens in the coming months and years, as Republican-dominated state legislatures seek to make voting more difficult.

Since the November election, and President Trump’s false claims that the balloting was rigged, Republican-run state legislatures have raced to pass new laws that would curb the modern-day expansion of the right to vote. Many of these laws likely will be challenged in court, and on Tuesday the Supreme Court heard arguments in a case that could set the parameters for which of those restrictive laws survive, and which don’t.

The Voting Rights Act, first passed in 1965, makes it illegal for states to enact laws that result in voting discrimination based on race. Eight years ago, the conservative court, by a 5-to-4 vote, gutted one of the two major parts of the law. Now, it is the other major section that is in the conservative court’s crosshairs.

Tuesday’s case involved two Arizona laws. One bars the counting of provisional ballots cast in the wrong precinct. The other bars the collection of absentee ballots by anyone other than a family member or caregiver.

State Republicans and the Republican National Committee argued that both laws are needed to prevent fraud, but the Ninth Circuit Court of Appeals disagreed. It found no record of ballot fraud, but it did find evidence that the two laws make voting more difficult for minorities who often live in huge rural areas without a nearby post office or mail route.

Tuesday’s Supreme Court argument focused on what standard the court should use to determine whether these laws, or others like them, result in unconstitutional discrimination against minority voters. And the justices’ questions appeared to be plucked straight from the headlines.

Justice Elena Kagan, on the liberal side of the court, led off, quizzing Republican lawyer Michael Carvin with a series of hypotheticals that sounded very much like some of the laws proposed by the GOP since the November election, which Trump lost to Democrat Joe Biden.

Suppose, Kagan said, that “a state has long had two weeks of early voting and then the state decides that it’s going to get rid of Sunday voting” during those two weeks, and suppose the evidence is that Black voters cast their ballots on Sunday 10 times more often than white voters. “Is that system equally open?” she asked.

“I think it would be,” replied Carvin, because “Sunday is the day we traditionally close government offices.”

Kagan clearly found that answer wanting, since, as she observed, states don’t usually have Saturday hours either but they do for early voting, just as they have in the past for Sundays when Black voters often go to the polls from church.

Turning to another hypothetical, Kagan posited that a state says “we’re going to have Election Day voting only, and it’s going to be from 9 to 5. And there’s plenty of evidence in the record that voters of one race are 10 times more likely to work a job that wouldn’t allow them to vote during that time period. Is that system equally open?”

Carvin said it would seem to be.

“These are all hypotheticals that have never existed in the real world,” Carvin protested. To that, Kagan replied, “It doesn’t seem so fanciful to me.”

Conservative Justice Samuel Alito had similarly tough questions for the other side. Suppose, he said, that a state has a two-week early voting period, and minority groups claim it should have been 60 days.

Lawyer Jessica Amunson, representing Arizona’s Democratic Secretary of State, replied that such an expansion is not required by the Voting Rights Act. The Act looks with suspicion on a measure that cuts back on previous voting rights, but it doesn’t require a broad expansion.

Alito followed up with a different hypothetical about how a ballot must be filled out.

“You have to … fill in a little box to vote for a candidate,” but some voters instead put a check mark next to the box, “and it can be shown that there’s a statistical disparity with respect to voters who don’t actually fill in the box but make a check mark” instead.

Amunson suggested that this hypothetical likely wouldn’t wash either.

“You would have to show that this is, in fact, imposing a … discriminatory burden on the minority voters” — a burden that it is not imposing on non-minority voters, she said.

Amunson reiterated that there was no record of fraud in Arizona’s absentee vote collection, but, she said, there is a record of racial animus by the legislators who introduced the bill to ban the practice.
Source Link