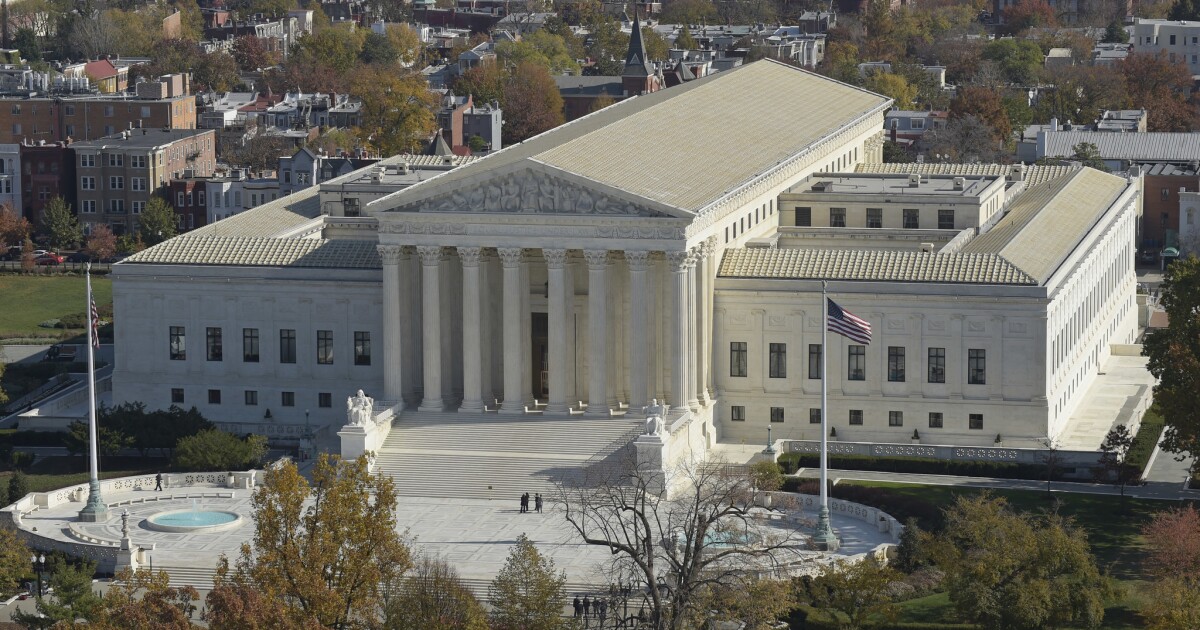 The Supreme Court said Monday that it would hear a major challenge to the reach of the landmark Roe vs. Wade abortion ruling and decide whether states may bar nearly all abortions after 15 weeks of a pregnancy.

The justices said they had voted to hear an appeal from Mississippi that urges the court to “reconsider the bright-line viability rule” that says states may not prohibit abortions until the time a fetus is viable or capable of living on its own. This is generally about the 23rd week of a pregnancy.

It is the court’s first major move to reconsider abortion rights since Justice Amy Coney Barrett replaced Justice Ruth Bader Ginsburg, who died in September shortly after Mississippi had lodged its appeal. Barrett, who has acknowledged being personally opposed to abortion, is widely expected to be the vote that would allow the court’s conservative majority to rein in abortion rights.

Several other Republican-led states have passed laws to forbid abortions at early stages of a pregnancy, but all those measures have been blocked because of the court’s precedents on abortion. Arguments in the case, Dobbs vs. Jackson Women’s Health Organization, will be heard in the fall when the new court term begins.

Monday’s announcement followed an unusually long debate inside the court. The Mississippi appeal was pending when Barrett took her seat in late October, and the justices listed it for discussion in every weekly conference since the first week of January. It takes four votes to grant review of a case, and five to make a majority.

The justices may have been struggling with the question of what it would mean if they ruled for Mississippi. Could the court adopt a new constitutional limit that protected legal abortions through the 15th week of a pregnancy, or would doing so implicitly invite conservative states to set even earlier cutoffs? If so, the court would be setting the stage — not just to further limit the right to abortion for women — but also to repeal it.

“Alarm bells are ringing loudly about the threat to reproductive rights. The Supreme Court just agreed to review an abortion ban that unquestionably violates nearly 50 years of Supreme Court precedent and is a test case to overturn Roe v. Wade,” said Nancy Northup, president of the Center for Reproductive Rights. “The consequences of a Roe reversal would be devastating. Over 20 states would prohibit abortion outright. Eleven states — including Mississippi — currently have trigger bans on the books which would instantaneously ban abortion if Roe is overturned.”

Such a ruling could mean the reproductive rights of women depended on where they resided. California and most blue states would maintain abortion as a legal right, while more conservative states could limit abortion or outlaw it entirely. Already, abortions are hard to obtain in many states because there are few clinics or doctors who perform the procedure.

As far back as 1980, when Ronald Reagan was elected president and brought a Republican Senate with him, conservatives have been pressing the Supreme Court to change direction and to give states the freedom to prohibit abortion.

Reagan added three new justices to the high court, and two more were appointed by his successor, President George H.W. Bush. In 1992, they came within one vote of overturning Roe vs. Wade. But Justices Sandra Day O’Connor, Anthony M. Kennedy and David H. Souter broke with their more conservative colleagues and joined in an opinion that preserved the right to abortion as a matter of precedent.

Thomas was then in his first year on the court and voted with three others to overturn the abortion right entirely. Now, Thomas serves with five other conservative Republican appointees.

Conservative legal analyst Ed Whelan was a law clerk for late Justice Antonin Scalia when the court nearly overturned Roe in 1992. In November, after Barrett took her seat, he urged the justices to take up the appeal in the Mississippi case. It offers “the best opportunity the Supreme Court will ever have to overturn Roe” and to return the issue of abortion to the state legislatures. “Indeed, it is unlikely that there will ever be a more opportune moment,” he said.

In her appeal, however, Mississippi Atty. Gen. Lynn Fitch argued her state was not asking the court to flatly overturn Roe or the right of women to choose abortion, but rather to significantly restrict the time period when abortions are legally permitted.

In the 1973 Roe vs. Wade opinion, the court said states may restrict abortions in the third trimester of a pregnancy. The justices affirmed the right to abortion in 1992 on a 5-4 vote in Planned Parenthood vs. Casey and said directly that women had a right to choose abortion before the time of viability.

Based on that ruling, a federal judge and the 5th Circuit Court in New Orleans struck down the Mississippi law adopted in 2018 and cited an “unbroken line” of precedents.

“States may regulate abortion procedures prior to viability so long as they do not impose an undue burden on the woman’s right, but they may not ban abortions. The law at issue is a ban,” said Judge Patrick Higginbotham for the 5th Circuit. It makes exceptions only in cases of “medical emergency” or a “severe fetal abnormality.”

The Center for Reproductive Rights, which represented Mississippi’s only abortion clinic, had urged the court to turn away the appeal.

“Roe and Casey, and the court’s subsequent cases, are clear that, before viability, it is for the pregnant person, and not the state, to make the ultimate decision whether to continue a pregnancy,” the center’s lawyers argued.

State attorneys for 18 Republican-led states urged the court to hear Mississippi’s appeal and signaled they, too, were ready to enforce new time limits on legal abortions.

In late September, shortly after Ginsburg’s death, the court put off considering the appeal in Mississippi case. After more weeks of delay, it was repeatedly scheduled for a vote at the court’s weekly conferences beginning in January.

Opinion polls in recent decades have shown Americans are divided on the scope of abortion rights. A solid majority support abortion rights and oppose the overturning of Roe vs. Wade. At the same time, however, a significant majority say they are opposed to abortions later in a pregnancy.

Last year, Chief Justice John G. Roberts Jr. surprised advocates on both sides of the issue by joining with the court’s four liberals to strike down a Louisiana law that would have closed abortion clinics if their doctors did not have admitting privileges at a nearby hospital.

He did so by relying on a clear precedent. The court had struck down a nearly identical Texas law in 2016. He also cited the words of the 1992 Casey decision and said the Louisiana law appeared to put a “substantial obstacle” in the way of women seeking an abortion.

The court’s four conservatives — Justices Thomas, Samuel A. Alito Jr., Neil M. Gorsuch and Brett M. Kavanaugh — dissented. Now joined by Barrett, they appear to have a majority to revise or repeal the court’s precedents on abortion.