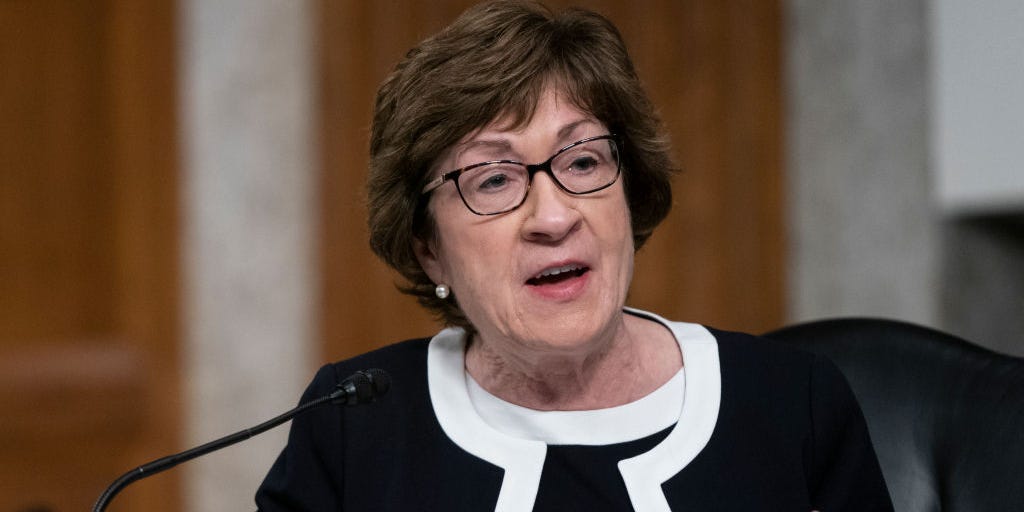 On Monday, she told reporters that “some Republicans would vote to raise the debt limit if they knew the Democrats were going to abandon the $3.5 trillion package, which appears unlikely but that’s an agreement that could be reached.”

McConnell issued a fresh warning in a letter to Biden on Monday. “For two and a half months, we have simply warned that since your party wishes to govern alone, it must handle the debt limit alone as well,” the letter said, adding Democrats were “sleepwalking toward significant and avoidable danger.”

Congressional Democrats aim to expand Medicare and Medicaid, ensure families can access and afford childcare, add four years to public education with universal Pre-K and tuition-free community college, and renew monthly cash payments to families in their spending proposal. They seek to pass it by the end of the month, but their hopes for quick passage is crashing into Republican resistance aimed at derailing Biden’s agenda.

Democrats are insisting they won’t renew the nation’s ability to pay its bills on their own, arguing it’s a responsibility for both parties to assume. The debt limit refers to the amount the US can borrow to pay off existing debts. Raising it does not authorize future spending. Democrats flatly dismissed scrapping Biden’s sprawling domestic agenda in exchange for GOP support to lift the debt ceiling as a non-starter.

“Senate Republicans are holding our economy hostage,” Rep. Don Beyer of Virginia, chair of the Joint Economic Committee, said in a tweet. “Mitch McConnell claimed he isn’t making demands for lifting the debt ceiling, but Susan Collins gave the game away: They’re demanding the President abandon the agenda the American people elected him to pass.”

“This reflects the general attitude of the Republican conference to burn it all down when out of power,” a Senate Democratic aide granted anonymity to speak candidly told Insider.

The impasse over the debt limit heightened on Monday as Biden assailed Senate Republicans for blocking Democratic efforts to approve a debt limit hike with bipartisan support. He called their moves “hypocritical, dangerous, and disgraceful” during a Monday press conference.

He also couldn’t guarantee the US would be able to avoid a potentially catastrophic default. “That’s up to Mitch McConnell,” he said.

For their part, Republicans like McConnell agree the debt ceiling must be raised. Yet they’re pushing for Democrats to use reconciliation, which would require a specific number that Republicans could use to hammer Democrats as budget busters in next year’s midterms.

The Treasury Department has warned that it may not be able keep the government’s financial obligations beyond October 18. Such an event could cause turmoil in financial markets and plunge the US back into a recession .

Democrats have sharply challenged the GOP’s rationale for opposing lifting the debt cap, arguing both parties are responsible for piling onto the federal debt with emergency spending during the pandemic and domestic spending increases under President Donald Trump. Republicans also lifted or suspended the debt ceiling three times under the Trump administration.

“Every single day we delay taking action, we increase the chances of doing irreversible damage to our global financial system, our economic recovery, and trust in our country’s ability to pay its debts,” Senate Majority Leader Chuck Schumer said in a floor speech on Monday.

Democrats are able to lift the debt ceiling on their own. But it could be a time-consuming endeavor stretching on for at least two weeks with no guarantee they can successfully pull it off ahead of Oct. 18 due to the strict guidelines governing reconciliation.

How Do Bad Cops Stay in Power? Just look at Miami. – POLITICO