President Biden wants most K-8 schools to go back to in-person learning within his first 100 days, but teachers and administrators don’t agree on how to do that. Craig F. Walker/Boston Globe via Getty Images hide caption 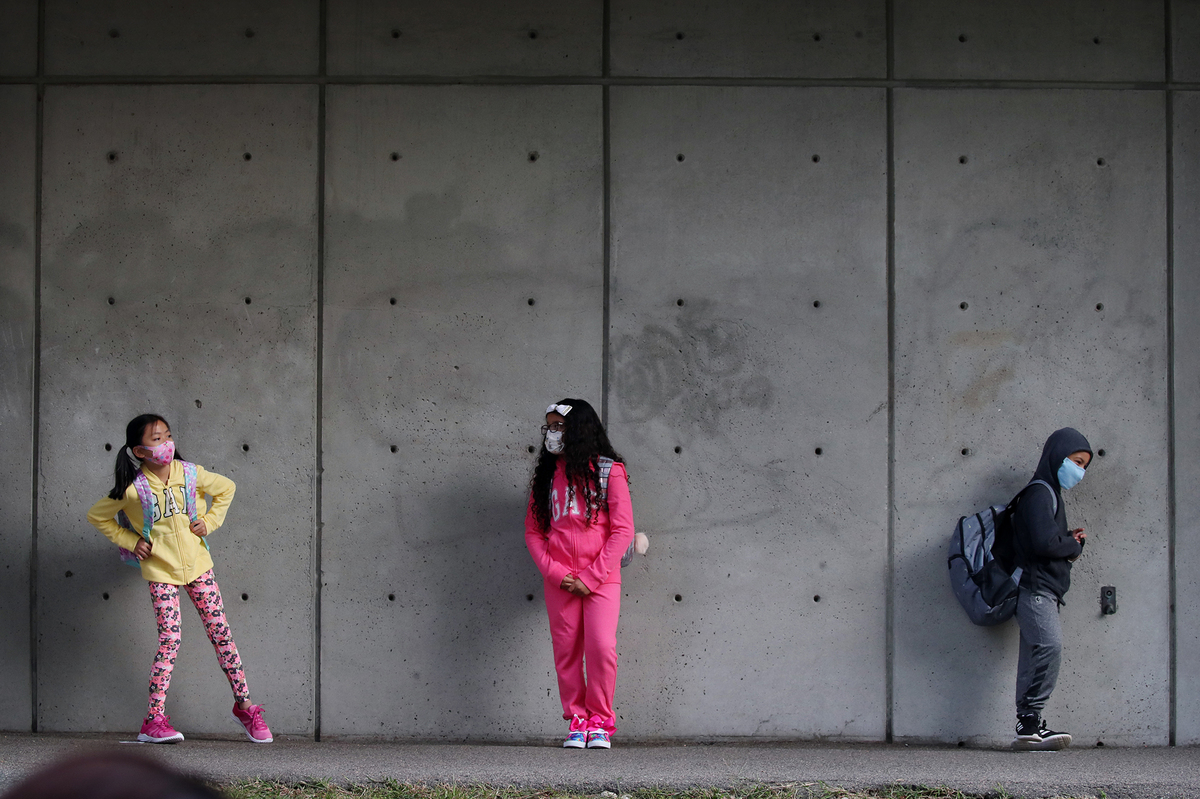 President Biden wants most K-8 schools to go back to in-person learning within his first 100 days, but teachers and administrators don’t agree on how to do that.

President Biden wants most K-8 schools to be ready to go back to in-person learning by the end of April. The problem is teachers and administrators don’t agree on how to do it.

The Centers for Disease Control and Prevention last week made its case for in-person learning, arguing that data from K-12 schools that took precautions — like wearing masks, social distancing and ventilating rooms — show little evidence that in-person classes contributed meaningfully to the spread of COVID-19.

But some teachers – like those in big cities, where school districts have been closed to most in-person learning for months – have been among those pushing back against plans to return to classrooms.

In Chicago, for example, the school district and teachers are in a standoff over how to reopen schools for the 70,000 elementary school students the district says it plans to bring back. The sticking points, according to WBEZ, include finding a public health metric that would trigger a return to all-remote learning.

Randi Weingarten, president of the American Federation of Teachers, tells NPR’s Morning Edition that for teachers, it’s not a matter of simply preferring to stay home. It’s a safety issue, and they feel safer staying home, she says.

Many teachers are scared of contracting and spreading the virus. Not all places have prioritized teachers for vaccinations, although some local governments, including Ohio, have offered teachers vaccine priority. Some groups, like the Virginia Education Association, are pushing to get teachers fully vaccinated before returning to classrooms.

But on Wednesday, CDC Director Dr. Rochelle Walensky, citing the agency’s data released last week, told reporters that vaccinations should not be a “prerequisite for safe reopening.”

Weingarten says teachers want to be involved in the process of reopening, and they want the resources — to, for example, test, trace and isolate new cases — to ensure it can happen safely. But they’re scared, she says, and some of those fears are based on what she calls “misinformation” about the virus. She says getting teachers comfortable with heading back to schools will rely not just on the science, but also on rebuilding trust between teachers and local governments.

“New York has done that. We’re starting to have phased reopenings in Boston,” she says. “We have to have examples that can be lifted up because, frankly, people need to trust that elected officials are going to have their best interest in mind.”

Is the problem that teachers don’t trust the science behind safe in-person school?

It’s not a matter of not trusting the science. It’s a matter of, there’s been so much disinformation, people don’t know who to trust. And so part of what’s vital here is to make sure that educators are involved in this process, as well as [given] the resources to make it happen.

Should all teachers be required to get vaccinated?

I’m a big believer that 100% of people should get vaccinated. I think that science suggests that. But given the country that we’re in right now, and given the level of distrust about vaccines, we have a lot more work to do about vaccine hesitancy before you can even address that question.

There’s wide consensus that a lot of kids are falling behind academically but the emotional psychological toll on kids has been huge. The CDC found that from April to October 2020, hospitals across the country saw a 24% increase in the proportion of mental health emergency visits for kids ages 5 to 11. How do you, as a leader of this union, measure the actual pain and suffering of the kids against the potential pain and suffering of the teachers?

There’s fear and pain everywhere, and frankly, the lion’s share of teachers are parents as well. For educators, they understand what’s going on with our kids. They’re scared for our kids, they’re scared for themselves. And that’s why we’re working double and triple time, and have been for months, to get the resources, to get the safeguards and to get a consistent message from government about what is needed.