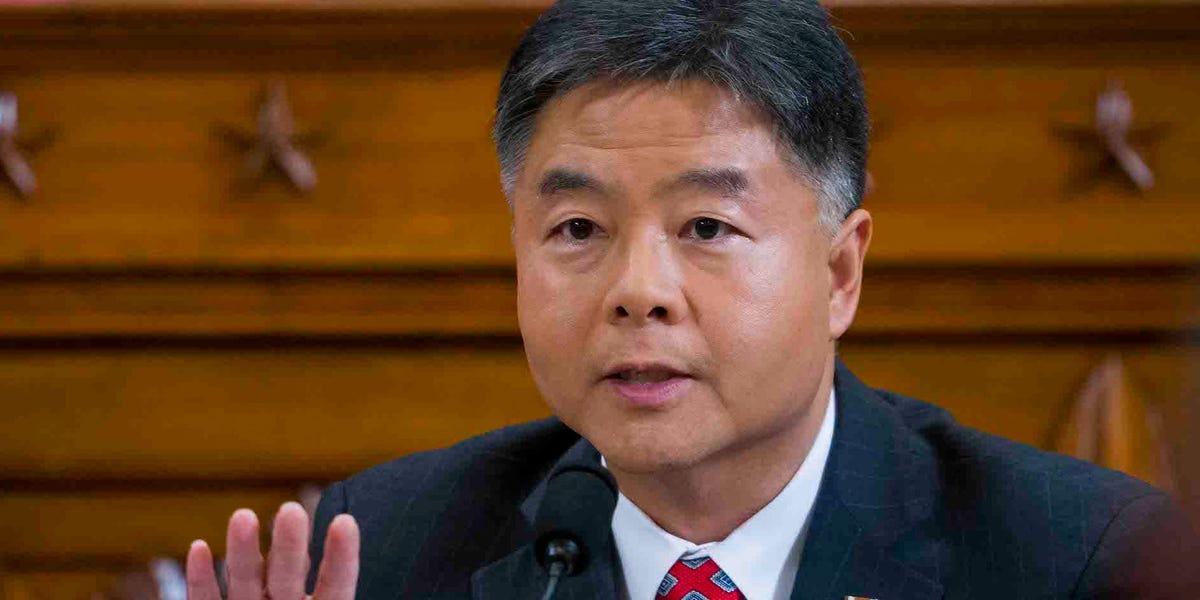 Democratic Rep. Ted Lieu of California lashed out at US Catholic Bishops on Friday after they voted in favor of advancing a document that could block President Joe Biden from receiving Communion due to his stance on abortion.

Lieu, who is also Catholic, called the bishops “nakedly partisan” and “hypocrites” over the move, drawing a comparison to another prominent Catholic in politics that has pushed agendas that run counter to the Catholic Church’s teachings.

Read more: Biden loves going to church but his abortion stance could hurt his chances of receiving Communion

“Dear @USCCB: I’m Catholic and you are hypocrites. You did not tell Bill Barr, a Catholic, not to take communion when he expanded killing human beings with the death penalty. You are being nakedly partisan and you should be ashamed. Another reason you are losing membership,” Lieu said in a tweet.

As attorney general during the Trump administration, Bill Barr directed the reinstatement of the federal death penalty after a 16 year pause.

“The Justice Department upholds the rule of law — and we owe it to the victims and their families to carry forward the sentence imposed by our justice system,” Barr, a Catholic, said at the time.

Barr’s Justice Department also rushed through a flurry of executions during Trump’s final months in office, with more executions conducted under Trump than any president in at least a century.

But the Catholic Church has taken a firm stance against capital punishment. The United States Conference of Catholic Bishops, the same group advancing the Biden abortion issue, has called for the end of the death penalty in the US for decades.

In multiple tweets, Lieu also pointed out other issues at odds with the church that have not been used as a means to formally deny Catholic politicians communion, including contraception, divorce, same-sex marriage, and fertility treatment.

After saying he is Catholic and supports these issues, he said: “Next time I go to Church, I dare you to deny me Communion.”

In another tweet, he said the Catholic Bishops “should be deeply ashamed for politically weaponizing the sacred sacrament of Communion.”

Biden, the second Catholic person to be president after John F. Kennedy, is a practicing Catholic who often attends mass and discusses his faith. He has said he is personally opposed to abortion, but that he does not feel that view should be forced on others. In recent years he has become a stronger supporter of abortion rights.

Biden has been denied communion at least once before in 2019 due do his stance on abortion. He declined to comment on the Catholic Bishop’s recent actions, calling it a “private matter” and saying he does not think it will happen.