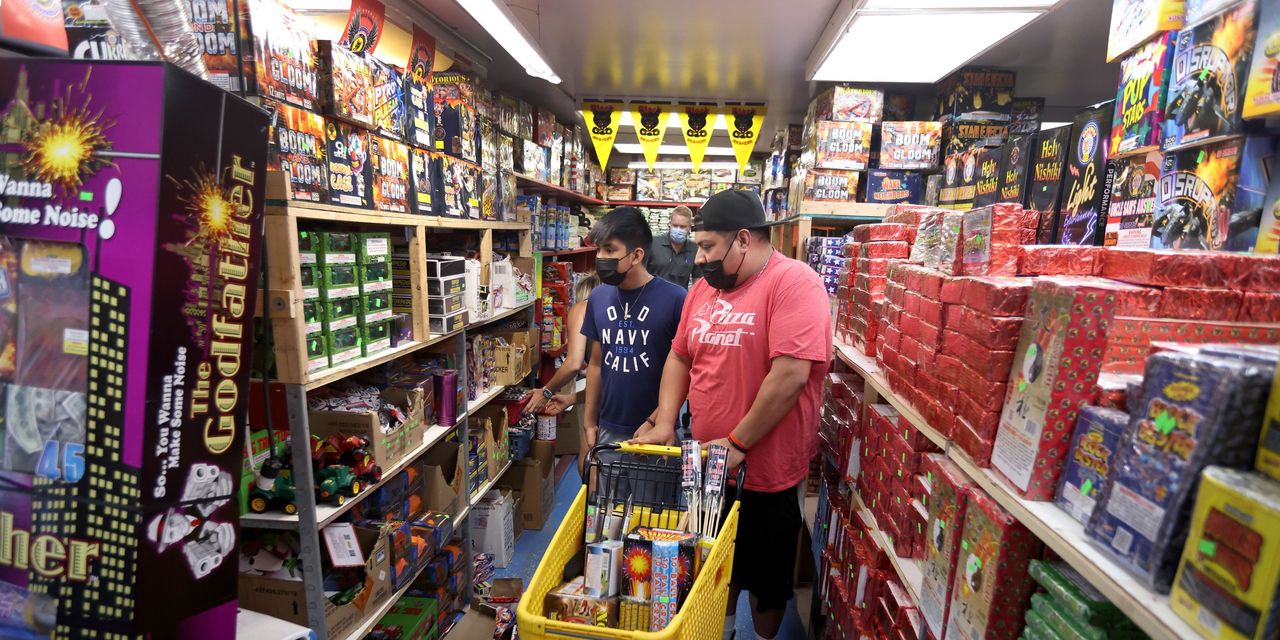 The numbers: The cost of living leaped in June by the largest amount since 2008 as inflation spread more broadly through the economy, raising fresh questions about whether the spike in prices will subside as quickly as the Federal Reserve predicts.

The increase easily exceeded forecasts. Economists polled by The Wall Street Journal had estimated a 0.5% advance.

Another closely watched measure of inflation that omits volatile food and energy also rose 0.9% In June. The 12-month rate increased to 4.5% from 3.8% and stood at a 29-year high.

The core rate is closely followed by economists as a more accurate measure of underlying inflation.

Big picture: The rapid recovery in the economy has had an unwanted side-affect: Higher inflation.

Businesses can’t get enough supplies or labor to keep up with surging sales, forcing them to pay higher prices for almost everything. In turn, they are trying to pass those extra costs onto customers.

The Federal Reserve has insisted for months that widespread shortages will fade away once the U.S. and global economies return to normal.

Ditto for inflation. The central bank has repeatedly referred to the sharp increase in prices as “transitory” and predicted inflation would taper off toward its 2% target by next year, using its preferred PCE price barometer.

Yet even the Fed admits it was caught off guard by how high inflation has risen. There’s a risk inflation could stay higher for longer than it expected, according to minutes of the Fed’s most recent strategy session.

So far most investors have been unruffled, though the latest CPI is likely to stoke fresh worries.

Key details: The cost of used vehicles soared a record 10.5% in June following outsized gains of 7.3% in May and 10% in April. That category alone accounted for more than one-third of the increase in overall consumer prices last month.

These price increases won’t last long, however. Automakers are rushing to produce more new cars and trucks and eventually the market for used vehicles will revert to normal.

The cost of gasoline also rose 2.5% last month was another big contributor to inflation. Gas prices are up 45% in the past year.

More worrisome was the largest increase in food prices since 2011, excluding the first few months of the pandemic. Higher food prices suggest some inflation is spreading more broadly through the economy.

Still, much of the increase in consumer prices last month was concentrated in goods and services whose prices fell sharply in the early stages of the viral outbreak. Not just used vehicles, but airfares, hotels and restaurant menus.

These increases are likely to subside soon, giving support to the Fed’s argument that the surge in inflation will prove temporary.

The cost of two other major consumer expenses, shelter and medical care, have also been rather tame. Rents have risen less than 2% in the past year and the cost of medical care has increased less than 1%.

What they are saying? “The spike in inflation still looks to be primarily Covid-related and temporary as outliers continue to drive much of the upward push in prices,” said Nationwide senior economist Ben Ayers. “But the effects of the recent jump could linger for consumers for some time with above-average costs extending into 2022.”

“Is the ‘transitory’ debate over?” said senior economist Jennifer Lee of BMO Capital Markets. “The answer is no, the transitory debate is far from over. In fact, it got a little hotter.”

Market reaction: The Dow Jones Industrial Average DJIA, and S&P 500 SPX, were fell slightly in Tuesday trades. The yield on the 10-year U.S. Treasury TMUBMUSD10Y, note was little changed, however.