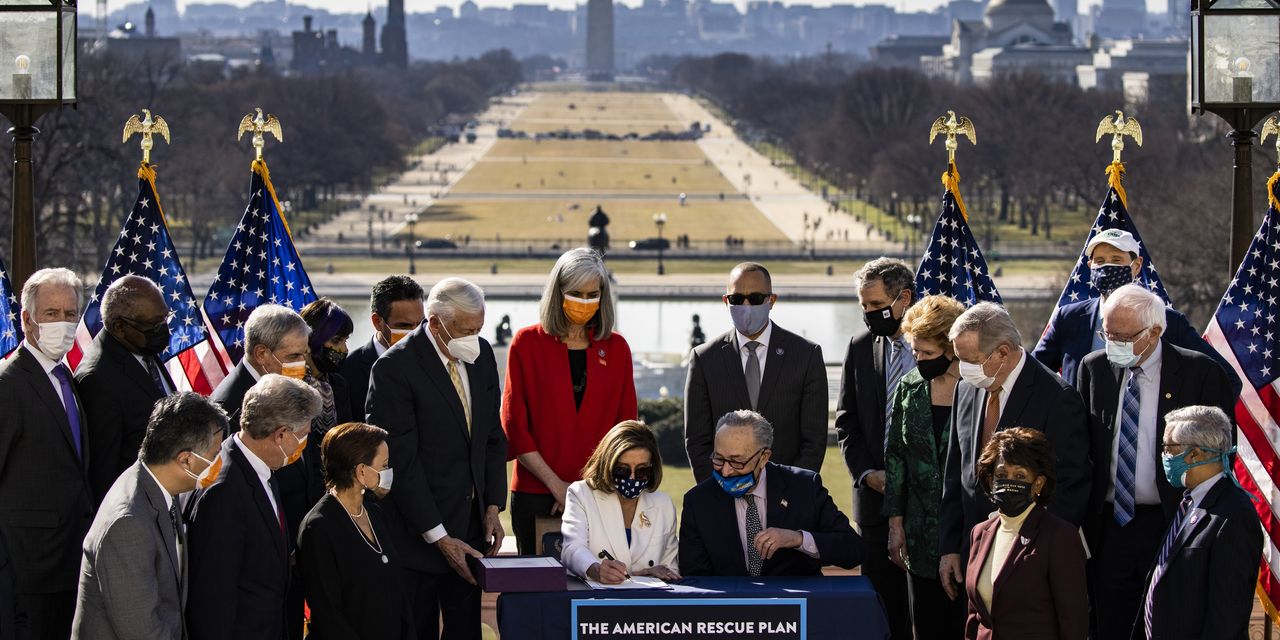 WASHINGTON—President Biden and Republican leaders in Congress are placing competing political bets on the $1.9 trillion coronavirus aid package in a bid to shape voters’ perceptions of Mr. Biden’s first big legislative win and the early days of his presidency.

The president and Democrats are emphasizing the importance of expanding the government’s safety net during a pandemic and of boosting a nascent economic recovery with massive assistance from Washington.

Republicans, who have remained united in opposition to the aid package, are focusing on the fact that the economy is already pulling out of the doldrums and are portraying the new law less as a relief package than an expensive embrace of longtime Democratic priorities.

The new law, the outlines of which Mr. Biden unveiled before his inauguration, will provide a $1,400 check to many Americans, extend a $300 weekly jobless-aid supplement and expand the child tax credit for one year. It also will distribute money to schools, and state and local governments, and fund vaccination efforts along with offering support to multiemployer pensions and increasing subsidies for people who buy into health plans under the Affordable Care Act.

Both parties are seeking to frame public perception of the law in the early stages of the administration, leading into the November 2022 midterm elections. Those typically go against the party in power, posing a test to Democrats’ slender hold on the House and Senate.