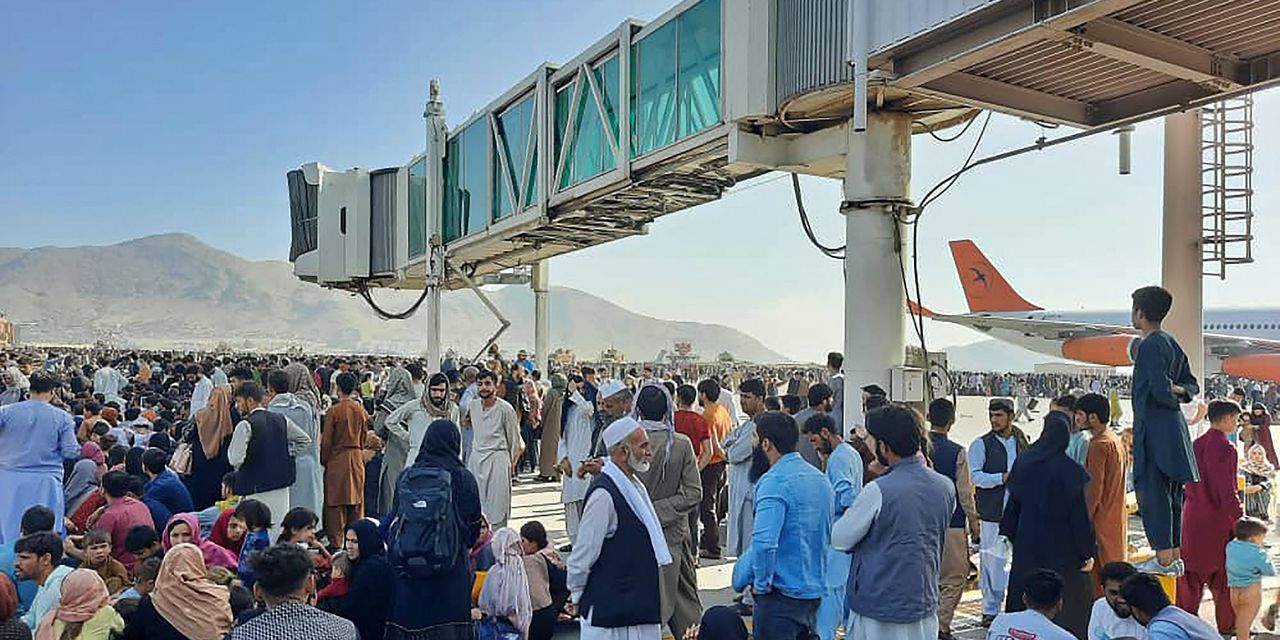 At least three people were killed by gunfire Monday morning at the passenger terminal of Kabul’s international airport, where thousands of Afghans who fear for their lives after the Taliban takeover of the country have converged in hopes of getting an evacuation flight.

The U.S. military has taken over security of the Kabul airport to execute the massive airlift of foreign diplomats and citizens after the Afghan government collapsed on Sunday. Those evacuation flights are processed on the separate, military, side of the airport.

The U.S. military extended its footprint to the civilian terminal, where thousands of desperate Afghans—many of whom used to work for American forces—continued to flock as the victorious Taliban combed Kabul for those who had collaborated with the West.

U.S. Marines fired warning shots late on Sunday when hundreds of Afghans who breached the perimeter rushed to board an idling C-17 transport aircraft, a Western military official said.