Syringes of the Moderna vaccine at a COVID-19 vaccination site at the University of Nevada in Las Vegas on March 15. Mandel Ngan/AFP via Getty Images hide caption 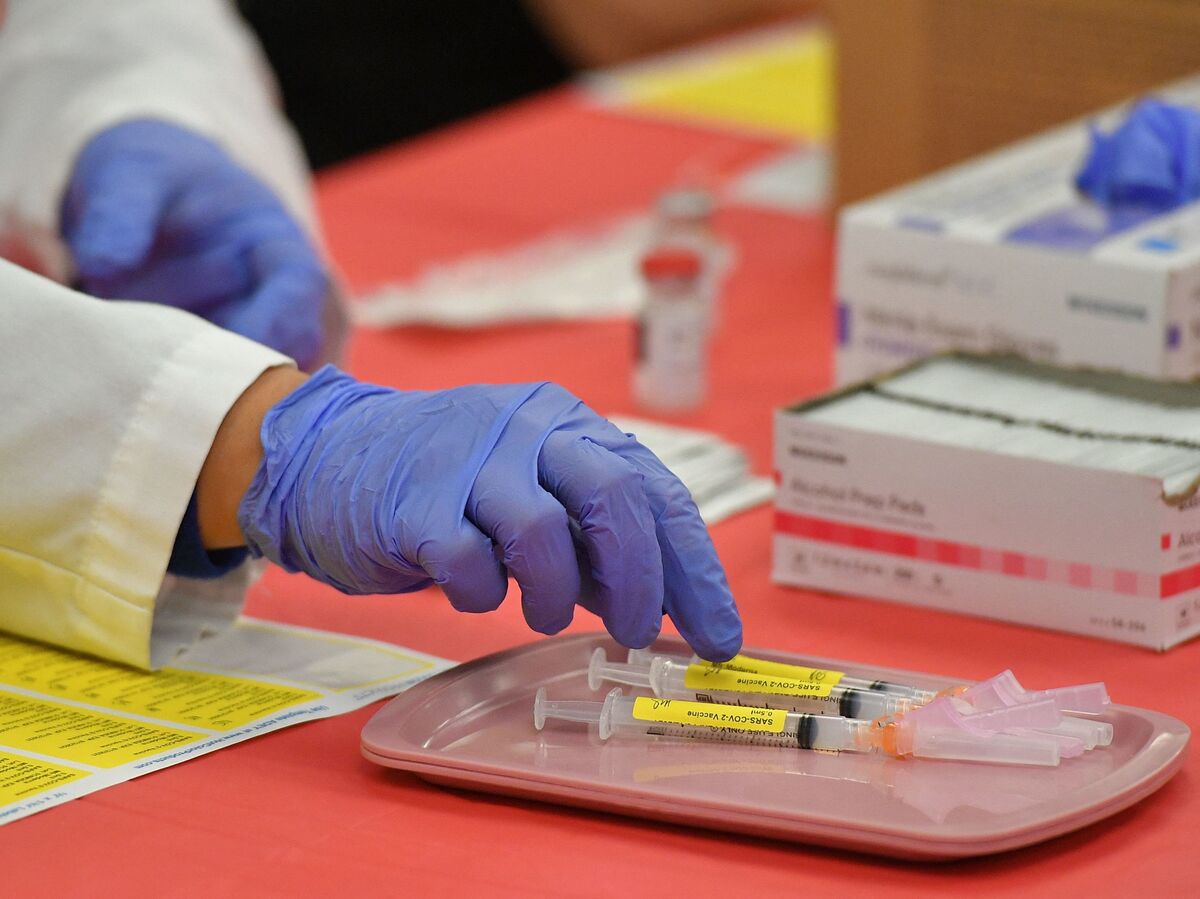 Syringes of the Moderna vaccine at a COVID-19 vaccination site at the University of Nevada in Las Vegas on March 15.

Former President Trump on Tuesday recommended that all eligible Americans get the coronavirus vaccine when their opportunity comes, though he added a caveat that he also respects people’s decisions to not get one. Trump had faced growing calls to encourage his supporters — especially Republican men who have voiced cynicism about the vaccine — to get vaccinated.

“I would recommend it, and I would recommend it to a lot of people that don’t want to get it. And a lot of those people voted for me, frankly. But, you know, again, we have our freedoms and we have to live by that, and I agree with that also,” Trump said during an interview with Fox News on Tuesday. “But it’s a great vaccine, it’s a safe vaccine, and it’s something that works,”

Republicans and supporters of the former president are the least likely to seek a vaccine for the coronavirus, an NPR/PBS NewsHour/Marist survey revealed last week.

Trump’s endorsement of the vaccine comes as many of his supporters have embraced baseless and dangerous conspiracies about the coronavirus, some of which the president encouraged.

Trump and former first lady, Melania, who both dealt with a bout of COVID-19 last year, received the vaccine in private sometime before leaving office, but had not publicly encouraged people to get it.

President Biden and several other politicians, including former Vice President Mike Pence, were publicly vaccinated to help promote the safety and effectiveness of the shot.
Source Link