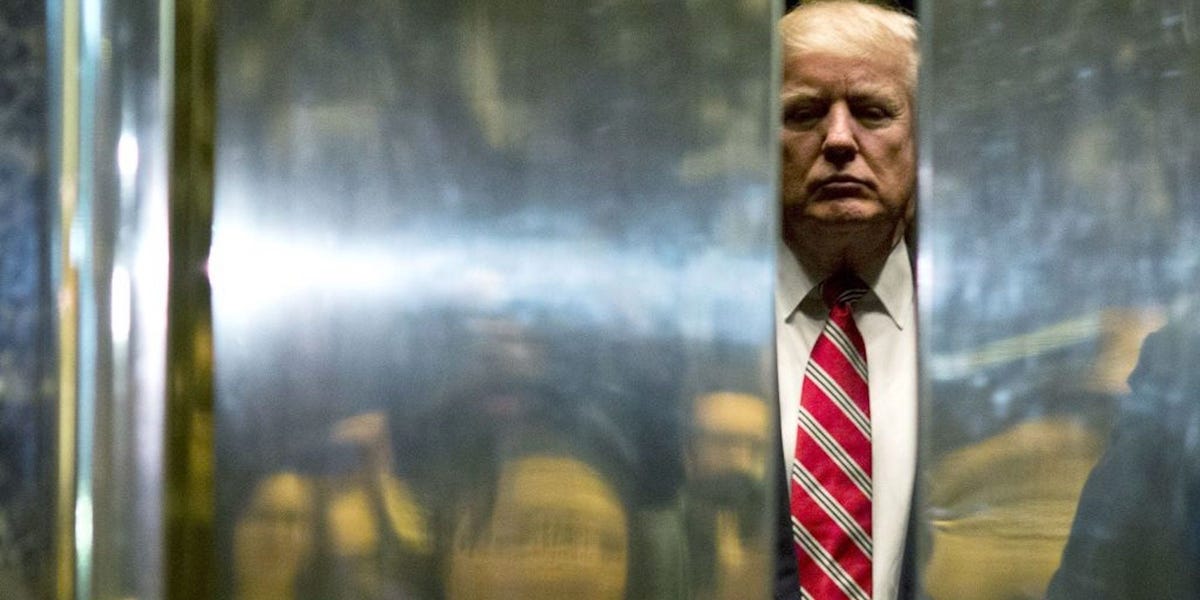 Former President Donald Trump recently met with one of the Pennsylvania lawmakers seeking an Arizona-style ballot recount in his state, The Washington Post reported Wednesday.

Trump hosted Pennsylvania state Sen. Doug Mastriano at Trump Tower in New York City, where they discussed launching a 2020 election audit in Pennsylvania, which Biden won, The Post reported. The newspaper did not specify when exactly the meeting took place.

Mastriano was one of three state senators from Pennsylvania who on Wednesday met with Arizona lawmakers and were taken on a tour of the audit.

The Arizona audit is being conducted in Phoenix by a contractor, Cyber Ninjas, whose founder has defended Trump’s claim that the election was stolen from him as a result of mass fraud, a claim that has been debunked and rejected in several court cases.

The Arizona audit, which commissioned in April by the state’s GOP-controlled Senate, has been mired in controversy.

Observers from the office of Arizona Secretary of State Katie Hobbs said the audit was being conducted in a shambolic fashion, with auditors searching for evidence on the basis of conspiracy theories, and no rigorous processes in place to ensure the integrity of the audit.

Hobbs has warned that the audit could be used as a model to undermine election results in other states.

Maricopa County election officials have described the process as a “sham” and a “con,” and called on the state GOP lawmakers who commissioned the process to halt it. Republicans in Arizona say the audit is necessary to ensure the integrity of future elections.

Defenders of Trump’s election-fraud claim have nonetheless seized on the audit in their bid to have Trump declared the true winner in 2020, with Trump supporters calling for recounts and audits to be conducted in other states Trump lost in 2020 in his defeat to President Joe Biden.

According to The Post, Trump is fixated with the belief that the reviews of ballots his supporters are pushing for could prove that he was the true victor of the 2020 election, and even herald his return to the White House this year.

The New York Times’ Maggie Haberman reported earlier this week that Trump was telling people that he would be “reinstated” to the White House by August, a claim that has no basis in reality.