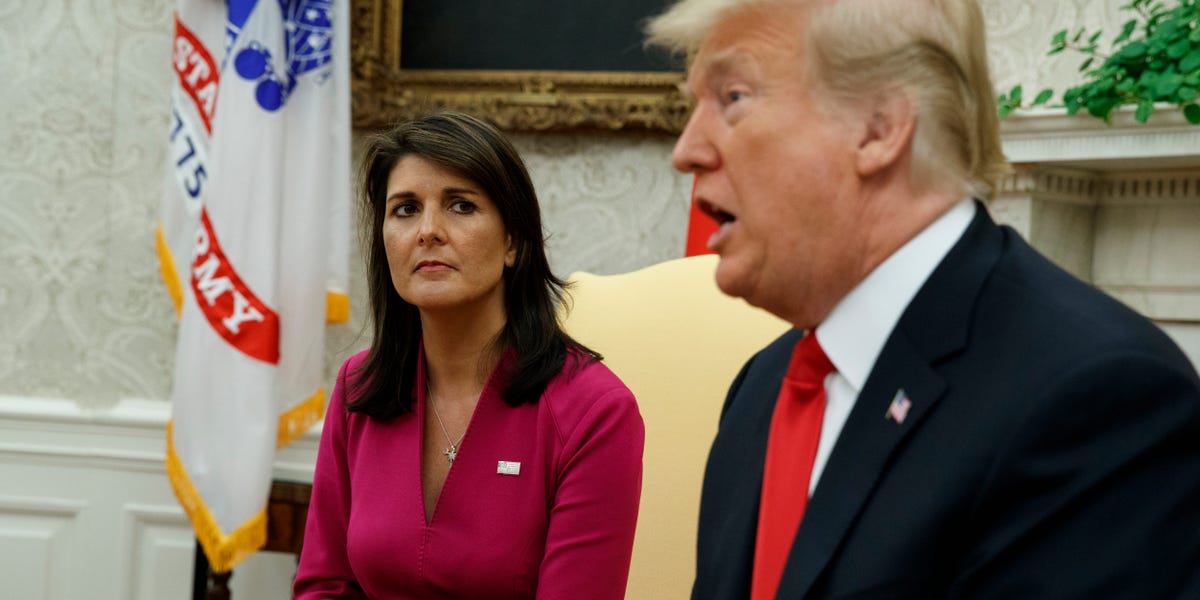 Former President Donald Trump accused Nikki Haley, his once close ally and former United Nations ambassador, of flip-flopping on her attitude toward him.

“Well, every time she criticizes me, she uncriticizes me about 15 minutes later,” Trump told Vanity Fair’s Gabriel Sherman in an interview published Thursday.

“I guess she gets the base,” the former president added.

Trump’s comments came after Haley, a high-profile Republican, condemned the former president on multiple occasions in the aftermath of the deadly Capitol riot on January 6, only to later throw her support behind him.

Trump “was badly wrong with his words,” Haley told Republican National Committee members in a speech a day after the riot. “And it wasn’t just his words,” she added. “His actions since Election Day will be judged harshly by history.”

In February, Haley piled on the criticism, telling Politico that Trump had “fallen so far” and she was “deeply disturbed by what’s happened to him.”

At the time, Haley said she did not believe Trump, who’s repeatedly hinted at a 2024 run, would seek public office again.

Yet Haley, also a widely rumored 2024 candidate, has since softened her stance on the former president and gone as far as to say that she wouldn’t launch a presidential campaign if Trump decided to run.

“I would not run if President Trump ran, and I would talk to him about it,” Haley said in April.

Haley also opposed Trump’s second impeachment trial, which was over his role in the Capitol riot.

“They beat him up before he got into office. They are beating him up after he leaves office. I mean, at some point, I mean, give the man a break. I mean, move on,” Haley previously told Fox News.

It’s unclear whether Trump has embraced Haley in his circle again. But members of his family, including his daughter Ivanka Trump and son-in-law Jared Kushner, have a relationship with her, Vanity Fair reported.

“They think very highly of Nikki. They get along great,” a person close to Kushner told Sherman.