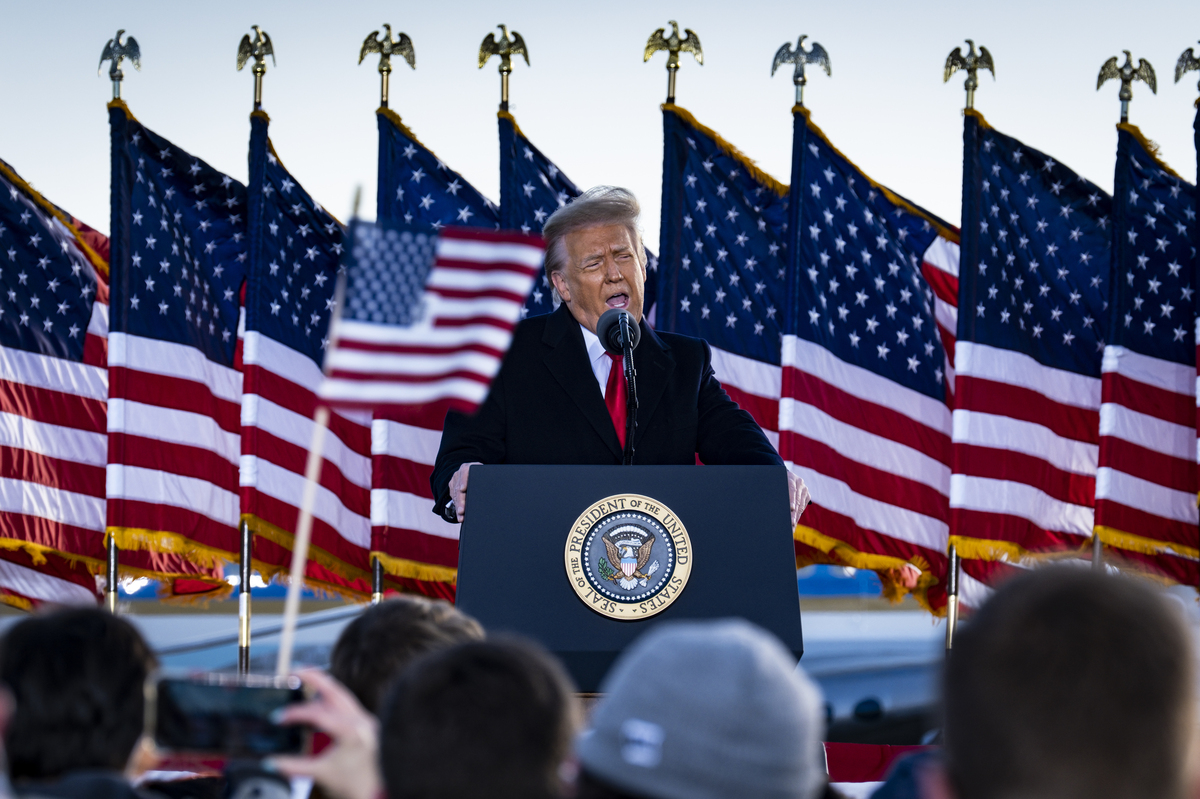 “The Republican Party can never again be respected or strong with political ‘leaders’ like Sen. Mitch McConnell at its helm,” Trump said in a lengthy statement Tuesday.

“Mitch is a dour, sullen, and unsmiling political hack, and if Republican Senators are going to stay with him, they will not win again,” he added.

The statement comes three days after McConnell voted to acquit the former president in his second impeachment trial but then condemned him for his actions on the day of the attack on the U.S. Capitol.

In remarks on the Senate floor after the vote Saturday, McConnell said Trump was “practically and morally responsible” for the insurrection. McConnell said he voted to acquit nonetheless because of constitutional concerns about trying a former president.

The Kentucky Republican also released a Wall Street Journal op-ed on Monday doubling down on his rhetoric against Trump, saying he “bears moral responsibility” for the insurrection.

The back-and-forth between two main figureheads of the GOP underscores the deep rift in the Republican Party.

“Where necessary and appropriate, I will back primary rivals who espouse Making America Great Again and our policy of America First,” Trump said in his statement.

Trump said McConnell won his November election only because of Trump’s endorsement, and he seemed to attribute the twin losses for Republicans in the Georgia runoff elections to McConnell’s decision not to co-sign Trump’s proposal of $2,000 direct payments as part of coronavirus relief.

“McConnell matched the Democrat offer of $2,000 stimulus checks with $600. How does that work? It became the Democrats’ principal advertisement, and a big winner for them it was,” Trump said.

Many Republicans have pointed to Trump as a reason for the pair of GOP losses in Georgia, which resulted in the ceding of control of the U.S. Senate to Democrats.
Source Link