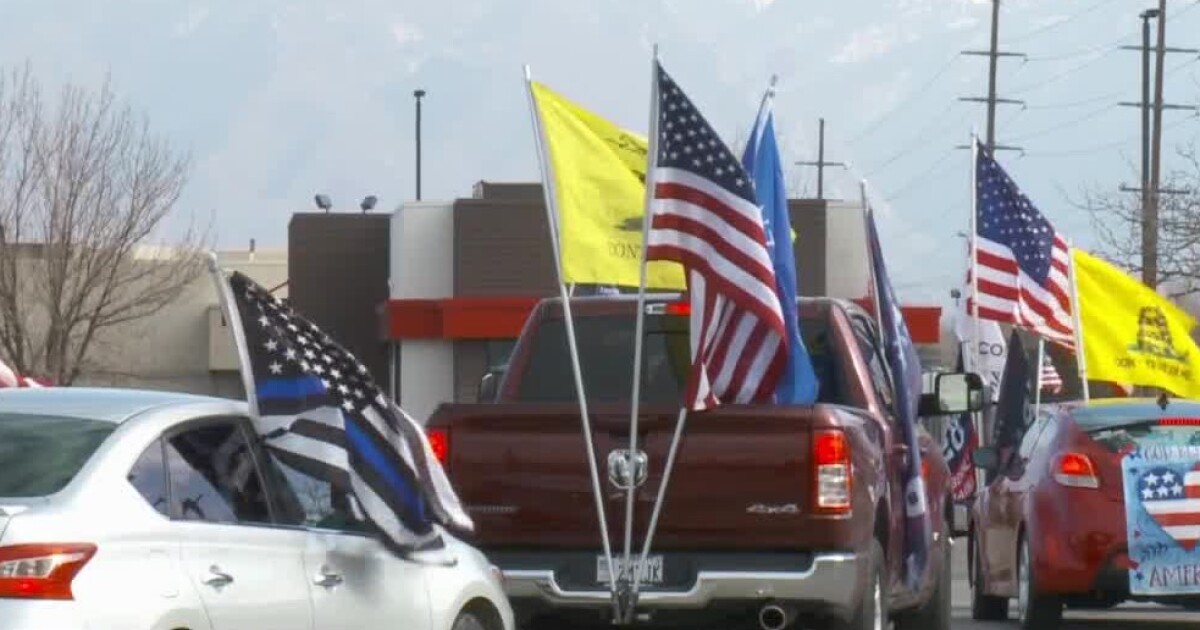 WEST JORDAN, Utah — About 50 people gathered in the parking lot of an abandoned department store in West Jordan Saturday to show their support of President Donald Trump, just days before he is set to leave office.

The group declined an interview with FOX 13, but were all part of a self-described “patriot group.” Their cars were donned with pro-Trump and pro-second amendment flags. A few were armed with rifles and were wearing bulletproof vests.

At least four people at the rally said they were in Washington D.C. on Jan. 6 and attended Trump’s speech near the White House. They said their hesitancy to speak on camera comes from the backlash they’ve received since that day.

One woman said several friends, and even family members, won’t speak to her after learning she was in D.C., despite claiming she did not go to the Capitol with other protesters. Another man said he is in fear of losing his job.

Most said they are still questioning the results of the election, despite investigations into claims of election fraud in several states returned no evidence of foul play. One woman described a globalist plot to overtake the United States, one which is often pushed by members of the Q-Anon conspiracy theory group.

The group said that they will continue to support Donald Trump, even after President-elect Joe Biden is inaugurated on Jan. 20, and added they will not be attending any protests planned at the Utah State Capitol on Sunday.