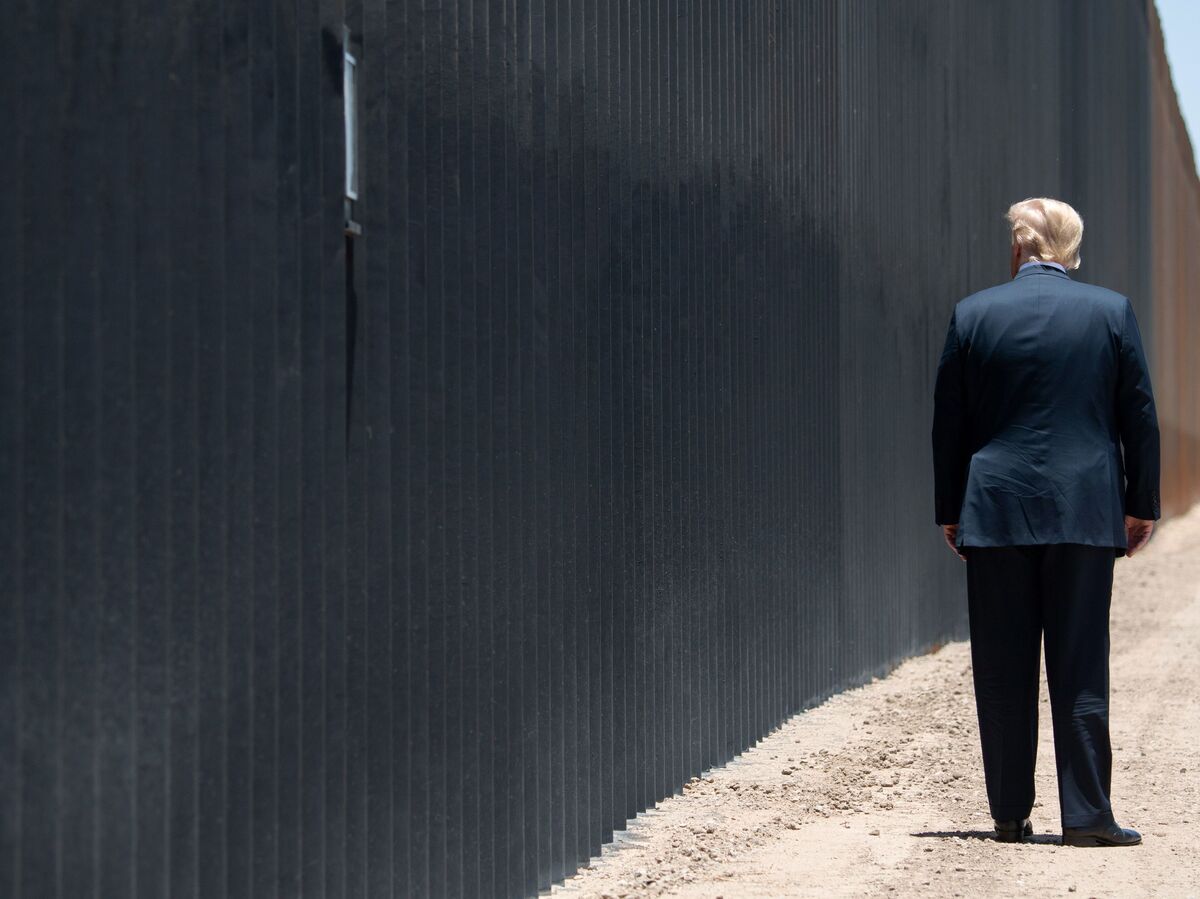 President Trump last visited the border wall — one of his signature election promises — in Arizona in June.

President Trump is heading to Texas on Tuesday in a last-ditch effort to show off one of his signature election promises — the border wall — as Democratic lawmakers appear ready to move forward with impeaching him for a second time.

He has just a week left in office, but angry lawmakers are calling on him to resign after a violent mob of his supporters stormed the Capitol last Wednesday as a joint session of Congress met inside to certify the results of the election.

During the visit to Alamo — a small town in the Rio Grande Valley — Trump plans to note that 400 miles of border wall went up during his time in office, a White House spokesman said.

This will be the first public appearance for Trump — beyond video statements — since Wednesday morning, when he urged his supporters to head to the Capitol as Congress formalized President-elect Joe Biden’s victory.

Political analysts say it’s an obvious attempt to try to rehabilitate his image when his legacy is at stake.

“Every president tries to burnish his legacy by highlighting perceived successes in the final days,” said Alex Conant, a Republican strategist who worked on Republican Sen. Marco Rubio’s 2016 presidential campaign. “Trump’s problem among many is that that this trip will be completely overshadowed by the fallout from last week.”

Trump campaigned on a promise to crack down on immigration. The clearest example of that was his promise to build a “big, beautiful wall” along the U.S.-Mexico border — a core issue for his base.

Most mainstream Republicans would prefer if Trump just faded away quietly, said Sean Walsh, a Republican strategist who worked in the Reagan and George H.W. Bush White Houses.

But Walsh said this trip makes clear that Trump does not plan to do that. And Walsh is concerned that Trump could actually make things worse by picking such a hot button issue.

“I could see if he did not temper his remarks, whipping some activists up,” Walsh said. “So I think we have to keep our eyes and ears very closely peeled on President Trump.”

The latest Quinnipiac University survey taken after the attack finds Trump’s job approval has plunged 11 points since December, falling to 33% – the lowest it has been since August 2017.

Conant said the political backlash from the Capitol riot is likely too great for Trump to overcome. He said the president’s refusal to concede the election and willingness to stoke conspiracy theories all but ensured that he will be remembered for the bitter end to his time in office instead of his policy accomplishments, such as tax cuts and naming three Supreme Court judges.

“I think until Donald Trump properly concedes the election and recognizes Joe Biden as the president-elect, he’s not going to be able to talk about anything else,” Conant said. “And his legacy is losing potency by the hour.”
Source Link