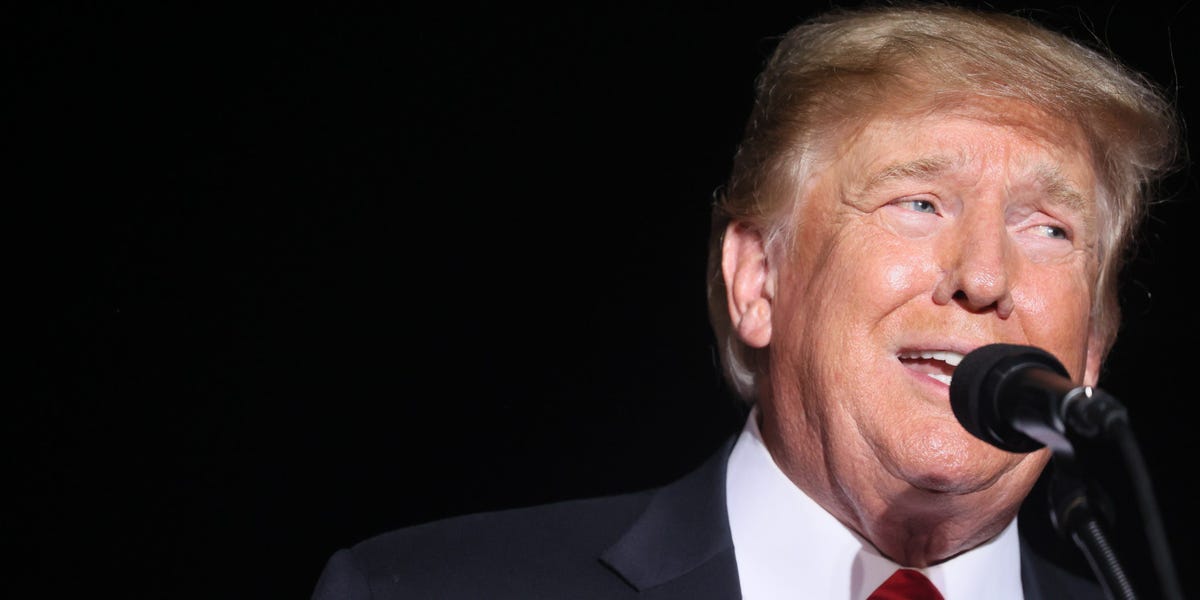 Former President Donald Trump said on Tuesday that it was tough for him to criticize President Joe Biden after Biden complimented his administration’s success in developing COVID-19 vaccines.

“Thanks to the prior administration and our scientific community, America is one of the first countries to get the vaccine,” Biden said earlier Tuesday during a speech from the White House. “Thanks to my administration, the hard work of Americans, we let — our rollout made America among the world leaders in getting shots in arms.”

A few hours later, Trump told Fox News that he was “very appreciative” of Biden’s acknowledgment and that it was difficult to criticize him in the wake of his remarks.

Trump added that he was “surprised” Biden praised his administration for fast-tracking the COVID-19 vaccines, saying: “I think it was a terrific thing, and I think it makes a lot of people happy.”

Trump said: “I think he did something very good. You know, it has to be a process of healing in this country, and that will help a lot.”

The former president has urged his supporters to get the COVID-19 and booster shots in recent weeks, though he’s said he’s opposed to vaccine mandates.

“This was going to ravage the country far beyond what it is right now. Take credit for it,” Trump said last week while appearing on the former Fox News commentator Bill O’Reilly’s “History Tour.”

He later added: “It’s great. What we’ve done is historic. Don’t let them take it away.”

The former president drew cheers from the crowd when he said he was opposed to vaccine mandates. He said: “If you don’t want to take it, you shouldn’t be forced to take it — no mandates.”

But the crowd began booing when Trump and O’Reilly said they were both vaccinated and had gotten booster shots.

Much of the US’s pandemic response has been politicized, and the vaccines are no different. Polls have indicated Republicans are far more skeptical of the vaccines and less likely to be vaccinated than Democrats. Many of Trump’s most loyal supporters have for months spread misinformation about the vaccines.

While the Biden administration has pushed Americans to get one of the three available COVID-19 vaccines — which have proved effective at significantly reducing the likelihood of hospitalization and death from the virus — Trump has said that while the shots are safe, Americans should not be required to get them.

The former president first encouraged Americans to get vaccinated in March, months after the vaccines were developed. The New York Times reported that both Trump and first lady Melania Trump privately received their vaccines in January before he left office.

Democrats came up short on MLK day promise. What’s next for the push for a voting rights bill? – USA TODAY