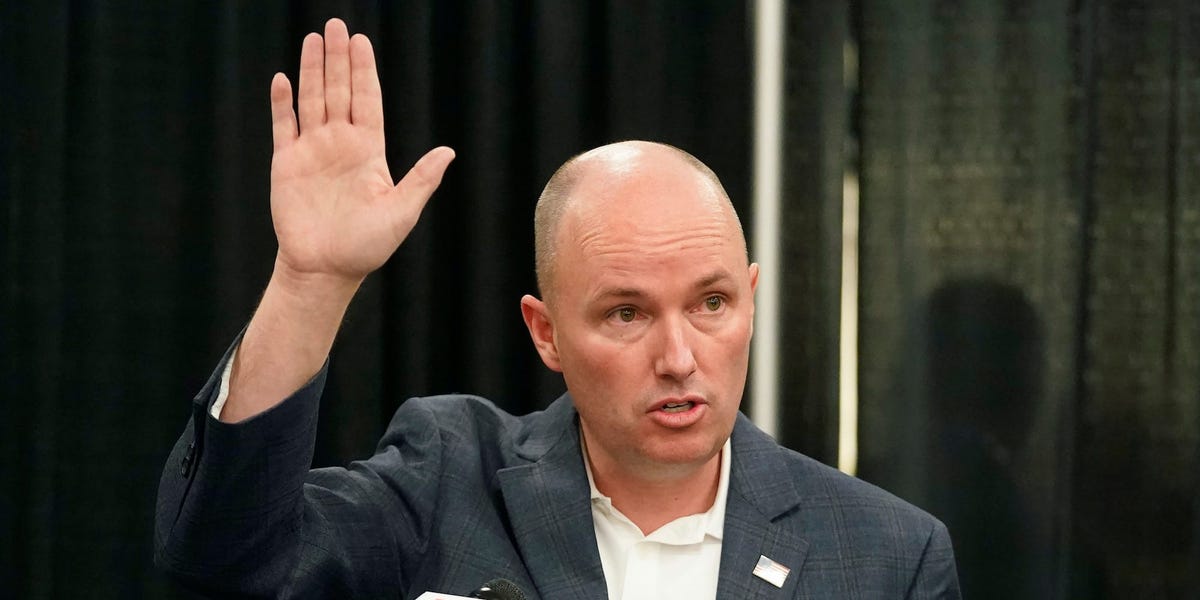 Gov. Spencer Cox of Utah, a Republican, is enthusiastically opening up his state to refugees fleeing Afghanistan, citing the state’s origins as a safe haven for Mormons.

Other governors from both parties are steadily following suit in offering up their assistance with resettling the thousands of Afghans desperately seeking to flee the Taliban and start new lives in the US.

Utah, Cox wrote in a letter to President Joe Biden and Secretary of State Anthony Blinken has “a long history of welcoming refugees from around the world” and is “eager to continue that practice” with refugees from Afghanistan.

“Utah’s history guides our approach to refugees,” Cox said. “Our state was settled by refugees fleeing religious persecution 170 years ago. Their descendants have a deep understanding of the danger and pain caused by forced migration and appreciate the wonderful contributions of refugees in our communities.”

Here are the US governors who have publicly spoken on accepting refugees:

The US-backed Afghan government collapsed in a matter of days following the US’ withdrawal of its military presence, leading the Taliban to swiftly take over control of the country for the first time since the US invasion in 2001.

The seemingly overnight Taliban resurgence collided with a bureaucratic backlog of outstanding visa applications yet to be processed and approved, putting vulnerable Afghans in the crosshairs.

Tens of thousands of Afghans worked alongside coalition forces in Afghanistan, many of whom have applied for Special Immigrant Visas (SIVs) to allow them to resettle in the US.

Approximately 2,000 Afghan SIV recipients and applicants have been able to leave Afghanistan, but thousands more with yet-to-be-processed applications remain.

In addition to those Afghans, many prominent political figures and human rights activists in the country are also in immediate danger of persecution for crossing the Taliban.

But the US is currently on pace to take in fewer than 10,000 refugees this year, which would be the lowest level since 1975, and has so far accepted fewer than 500 refugees from Afghanistan in 2021, Insider’s Charles Davis reported.

Advocacy groups and Evangelical Christians are raising alarm about the plight of vulnerable Afghans and calling on the Biden administration to get as many SIV and refugee seekers safely evacuated from Afghanistan as possible.

Some Republican governors, however, may resist efforts to take in Afghan refugees, leading to a potential partisan showdown with the Biden administration similar to the one that played out during the 2015 Syrian refugee crisis.