A new message from the Vatican underlines its objection to same-sex marriage. The message cited Pope Francis’ own words from 2016. Tiziana Favi/AFP via Getty Images hide caption 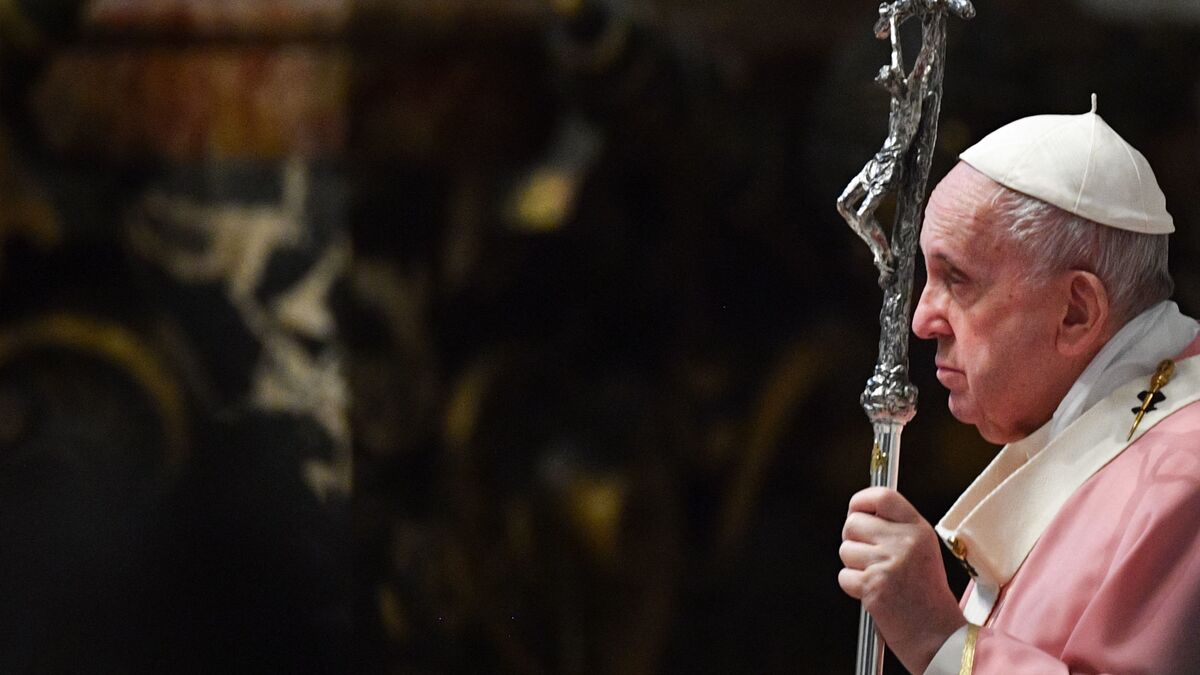 A new message from the Vatican underlines its objection to same-sex marriage. The message cited Pope Francis’ own words from 2016.

The Roman Catholic Church cannot bless same-sex marriages, no matter how stable or positive the couples’ relationships are, the Vatican said on Monday. The message, approved by Pope Francis, came in response to questions about whether the church should reflect the increasing social and legal acceptance of same-sex unions.

“Does the Church have the power to give the blessing to unions of persons of the same sex?” the question asked. “Negative,” replied the Vatican’s Congregation for the Doctrine of the Faith, which is responsible for defending Catholic doctrine.

The church says its answer regarding same-sex couples “declares illicit any form of blessing that tends to acknowledge their unions as such.”

The message underlines the church’s insistence that marriage should be limited to a union between a man and a woman, saying that same-sex unions involve “sexual activity outside of marriage.” In the Vatican’s view, same-sex marriages are not part of God’s plan for families and raising children.

“The presence in such relationships of positive elements, which are in themselves to be valued and appreciated, cannot justify these relationships and render them legitimate objects of an ecclesial blessing,” the statement said.

Because of the Vatican’s stance on marriage, critics have accused the church of treating LGBTQ people as lesser members of its congregation. In an apparent response to those concerns, the Vatican said on Monday that its declaration is not meant to be “unjust discrimination.”

It called on Catholics “to welcome with respect and sensitivity persons with homosexual inclinations.”

The Vatican also said that its refusal to give religious approval to same-sex marriage does not preclude giving blessings to homosexual people. But it added that the church “does not have, and cannot have,” the power to bless same-sex relationships.

The message cited Francis’ own words from 2016, when he wrote, “there are absolutely no grounds for considering homosexual unions to be in any way similar or even remotely analogous to God’s plan for marriage and family.”

That line comes from “Amoris Laetitia” (The Joy of Love), the papal treatise on families that was widely seen as Pope Francis’ move to make the Catholic Church more inclusive. When it was published, the document set off disagreements within the church hierarchy over whether Catholics who have been divorced and remarried should receive sacraments.

Pope Francis has been viewed with cautious optimism by LGBTQ groups because of remarks like his statement, widely published in 2020, that homosexuals are “part of the family” and that same-sex and other nontraditional couples need a “civil union law.” But rights advocates also noted that the pope’s remarks didn’t promise a change within the church, saying the comment seemed to reflect his own opinions, rather than a shift in Catholic doctrine.
Source Link